67-year-old Irish actor Gabriel Byrne was spotted doting on the latest addition to his family recently while out and about in New York. 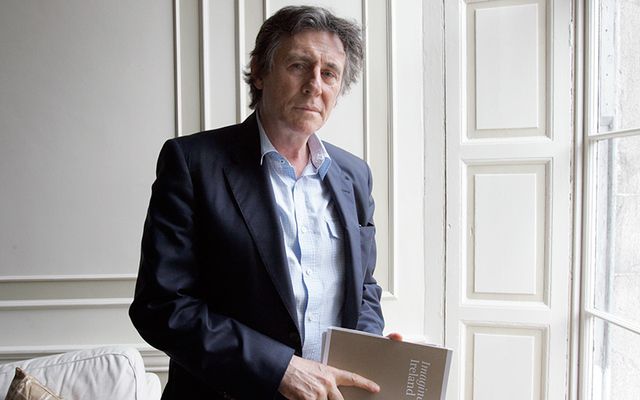 Having welcomed his third child into the world just last February, 67-year-old Irish actor Gabriel Byrne was spotted doting on the latest addition to his family recently while out and about in New York.

His first child with his producer wife Hannah Beth King, the name of the little girl is still unknown, but the proud parents looked besotted with their new baby as they took her out for a stroll around the city.

Byrne has two children from a previous marriage to actress Ellen Berkin - Jack, 28, and Romy, 25. The pair split amicably in 1999 and Byrne remarried in a low-key ceremony in Ballymaloe House Co. Cork in 2014.

Although a resident of New York, Byrne is believed to want to bring his new daughter on a visit to his native Ireland as soon as possible.

“His first two kids, Jack and Romy, come to Ireland a lot. He will want his new daughter to have the same relationship with his home country and hold an Irish passport.”

While the exact age difference between Byrne and his second wife is unknown, the actor has previously stated that he feels it makes no difference to their relationship.

“Not to sound too corny, but there is only one thing that matters in a relationship. You either love somebody or you don't,” he previously told the Belfast Telegraph.

“It's nothing to do with me trying to revitalize or have a second life or any of that bulls**t.”

Earlier this year, the actor also addressed the concept of privacy and being in the public eye and how this has changed with the development of technology, drawing parallels between being a well-known figure and living in small-town Ireland.

“In terms of my own privacy, I really do try to protect it,” he told Hotpress magazine.

“If I want to say something, I’ll say it. Interviews are a superficial, banal invasion of one’s life.

"I’ve always thought being well-known and being in the public eye are not very different to living in a small village. If you live in a small village and have a row with your wife, the village knows about it, even if you think they don’t.

“You have to come to terms with the fact that, what you get back from the village in terms of security and connection and personal relationships comes at the price of you, sacrificing your privacy,” he continued.

“On the public scale, that’s what fame is like. Sometimes you go into a café and just want to have a cup of coffee and someone comes over and wants to take a photo – well that’s no different to going into the local pub and thinking ‘I want to have a pint by myself and watch the racing on television’. And then some fella sits down beside you and starts talking away to you.”