The Irish actor and cultural ambassador tells of being a victim of an anti-Irish attack carried out by British soldiers in 1980s London. 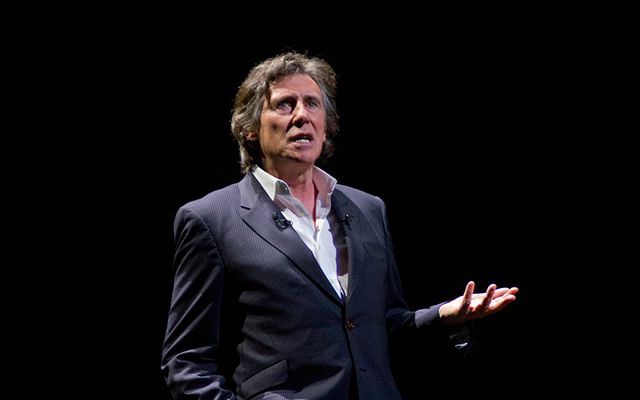 The Irish actor and cultural ambassador tells of being a victim of an anti-Irish attack carried out by British soldiers in 1980s London. WikiCommons

Irish actor Gabriel Byrne has likened the mood in New York City after the election of Donald Trump to the day after the 9/11 attacks in 2001. The 66-year-old Dublin native, who now lives in Manhattan, has spoken of the “disbelief and fear” that greeted New Yorkers on November 9 when they were forced to leave their “echo chambers” and come to terms with the fact that the Republican candidate was to be the 45th President of the United States.

"The last thing I remember like that in this city was after 9/11 when people were wandering around in shock and disbelief and fear,” he told Irish comedian Jarlath O’Regan on his podcast “An Irishman Abroad.”

The Irish cultural ambassador also spoke of his worry about Trump’s administration’s plans for undocumented immigrants in the city and expressed that there was “an awareness” in New York City, in particular, that Trump’s Presidency could mean a “dictatorship”.

"For undocumented workers, and I know quite a few around the city, it's hard to imagine how afraid these people are,” the 66-year-old said.

"There was one guy working on a building site who told me he couldn't go to his father's funeral because he was afraid he wouldn't be let back in again.

"When you see families being torn apart, you realize that not being awake politically results in this kind of situation. People in New York were in an echo chamber and they were almost smug that she would win. There's a fear and an awareness that we could be entering a totalitarian dictatorship," he continued.

Read more: Is Trump going to be in New York for St. Patrick's Day?

On the same podcast, Byrne also recalled his own experience of being a somewhat unwelcome immigrant, telling O’Regan he was the victim of an anti-Irish attack carried out by British soldiers in 1980s London.

“It was the 1980s, and for people who are unfamiliar with that and the political reality at the time, the IRA had taken the campaign onto the British mainland and there were several bombings there,” Byrne said of the second time he moved to London to pursue his acting career.

“There was a great anti-Irish bias at the time, in newspapers and comedy, and Irish people – no matter how long they had lived there – as a result of this dreadful campaign of violence and speaking with an Irish accent could get you beaten up.”

He continued to tell of a “traumatic” experience when he was physically attacked by four British soldiers just returned from Northern Ireland when they heard his Dublin accent while waiting for a cab.

“One of the guys just tapped me on the shoulder and said where are you from and I said, I’m from Dublin,” Byrne recalled.

“He said, ‘You’re Irish then?’ and I said, yeah, and with that, he head-butted me in the face and the other three came around and started to kick and punch.

“Obviously I went down.”

The police later found his attackers but Byrne didn’t wish to press charges.

“They told me the four guys were actually soldiers who had just come back from Northern Ireland that day and presumably they had come under stress for however long their term of duty was there.”

Were you in NYC the day after the Presidential election 2016? What did you think of the atmosphere? What was the atmosphere like where you were? Let us know in the comments section.