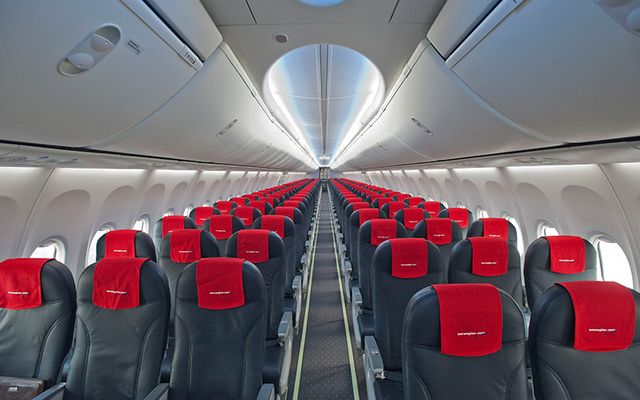 The budget airline sold its first Ireland-US this flights on Thursday to much fanfare, with media attention focusing on the fact that some were to be sold for as little as $65.

The airline told IrishCentral its $65 tickets almost completely sold out on the day and their current cheapest fares are $99 one way tickets during the winter. In total 5,000 tickets have been sold this week alone.

But Walsh was bullish in the face of such competition. “I’ve always said we’ll compete with Norwegian. The difference between Norwegian and us is we’re profitable,” he insisted. “The fares that they’ve launched are clearly just designed to get some headline media coverage. They’re not sustainable.”

But the entrance of Norwegian into the market seems to have rattled the shamrock embossed carrier and its CEO Stephen Kavanagh has mused about cutting down on in flight frills to reduce its own prices. At some point it may offer customers the option of opting into the inflight entertainment and checking in a bag, things that are currently included and reflected in its ticket prices.

His press team didn’t seem to have gotten the memo though and tweeted Norwegian Air extolling the virtues of such inclusions in their ticket prices.

Ireland’s national airline Aer Lingus was sold to IAG in 2015 and its recently released annual results showed a spike in profits under new managment. Its profits have soared from $115 million in 2015 to $220 million this year.

The higher profit margins were attributed to the airline’s near 10% capacity growth following the introduction of new routes to Newark and Los Angeles, the low cost of fuel and some cost savings. Direct flights to Las Vegas and Miami are also being mooted.

IAG were hit by the devaluation of the British pound sterling following the United Kingdom’s decision to quit the European Union in June, but despite this, “For the full year, it was a good performance in a challenging environment,” Walsh observed.