The Norman Heritage Park is slated to open in 2021. 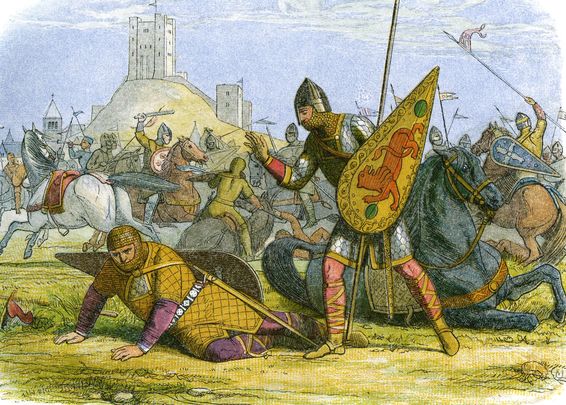 Granard Motte and Bailey was returned to public ownership this week with a local politician describing it as the "jewel in the crown" of Longford tourism.

The 12th-century Norman structure is Ireland's highest motte and plans were announced last summer to build a "living model" of a Norman village at the site.

State tourism agency Fáilte Ireland allocated €640,000 toward the building of the "Norman Heritage Park", while the Longford County Council has allotted around €3 million to the project, bringing the total amount of investment to almost €4 million.

Key features of the heritage park will include a fully accessible recreated Norman ship, a “treasure tunnel”, and buildings across the park ranging from a banqueting hall to a typical family home. The village will transport visitors back 800 years and show them how Normans lived in 12th and 13th-century Ireland and is slated to fully open in 2021.

Rediscover what Treasures the Landscape holds.
Granard Motte & Bailey is one of the best examples of an Anglo-Norman fortification in the country, it was erected upon and within a pre-existing ringfort or rath which belonged to a local branch of the Farrell clan.#keepdiscovering pic.twitter.com/XIQX8ceHJ8

The Norman village will be built adjacent to the Knights & Conquests Heritage and Visitor Centre, which opened in Granard in September 2018.

Read more: The impact Viking and Norman DNA had on the Irish

The Knights & Conquests Centre tells the story of the Norman conquest of Ireland and is run by a general manager and a group of volunteer tour guides.

The center also assists in the conservation of the Granard Motte and Bailey.

And now the motte and bailey is under public ownership once more.

The Longford County Council acquired the motte and bailey earlier this week and PJ Reilly, a Longford Councilor, said that the acquisition was a long time coming.

"Negotiations have been going on a long number of years but it is fantastic to see it now come to a successful conclusion," he told the Longford Leader.

The motte, which is located 163m above sea level, was built in 1199 by Norman knight Richard de Tuite as part of a campaign to expand Norman control over the island of Ireland.

Granard Motte is the mound which is all that remains visible of a motte-and-bailey castle in Granard, County Longford. https://t.co/sv8lYhByz2 pic.twitter.com/cVAgiOLqpN

The motte is a great, circular, earthen mound housing a defensive tower made out of timber surrounded by a defensive wall or fence.

The bailey, which is surrounded by a defensive ditch, would have housed soldiers and animals.

The structure would have been very strongly fortified and also consisted of a deep trench from which soldiers could have hurled missiles at approaching soldiers.

There are spectacular views from the summit of the motte and bailey, which offers views of five lakes and nine different counties.