PLAY Airlines will be operating a low-cost route between New York's Stewart Airport and Dublin Airport with a layover in Iceland beginning this June. 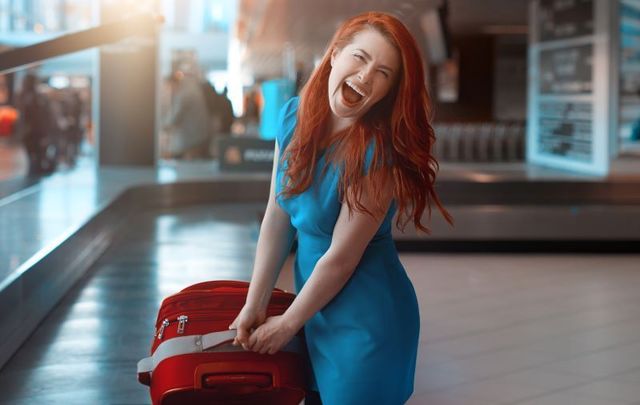 PLAY Airlines announces a new low-cost route between Dublin and New York with a layover in Iceland beginning this summer. Getty Images

PLAY has launched ticket sales for routes between New York Stewart International Airport and Dublin Airport with a layover in Iceland that will begin this June.

In doing so, PLAY becomes the only airline to operate international flights from Stewart Airport in New York's Hudson Valley region.

According to PLAY's website today, February 2, the first flight from New York Stewart to Dublin with available tickets is June 10. The route includes a 1 hour 20 mintue layover at Keflavik Airport in Reykjavik, Iceland.

The first PLAY flight from Dublin to New York Stewart with available tickets is June 9. This route also includes the layover in Iceland.

The news of the PLAY's international operations to and from Stewart Airport comes not long after the low-cost Icelandic airline confirmed it would be operating direct routes between Dublin and Baltimore / Washington as well as between Dublin and Boston from this spring.

New York Stewart International Airport in New Windsor, NY is a small airport with shorter lines and waiting times at security, customs, and baggage claim. Exiting the airport takes about 30 minutes or less, and transport to the city is easy and accessible. Buses are the cheapest option to get to Manhattan from New York Stewart, and they are timed with arrivals/departures of PLAY’s flights.

The area around New York Stewart Airport has a lot to offer, PLAY says. Woodbury Commons, one of the largest outdoor outlets in the world, is a 25-minute drive from the airport. The outlets have 220 stores and many of the same brands one would expect to find at Madison Avenue in Manhattan. Last year, the world’s largest Legoland opened in the area, only 25 minutes from the airport.

PLAY says that New York Stewart Airport is approximately a 75-minute drive from Times Square in Manhattan. While New York Stewart is visibly further away from Manhattan on a map than JFK Airport and Newark Airport, the time it will take passengers to get from these airports to Manhattan is nearly the same.

The total time from landing at New York Stewart Airport until arrival in Manhattan can take up to 2 hours, while a similar journey can take up to 2 or 3 hours through JFK and Newark since waiting times are much longer at those airports, PLAY says.

The cost of operating at New York Stewart Airport is significantly lower than other airports in New York, making it possible for PLAY to offer the lowest fares between New York and Europe, the airline says.

Because of less air traffic at the airport, PLAY´s aircraft will spend less time taxiing on the ground and in holding patterns, saving fuel, operating expenses, and emission. This aligns well with PLAY´s strategy of offering the lowest prices, comfortable and relaxed service in an environmentally-friendly manner.

Birgir Jónsson, CEO of PLAY, said: ”After we learned of the economic growth and the attractions in the area surrounding New York Stewart and the benefits the airport has, we did not hesitate and believe that this is a great opportunity. This decision enables us to offer the lowest prices on flights between New York and Europe as we get a good deal being the first airline operating international flights from the airport.

"Passengers traveling through New York Stewart have many comfortable transportation options from the airport to all directions, not to mention how friendly and efficient it is to use for our passengers. There is also a lot of expectations and excitement for PLAY´s operations at New York Stewart among the local economy and various stakeholders in the area."

PLAY will operate flights to 25 destinations in the US and Europe in 2022. PLAY will have six new Airbus A320neo and A321neo aircraft in operation by summer. The Airbus A320 family suits PLAY´s operations particularly well because of its fuel efficiency, which translates into lower carbon emissions. Also, the Airbus A320 family has the size and range flexibility to reach small and large markets close by and far away.