St. Valentine, the patron saint of love, was executed in Rome and buried there in the 3rd century. His body was later exhumed, however, and taken to Dublin. 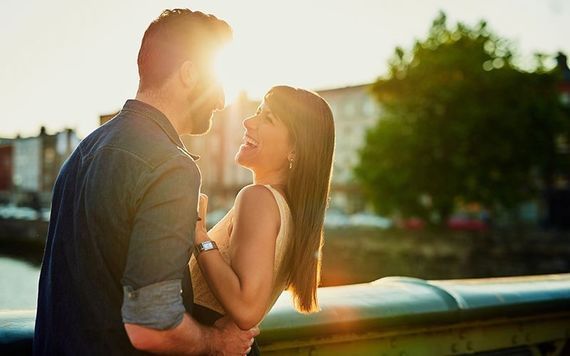 The patron saint of love, St. Valentine, is buried under a Dublin church where those in search of romance still come on pilgrimage. Getty

St. Valentine, the patron saint of love, was executed in Rome and buried there in the 3rd century. Much later, an Irish priest was granted permission to exhume his remains, and now his skeleton lies under Whitefriar Church in Dublin.

In 1835 an Irish Carmelite priest, Fr. John Spratt, used his Irish charm to convince then Pope Gregory XVI to dig up St. Valentine’s remains and take them home as a gift to his fellow Irishmen and women.

Until last year, love-seeking Irish turned up at his site every St. Valentine’s looking for help in finding that special one.

"God has someone in mind for me, and I obviously haven't met him yet. So I just hope that Saint Valentine will assist me, that I will find him," said one female visitor.

Another said, "We just prayed to find the right one, and I believe I will be led to him when the time is right."

A couple said they came back to pay homage because they met at the site four years ago and now plan to get married.

“This is our perfect place," said the woman who declined to give her name.

Meanwhile, the Whitefriar Street Church in Dublin is celebrating St. Valentine’s this weekend and glad to welcome all.

"It was not uncommon at the beginning of the 19th century for local churches around the world to be given relics taken from the catacombs in Rome," said Carmelite priest Chris Crowley.

Valentine, who was executed in the 3rd century for performing Christian marriages, has prompted the priests of the church where he is buried to celebrate the feast of love and happiness.

"So Valentine is with us and we're very happy to have him," Crowley told AFP.

In 1950 a statue and shrine were built to honor St. Valentine and placed in the church. As soon as people in Ireland realized that the saint of lovers was buried right under their noses they came flocking to the church to give up their amorous prayers to the saint.

Despite companies around the world cashing-in on the romantic holiday, the Carmelite priests said they are staying well clear of the commercialization the holiday enforces and they plan to keep sales of Valentine memorabilia to a minimum.

"We do want to keep it on a level that it's not just 'Valentine's Day.' That would diminish the significance of the saint," said David Weakliam, another Carmelite priest.