"A little place with a big heart" - Irish actor Liam Cunningham a tough time picking his favorite places in Ireland. 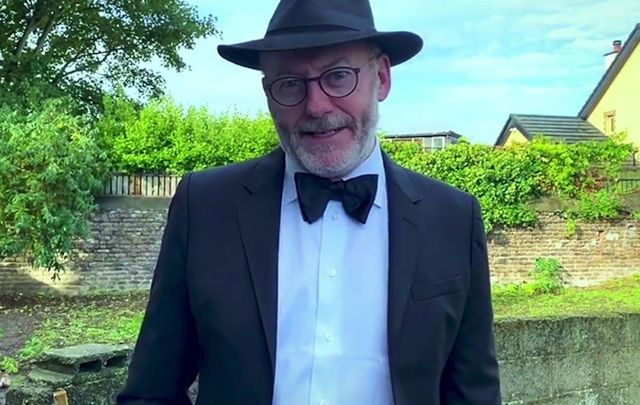 The Dublin star who played Ser Davos Seaworth in the HBO epic, GOT, admits he's a Munster man at heart naming Cork and Kerry as his favorite spots.

Liam Cunningham the Irish actor who starred in Game of Thrones as Ser Davos Seaworth is originally from Dublin's city center but speaking in a video for Tourism Ireland's #FillYourHeartWithIreland campaign he admitted that his favorite locations on our island are West Cork and The Kingdom of Kerry. He even admitted he misses Ireland's rain when he's abroad.

Cunningham said “My favorite place in Ireland? Well, there’s got to be more than one, it’s a big place – or it’s a little place with a big heart.

The 59-year-old actor, who starred in The Wind that Shakes the Barley and Hunger among other movie and TV appearances said the world would be a much lesser place if West Cork and County Kerry did not exist.

Of course, the best thing about Ireland, according to Cunningham? The people.

He said “If they weren’t on the planet, the place probably wouldn’t be worth being in. What I love about Ireland is a no-brainer, it’s the people.

The video is part of Tourism Ireland’s #FillYourHeartWithIreland online campaign, sharing inspirational content about Ireland with its millions of fans and followers on social media who are unable to visit the country this year. The aim is to keep Ireland ‘top of mind’ with prospective international visitors.

“Tourism Ireland was delighted to work with the Irish Film and Television Academy, and with Liam Cunningham, to create this wonderful video,” said Siobhan McManamy, Tourism Ireland’s director of markets.

Cunningham's video came after 007 himself, Pierce Brosnan, a Navan, County Meath man, made a similar video for Tourism Ireland and the Irish Film and Television Academy.