Overseas visitors to Ireland increased by more than two percent compared to the second quarter of 2018. 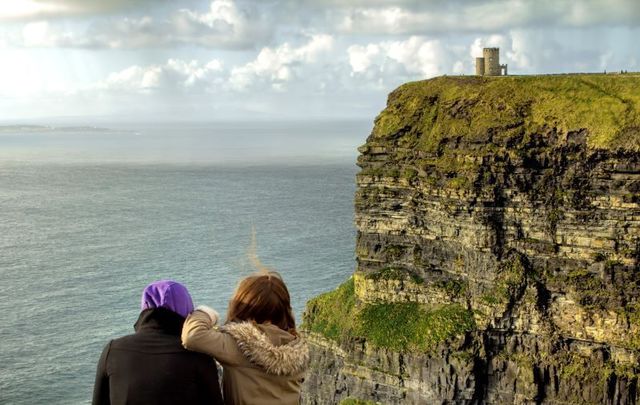 Ireland enjoyed a growth of 2.4 percent in overseas visitors compared to the same period in 2018

Irish tourism enjoyed a bump during the second quarter of 2019 as compared with 2018, thanks in part to visitors from the US.

On September 11, Ireland’s Central Statistics Office released its tourism figures for the second quarter of 2019, which accounts for April through June. The Irish Independent notes that for the first time ever, visitors to Ireland in the second quarter topped 3 million.

Niall Gibbons, CEO of Tourism Ireland, said in a press release that the second-quarter figures “indicate a very mixed picture.”

Gibbons noted that while revenue from British visitors and Mainland European visitors each dropped by 4 percent, revenue from North American visitors grew by 9 percent. He acknowledged that the uncertainty regarding Brexit could have had an effect on revenue from Great Britain.

Read More: Irish tourism is at a record high, here’s why

Speaking with The Irish Independent, Ronan Dunphy, an economist with Investec Ireland, said: "Although overall tourism numbers have been increasing strongly in the past few years, the stand-out feature has been the very strong growth in visitor numbers from the US.

"This market doubled in the five years to 2018 and it has again been the main driver of tourism growth this year.”

He added: "While this increase has corresponded with a stronger US dollar and a strengthening US economy, we would also highlight increased marketing spend by tourism agencies in the US market, expanded transport routes, strong cultural affinities between the two nations and the perception of Ireland as a relatively safe holiday destination.

"The importance of the North American tourist market to Ireland is underlined by the fact that such visitors stay in the country longer and spend more per trip than the average visitor.”

Read More: 2018 is the busiest year ever for tourism in Ireland

Looking ahead, Gibbons touched upon Tourism Ireland’s €12 million ($13 million) autumn campaign, which he says hopes to entice visitors to Ireland during the off-peak season.

Traveling to Ireland in 2019: IrishCentral now has a sister travel company called Irish Studio Travel who can help you book your entire vacation in Ireland, no matter your budget.

Have you visited Ireland in 2019? Tell us about it in the comments!