WATCH: Summer on the sunny "Irish Riviera" nearly 90 years ago

"The Irish Riviera," a short Irish travelogue from the Irish Film Institute, showcases the sunny south coast of Ireland in 1936. 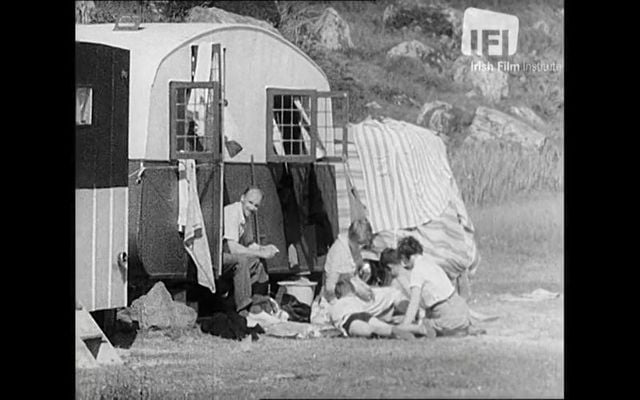 "The Irish Riviera" takes a look at summer holidays in Ireland in 1936. Irish Film Institute

"The Irish Riviera," a short Irish travelogue from 1936, is now available to stream for free on the Irish Film Institute's IFI Archive Player.

This early example of a state-sponsored promotional film was made in 1936 and showcases the sunny south coast of Ireland and everything it has to offer to a first-time visitor to Ireland.

Made by the Irish Tourist Association, the film briefly visits Cork City showing that from the busy shopping centre of Patrick’s Street, to the Bell tower of Shandon, Cork is an eclectic, vibrant city.

It then lingers at the remote outposts of Mizen Head, Garnish, and Dunquin, as the province of Munster is further explored. The viewer discovers the variety of cultural influences the Spanish Armada had on the south of the country, and learns that only a few miles off the shore of Kinsale, Lusitania (the ocean liner destroyed by a German submarine in World War1) sank 20 years prior to this film being made.

A particular treat for audiences is a visit to the Blasket Islands, where we see the residents take a boat out to the mainland. Unfortunately, as a result of persistent emigration, the population of the Blaskets declined and was eventually abandoned in 1953 when only 22 inhabitants remained.

"The Irish Riviera" is part of the IFI's Bord Fáilte Film Collection.

Some of the largest collections held by the IFI Irish Film Archive come from Government departments and State and semi state bodies. Apart from their educational and entertainment value in a country that did not have its own television station until 1961, these state-sponsored produced films are noteworthy not only for their high production values and interesting content, but also for the calibre of those involved in their creation. Luminaries of the Irish acting world would often make a appearances, and at a time when the Irish film industry was underdeveloped and opportunities for technical training were limited, important figures such as Louis Marcus, Bob Monks, Colm Ó Laoghaire, George Fleischmann, Gerard Healy and Rex Roberts all found gainful employment in their production.

"The Irish Riviera" is published here with kind permission of Fáilte Ireland and with thanks to the Irish Film Institute (IFI), who IrishCentral has partnered up with throughout 2022 to bring you a taste of what their remarkable collection entails. You can find all IrishCentral articles and videos from the IFI here.