The native Irish red squirrel is making a comeback, studies have found. 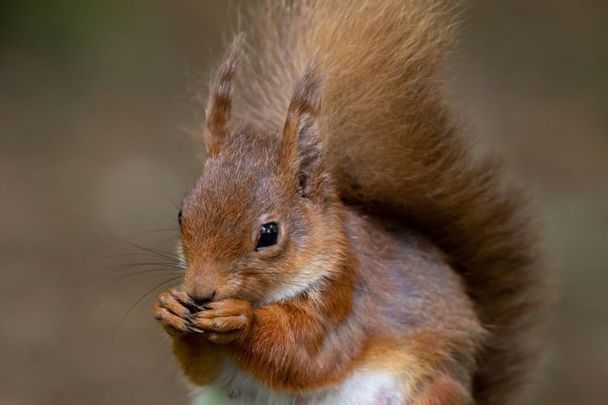 The Irish red squirrel, once nearly on the brink of extinction, has been saved in Kilkenny city thanks to the pine marten.

The number of native red squirrels in the area, which has been in Ireland since before the last Ice Age, had significantly declined because of the invasive, non-native grey squirrel, a species introduced to Ireland in 1911.

The grey squirrel is larger and more aggressive and carries a deadly virus that is lethal to the red squirrels.

The introduction of another Irish species, the pine marten, is giving the Irish red squirrel a chance to make a comeback.

Because the grey squirrel is heavier and spends more time on the ground, it is easier for the predatory pine marten to catch and eat than the smaller and faster red squirrel, Kilkenny People reports. Since the introduction of the pine marten there has been a rapid decrease in the number of grey squirrels in the area.

Now the beautiful Irish red squirrels have been seen regularly along Kilkenny’s popular walkway, the Lacken Walk, across from Kilkenny Castle near the banks of the River Nore.

Update: According to a June 2020 report in Science Daily, a study conducted at the National University of Galway found that the number of red squirrels is on the increase in Ireland thanks to the return of the pine marten, a native carnivore.

Dr. Colin Lawton of the Ryan Institute, NUI Galway said: "This study brought together colleagues from institutions all across the island, and this collaborative approach gives us a full picture of the status of these three mammals in Ireland.

"We are delighted with the response from the public, who were enthusiastic and showed a wealth of knowledge of Ireland's wildlife. It is great news to see two native species recovering and doing well."