Achill Island's Keem Beach was voted the best wild swimming spot in the UK and Ireland, with four other Irish locations making the top 20. 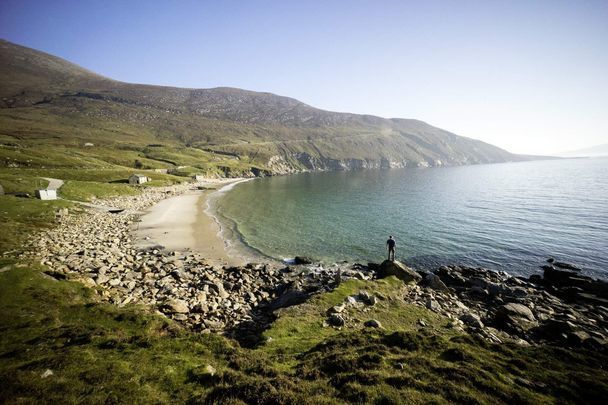 Five Irish beaches have been included in the top 20 "wild swimming spots" in the UK and Ireland, with Achill Island's Keem Beach topping the list.

Compiled by Ocean Bottle, the ranking attempts to find the best wild swimming locations in the UK and Ireland, using government websites to source the "bathing water quality" of more than 800 waterways.

The site assessed the average water quality over a number of years, including the E.coli and intestinal Enterococci count at each beach. It then compared each location's water quality with its reviews on Google to uncover the best area for wild swimming. Any beach with fewer than 100 Google reviews was discounted.

It is no surprise that Keem Beach topped the list given that it is consistently ranked among the best beaches in the world.

Located on Achill Island off the coast of County Mayo, Keem is a breathtaking and sheltered beach that is surrounded by stunning cliffs. Boasting white sands and crystal clear water, Keem rivals a tropical island.

The stunning Dog's Bay in Connemara was one place behind Curracloe in 13th place, while Enniscrone Beach in County Sligo was the final Irish entry on the list in 14th.

Barafundle Bay in Wales was the second-highest wild swimming location on the list, with two other Welsh locations (Mwnt Beach and Marloes Sands) coming in third and fourth place respectively.