While being stuck at home during the pandemic, Gearoid Mcdaid documented his time roaming Dublin and catching Ireland's waves. 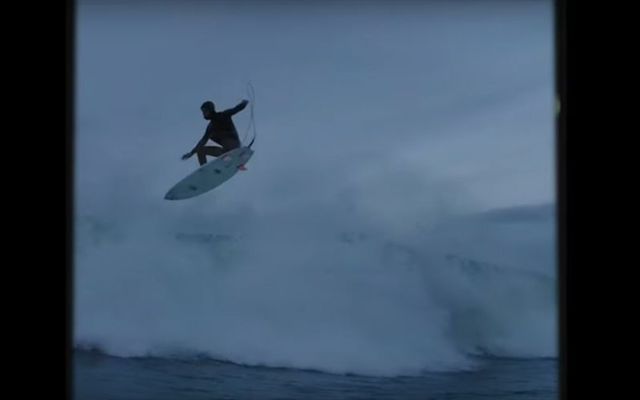 The 25-year-old Sligo surfer is one of Ireland's top competitors in the sport.

And indeed, Ireland -- with its treacherous waves, icy cold waters and even colder weather -- is "one of the toughest breeding grounds for surfers," according to Tracks magazine.

While being stuck in his home country during the pandemic, Mcdaid documented his time roaming Dublin, sampling pints, and packing heavy slabs at some of Ireland's most notorious waves.

"A year stuck at home due to Covid got me thinking to go see some sights I never had before in Ireland," said the three-times Irish men's champion in a Facebook post.

The result was "Domestic Tourist."

The video, which was made with support by Monster Energy, was directed and edited by Clem McInerney.

In a Facebook post, McInerney said of the video: "We had a blast creating this piece. Thanks so much to all the contributors and everyone who helped out along the way.

"The b roll for this was shot on my very first camera from when I was a kid. The 8mm tape was recorded over several times over the years (including 1998 McInerney Christmas morning!) and gave really cool characteristics and look.

"Our idea for this piece was inspired by the fact we always chase along the coast, we never spend time in the cities so we spent some time exploring what the capital had to offer!"

This isn't the first time the surfer and the Co. Clare filmmaker have worked together. McInerney has created several short films featuring the surfer, including the 2020 video "Iso Dreams," which reflects on a trip Mcdaid took to South America.