How to find a holy well in Ireland

Ireland's holy wells are perfect places for contemplation that are well worth a pause and a prayer if you are lucky enough to come across them. 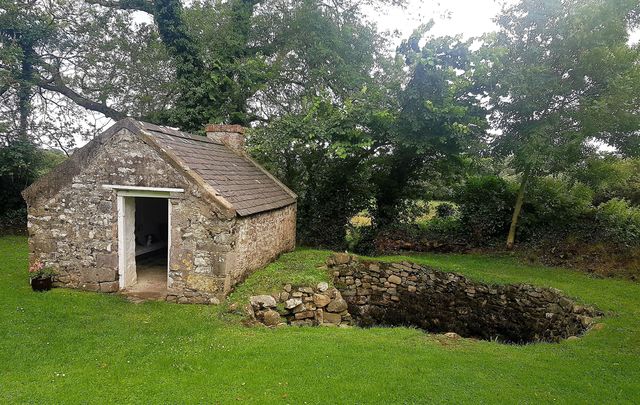 There are hundreds of holy wells to be found all over Ireland, many still in use. They are well worth a pause and a prayer if you are lucky enough to come across one of them.

Wells have been regarded as sacred places since long before they were credited with the Christian saints' names they bear today. In pre-Christian times, wells served as a form of "religion of nature" where sources of water were regarded with honor.

"Tobar" is the Irish word for "well," so if on a quest to hunt one down, anywhere with a name that begins or ends in something like "tubber," such Ballintubber/Baile an Tobair ("the town of the well"), is bound to have one. They are mostly found close to a church or graveyard, providing easy access to holy water.

You will spot other wells easily – located by the roadside, often adorned with river pebbles, statues, colorful (sometimes plastic) flowers, and dozens of rosary beads.

For many, however, you will have to ask a local to get directions and, possibly, hike over some muddy fields and ditches to get to them.

It will all be worth the trouble, however (call it penance!), as nearly all these wells are in stunning locations high up in the mountains, isolated on islands, or in wild and remote places, such as the Burren in Co. Clare, which has an amazing forty holy wells. The Celts, monks and saints certainly knew how to pick the best sites for peaceful prayer or contemplation.

Many Irish holy wells are named after St Patrick, the patron saint of Ireland; St Brigid, patron saint of Co. Kildare who founded a convent in the county; or a local saint, such as St Colman in Co. Clare.

Holy wells in Ireland are often credited with a cure and, traveling around the country, you will find the cure to most ailments hidden away in a local well. Popular cures involve using the water to sort out you teeth or eyes. Whether that was because of the lack of dentists or the expense of spectacles at the time, who knows, but these places are still being visited today.

Even if nothing too serious ails you, world-weary travelers can seek solace in nature in any of the country's holy wells. Sit beside a well where the water gushes forth from the earth, a symbol of new life in many cultures, and reflect.

People can often leave small, if slightly odd, tokens at wells such as chocolate wrappers and coins or tie pieces of cloth to the branches of overhanging trees.

Search for an Irish holy well and think of all the prayers answered and all the ailments cured. It will certainly make you wonder about the lives of the people who have visited over the years.

Susan Byron is the author of Ireland's Hidden Gems.