In honor of Game of Thrones' final season, a very special tribute to the series' legacy and impact on Northern Ireland appeared across Belfast: Game of Thrones stained glass windows. 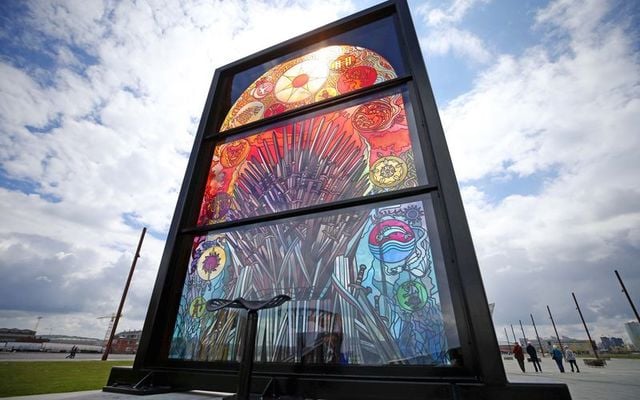 In honor of Game of Thrones' final season, a very special tribute to the series' legacy and impact on Northern Ireland is appearing across Belfast: Game of Thrones stained glass windows.

As Game of Thrones aired its final episodes, huge stained glass tributes to the series began popping up around Belfast to form a Glass of Thrones trail in celebration of the show. One even lets you sit on the Iron Throne!

The day after Game of Thrones Season 8 premiered on April 14, the first of the Glass of Thrones installations was unveiled at the main entrance of Belfast City Hall.

Yay! The big reveal of our #GlassofThrones campaign in Belfast today pic.twitter.com/1q5xU7FUnT

Each window, hand designed by an illustrator and painted by an artist in Bangor, Co. Down, is a nod to a main house or family on the series.

The first stained glass window is all about the Starks of Winterfell.

Jon Snow raising his sword takes front and center, while on the outskirts you can see Arya at different stages in her journey to becoming a fearless assassin, Sansa standing tall and proud, and the horrific events of the Red Wedding.

The Glass Of Thrones installation is part of Tourism Ireland’s new campaign to showcase Northern Ireland as Game Of Thrones territory to millions of fans worldwide.

Here's week two - shout out to the Lannisters!

Loving these fantastic and beautiful stained glass windows featuring Game of Thrones that are being erected in Belfast , each representing a family house from the show , 2 are up and another 4 to follow over next few weeks ❤ pic.twitter.com/bl1y56IHQK

Week four was for the Targeryans.

The 4th @GameOfThrones stained-glass window (#GlassOfThrones), for House Targaryen, has been revealed in Belfast

Week five chronicled the path of destruction and terror laid by the Night King, White Walkers, and wights.

And week six, arguably the coolest of all, honored the Iron Throne, complete with a seat for the ultimate photo op, in front of Titanic Belfast! 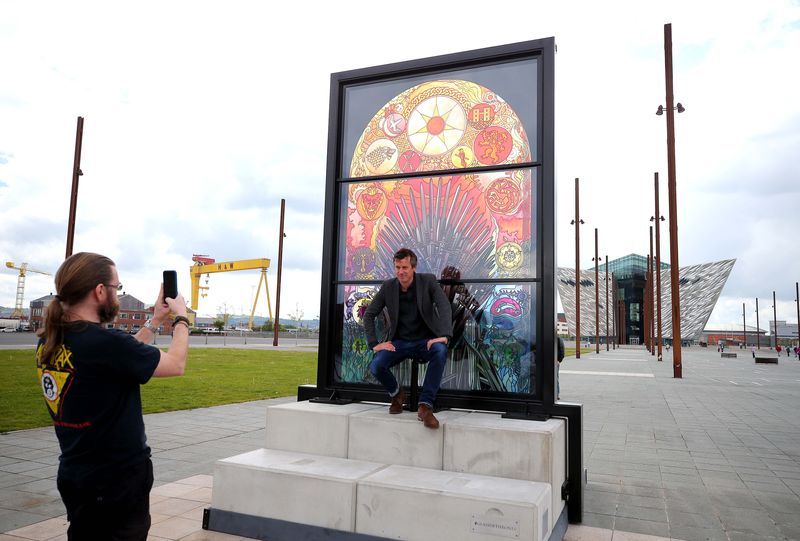 Niall Gibbons, CEO of Tourism Ireland, said the aim of the campaign was to highlight Northern Ireland to audiences across the world.

“We are delighted to continue our partnership with HBO once again in 2019, to highlight Northern Ireland – through the exciting events of Game Of Thrones – on the global stage,” he said.

“We’re reminding people everywhere that Northern Ireland is Game Of Thrones territory and encouraging them to come and explore it for themselves.”

Have you seen any of the Game of Thrones stained glass windows? Share a photo with us on social media!