The six locations described below were chosen for their historical relevance, natural beauty or to reflect the modern side of the city. 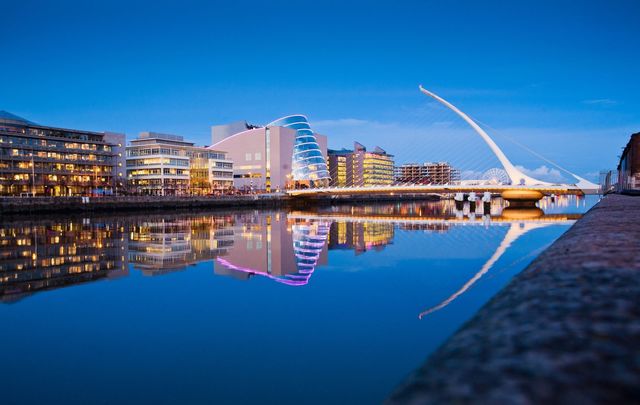 Samuel Beckett Bridge and Convention Center and surrounding buildings on a blue evening with buildings reflected in River Liffey. Getty

As I wanted to plan a trip to Ireland over the summer, I researched and then researched some more, so I could find the most notable photography locations to explore in Dublin.

This was not an easy task since there are a dozen, if not hundreds, of incredible sights that are iconic and worthy of capturing on film.

Thankfully, I had the pleasure of getting some guidance from the man behind Le Paulmier Photography, a global photographer who once lived only minutes away from the River Liffey, in Dublin.

The six locations described below were chosen for their historical relevance, natural beauty or to reflect the modern side of the city.

Read more: Why this Irish city is a winner for a Thanksgiving getaway 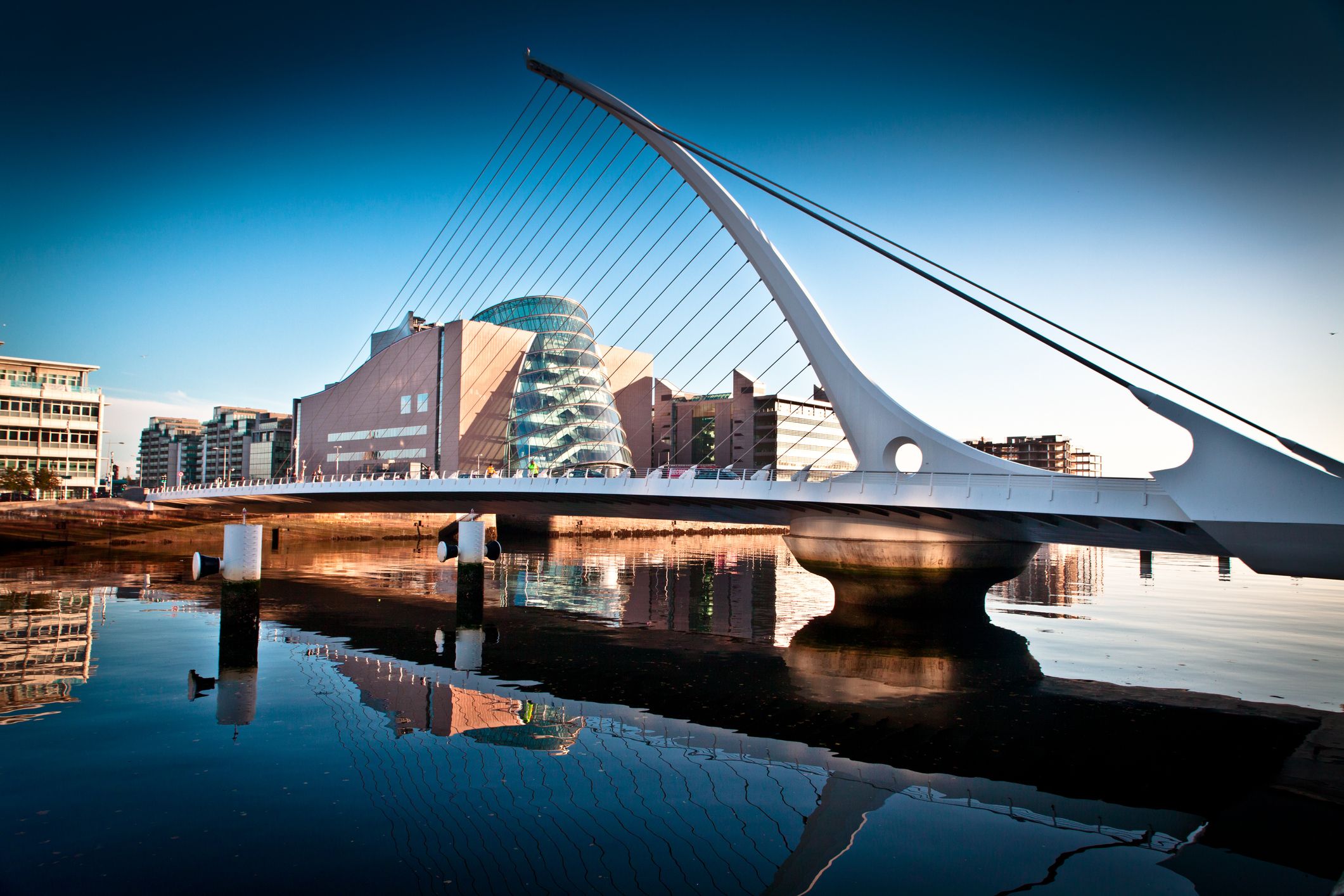 This bridge is one of the most photographed spots in Dublin, but one would have to plan to capture it differently than everyone else.

Instead of standing on the bridge in the middle of the day, you could choose to walk a little further from the bridge, just as the sun is beginning to set in the sky.

You might see a glow that settles directly over the bridge (it can also rotate), as well as the surrounding landscape, making for a unique picture that you could probably never duplicate in the same way, due to the way the sun always changes in the sky.

This district is quite historic and in addition to all the restaurants, pubs, and stores, you will find a plethora of people.

Those people can be good or bad (caution during St Patrick’s Day), depending on how you want your photograph to look when you are finished.

It might be preferable to have empty streets, so try to capture the silence early on a Sunday morning, when the rest of the world is sleeping.

If you go, make sure you visit at night too, because the bar district has great beers, as well as hundreds of different bottles of whiskey. Traditional food is available there too and Irish music will always be playing in the background! 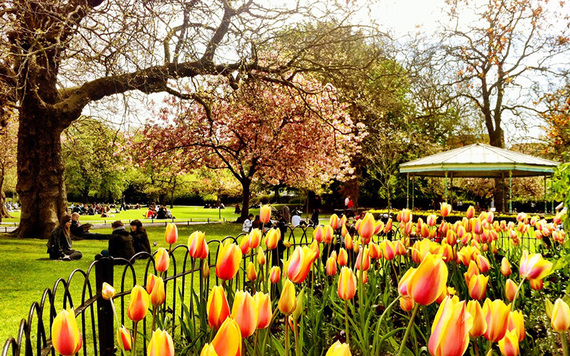 Yes, there are parks all over the world, and many of them are stunning.  However, St. Stephen’s Green is a phenomenal destination that is filled with all the things you want in a photograph.

Think cozy tucked away areas surrounded by flowers and plants, long walkways under the shadows of the trees, and footbridges that twist and turn until you make surprising discoveries.

The hustle and bustle of the city will be just a memory once you walk inside this park and you will instantly relax as your finger constantly clicks on the shutter of your camera.

I think Noel Purcell says it brilliantly with his quote, “Dublin can be heaven, with coffee at eleven and a stroll through Stephen’s Green.”

Read more: Ode to Dublin captures the magic of an Irish Christmas 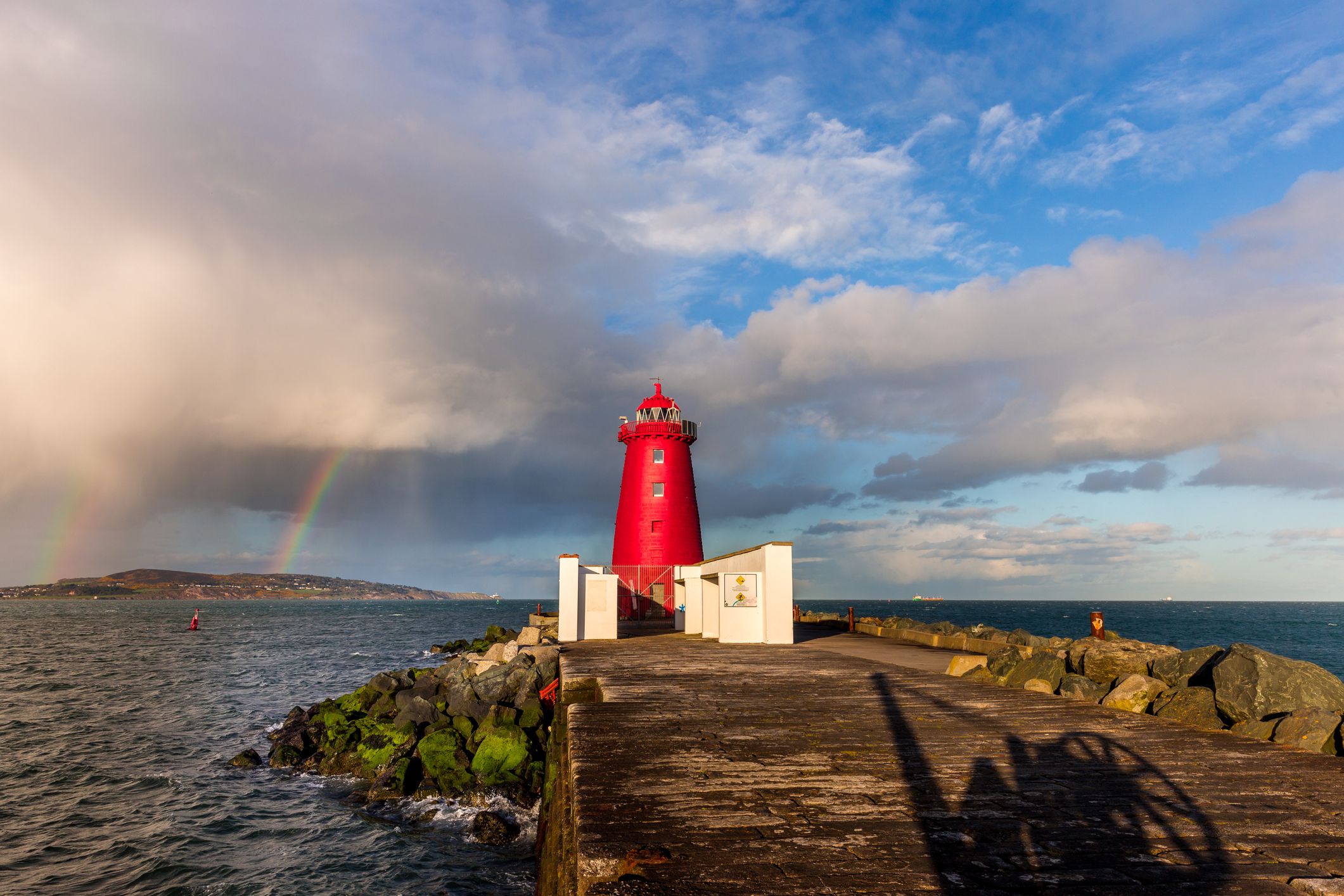 Stormy clouds and a double rainbow behind Poolbeg Lighthouse, a famous landmark at the end of the Great South Wall in Dublin. Image: Getty.

This charming red lighthouse can be found on the edge of this spectacular city, and while many people will venture out there in the middle of the day, you may prefer the light of the early morning hours.

Your goal might consist of capturing this area with the sun coming up, but in Dublin, the rain and fog may be lurking in the background.

Don’t worry though, those natural features might add a nice touch, thus enhancing your photographs, making them truly special.

I wouldn’t recommend even attempting to go out to this lighthouse in the middle of a major storm, because it can be a little dangerous.

However, even with a little drizzle during your visit, it could be exactly what you need to make your time there even more unexpected than you thought. 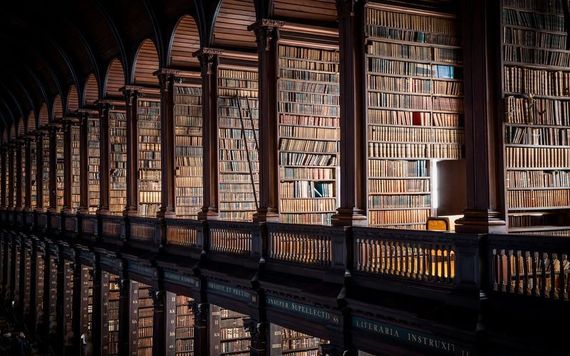 Trinity College can be found directly across from the historic Houses of Parliament.

This college was incorporated back in 1592, however, the buildings you see today are from the 18th and 19th centuries.

During a visit there, you will find yourself capturing photos of the Chapel, Graduates Memorial Building, the Examination Hall, and the Samuel Beckett Theatre.

Since art will be on your mind when you are at Trinity College, there is no harm of wandering through the Douglas Hyde Gallery or attending one of the numerous performances held at the college throughout the year.

You should also make the time to see the Book of Kells, which is over at the Old Library and is considered to be one of the most famous books in the world.

This gorgeous cathedral has been part of Dublin’s history for more than eight hundred years now, so it shouldn’t be surprising that it made its way on the list of places to photograph.

St. Patrick’s is always crowded, so you must plan your time there carefully, especially when you are taking pictures.

Many prefer to visit the cathedral later in the day, less than an hour before they close the doors. There are the fewest people inside at that point and you are free to point and shoot until my heart’s content.

Locals also recommend that you also take the time to wander around the gardens, because you never know where you will find that perfect angle for the photograph of your dreams.

As James Joyce always said, “When I die, Dublin will be written in my heart”.  You might feel the same on your next visit, especially if you get a chance to visit these notable landmarks.

Any Dublin photography hot spots you feel we've missed? Let us know in the comments section, below.