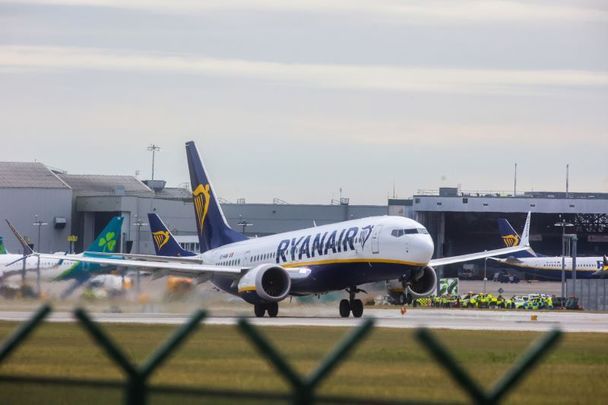 Dublin Airport said the €320m North Runway (designated 10L/28R) and associated facilities were delivered on schedule and on budget by daa, the semi-state parent company of Dublin Airport and Cork Airport, at no cost to the State.

The new runway, located on daa lands some 1.69 kilometres north of Dublin Airport’s existing South Runway, will support the creation of 31,200 new jobs and €2.2 billion in additional economic activity.

North Runway will help provide the operational flexibility required by Dublin Airport to enable the regrowth and further development of international connectivity that will benefit tourism and investment in Fingal and Ireland as a whole.

From tomorrow, Thursday, August 25, North Runway will operate between 9 am and 1 pm. Following a short period of operational integration, it will increase operation from 7 am to 1 pm. The hours of operation will subsequently extend from 7 am to 6 pm, and this initial phase of operations will be kept under review.

The new North Runway at #DublinAirport measures a total of 3,100 metres in length.

The development of North Runway has been part of Dublin Airport’s long-term strategic planning and land use prioritization since the 1960s, which has enabled delivery within Dublin Airport’s existing campus, substantially mitigating cost, disruption, and limiting construction time.

North Runway fulfills a key mandate set by the Irish Government’s National Aviation Policy by enabling Dublin Airport to develop as an international hub for leading airlines and enhancing connectivity of Ireland’s island economy for the benefit of consumers, tourism, and Foreign Direct Investment.

North Runway is critical to Dublin’s growing position as a hub for travel between Europe and North America, in particular. Enhanced connectivity will mean a greater choice of destinations and airlines for business and leisure customers, as well as competitive fares. Ensuring Dublin Airport is attractive to airlines is vital to ensure aviation business is not lost to Ireland, with no other airport on the island having the route network necessary to support acting as a gateway between Europe and North America.

daa CEO Dalton Philips said on Wednesday: “The opening of North Runway is an exciting milestone for Dublin Airport and Ireland, with the delivery of this once-in-a-generation piece of vital national infrastructure positioning Ireland for economic growth for many decades to come.

"The addition of North Runway will further enhance the role of Dublin Airport as a vital economic enabler for Irish tourism, trade and foreign direct investment.

"I am enormously proud of everyone who helped deliver this remarkable piece of aviation engineering both on budget and on schedule, ready to commence operation at a vital time for aviation and for Ireland.”

You can watch the inaugural flight at Dublin Airport's North Runway here: