All the basics - and some fun facts - about County Dublin. 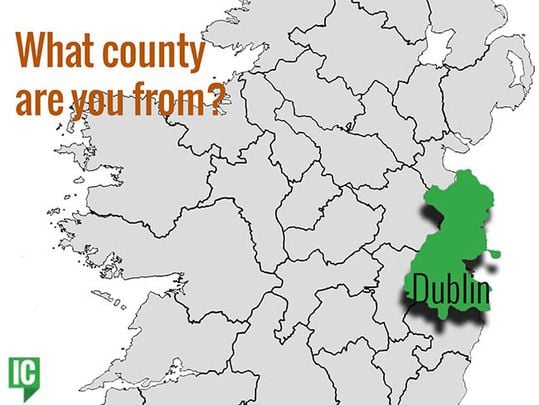 All the basics - and some fun facts - about County Dublin. Jay Sia

From the famous folks who call Dublin home to top attractions to visit in County Dublin here's a rundown on everything you need to know about Átha Cliath. 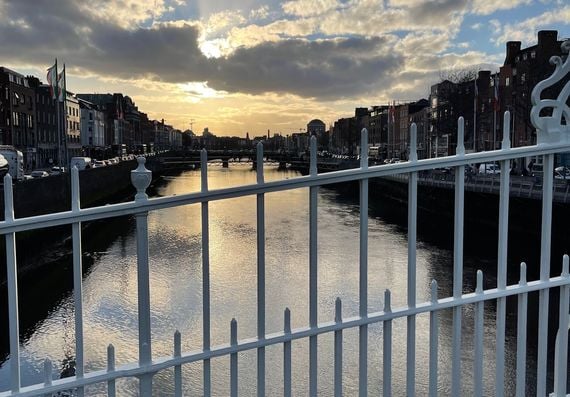 The river Liffey, in Dublin.

A brief history of County Dublin

The first documented settlement here was a "permanent raiding camp" of the Vikings established in 841AD. Only in the 10th century a trading colony was founded by the Vikings near today's Christ Church Cathedral and called after the nearby "dark pool" or "black pool", in Irish Dubhlinn. 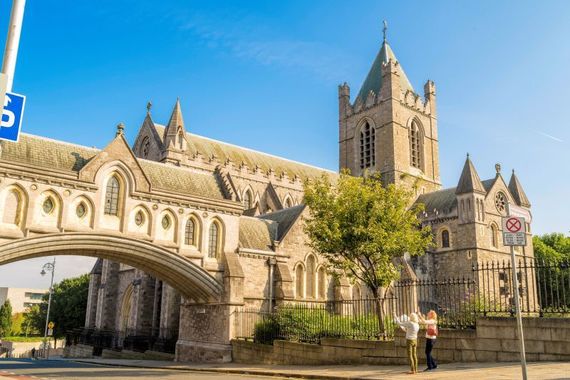 After the Anglo-Norman invasion and during the middle ages Dublin was the center of (Anglo-Norman) power and an important merchant city.

Major growth started during the 17th century and part of the city was rebuilt in formal Georgian style.

Around the time of the French Revolution (1789) Dublin was considered to be one of the fairest and richest cities in Europe. At the same time, abysmal slums developed and the inner city declined after the Act of Union (1800) with many wealthy citizens leaving for London.

Dublin was the center of the Easter Rising in 1916 and became capital of the Free State and Republic – while the fabric of the city decayed dramatically.

Only in the 1960s were there moves to rebuild Dublin. This consisted mainly of tearing down old houses and building new office blocks. Social housing was built on a grand and uninspiring scale leading to new problem areas. In the 1980s a sensible policy of reconstruction, combining preservation and renewal, was started.

Dublin has a thousand years of history behind it and the ghosts of some of the greatest writers of the 20th century among its inhabitants. The buildings themselves spell out the contrast and contradictions that make up Ireland's capital. From medieval to Georgian to modern architecture everything blends together in an inimitable Dublin manner. 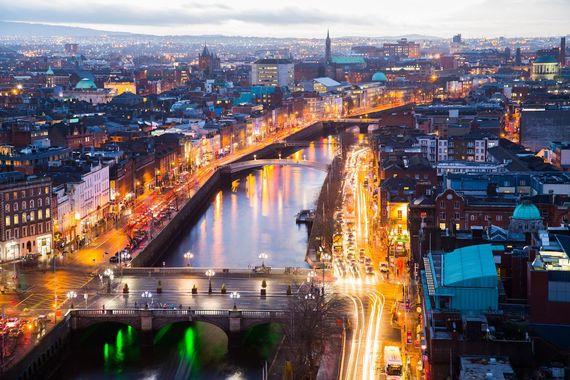 An aerial shot of Dublin.

The city groans beneath the weight of its history, but Dubliners have succeeded where so many have tried and failed in creating a city that is at once new, but proud of its traditions, unmistakably Irish but internationally cosmopolitan. But Dublin is more than the city. The Dublin Mountains stand to the south providing a panoramic view of the city from the splendor of the mountain walks and trails that crisscross the hills.

The poet Louis MacNeice called Dublin the "Augustan capital of a Gaelic nation" conjuring up images of a splendor and a beauty that can only be appreciated by visiting Dublin and discovering what makes it one of the premier tourist destinations in Europe.

Guinness Storehouse in the heart of the St James’s Gate Brewery, which has been home to the black stuff since 1759. A visit will teach you everything you ever wanted to know about the Irish stout and you can top off your tour at the Gravity Bar, which provides 360-degree views of Dublin. 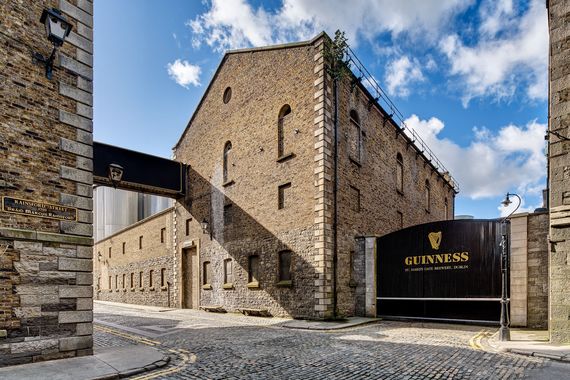 The Book of Kells, housed at Trinity College Dublin, was written around the year 800 AD and is one of the most beautifully illuminated manuscripts in the world.

The Phoenix Park is Europe’s largest city park and includes Dublin Zoo, the Irish President’s residence (the Áras an Uachtaráin), Farmleigh House, the US Ambassador’s residence as well as lush parkland and woods.

Get the DART (Dublin Area Rapid Transit)! This above-ground train service runs from the picturesque towns of Malahide and Howth in the North County Dublin to Bray and Greystones in County Wicklow. A one-hour train ride can give you a great tour of Dublin’s coastal spots as well as being a great way to get around.