The restored 18th-century Cashel Palace in Co Tipperary is set to open as a luxury hotel in 2022. 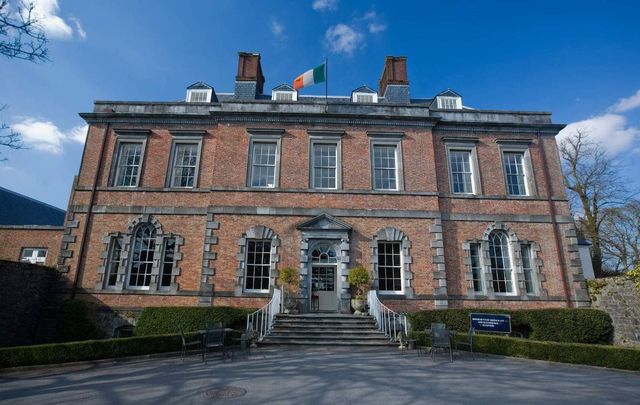 Cashel Palace, a Palladian manor dating back to 1732, is just a short distance from the iconic Rock of Cashel and features in Condé Nast Traveller's ranking of "the most exciting new hotel openings coming in 2022".

The Rock of Cashel is visible from the palace's magnificent gardens, while the historic monument is also visible from many hotel rooms and the luxury spa.

Cashel Palace has been undergoing extensive renovations since 2015 and is set to open as a 42-room luxury hotel in March.

The UK Independent reports that each room will feature ornate plasterwork, fireplaces, and 19th-century windows.

Guests can relax in the spa's indoor heated pool and soak in the hotel's al fresco seaweed baths, while they can also de-stress by availing of the spa's jacuzzi, steam room, and sauna.

The hotel also boasts a private pathway leading to the Rock of Cashel, while horse riding enthusiasts can enjoy the best trots along the nearby Tipperary Thoroughbred Trail. Guests can also enjoy kayaking on the River Suir's Blueway, and trout fishing.

The hotel has joined Relais & Châteaux, an association of roughly 500 individually-owned luxury hotels and restaurants in Europe.

The luxurious palace once served as an archbishop's estate and has links to the Guinness family through Richard Guinness, whose son Arthur founded the Guinness Brewery in 1759.

Richard Guinness worked as a land agent for Church of Ireland Archbishop Dr. Arthur Price in the 1740s and used the palace's gardens to grow hops to make his ale.

Arthur Guinness would later use the money he inherited from Price to launch a world-famous beer empire.

The hotel's Guinness Bar pays tribute to its ties to the Guinness family, allowing guests to enjoy a pint of the black stuff beside a roaring fire.

Meanwhile, the Bishop's Buttery, the hotel's on-site dining option, offers a wide array of local ingredients sourced from farms in the Golden Vale of Tipperary.

Rooms at the elegant new hotel start at around €400 and are booked up until April.

Visit CashelPalaceHotel.ie for more information or to make a reservation.