“To the Irish who continue to shape the world... home is always home”

Over 10 million people have left Ireland in the 100 years - EPIC The Irish Emigration Museum in Dublin tells their tale. 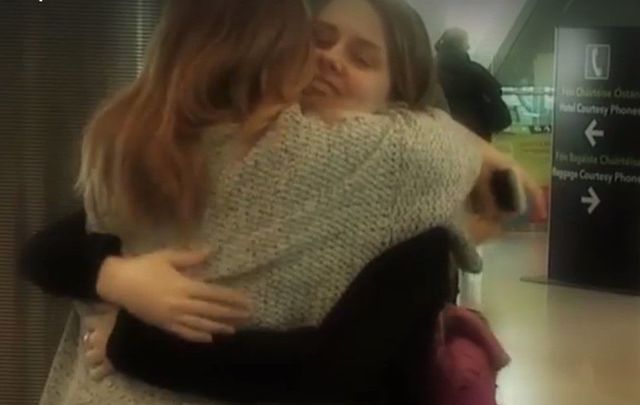 "Home is always home": Learn all about Ireland's emigrants at EPIC The Irish Emigration Museum. EPIC

Over the centuries, some 10 million people have left the island of Ireland and the EPIC The Irish Emigration Museum in Dublin tells their tale. We’ve help build great cities, made our mark and performed and entertained all over the globe but to the Irish who continue to shape the world… home is always home.

EPIC - the Irish Emigration Museum praise the Irish who shape ...

"To the Irish who continue to shape the world... home is always home!" Learn more about the Irish all over the world at EPIC The Irish Emigration Museum in Dublin. Read more here: http://irsh.us/2AkmfZj

Posted by IrishCentral.com on Friday, 15 December 2017

It’s a great time to visit Dublin, as National Geographic Traveler recently named the city one of their Best Trips 2018, and chose EPIC among its Top 10 Things to Do – “It’s simply too good of a story to miss”.

Read more: EPIC Irish heroes and villains who “made it” in America

Voted one of TripAdvisor's Top 5 Irish Museums, EPIC is the world’s only fully digital museum. The 20 interactive galleries tell the fascinating stories of over 300 Irish people, past and present, and relive some of the greatest achievements and accomplishments in the world of sport, music, art, culture, politics, food, fashion, and science.

EPIC also houses a state-of-the-art genealogy centre, the Irish Family History Centre, to help visitors explore their Irish ancestry. During a visit earlier this year, Prime Minister of Canada Justin Trudeau discovered his Irish roots, dating from the 17th century. Through his mother, Margaret Sinclair, Mr. Trudeau is a direct descendant of the Bernard family from Bandon, County Cork.

“Really, EPIC is for anyone with an interest in Ireland and its stories. It’s an ideal first stop for people visiting Dublin to get an insight into Irish people and culture, and to get a sense of where we came from,” says Mannion.

For more information and to buy tickets to the museum visit EPICCHQ.com.