Louth and proud on the finest seafood trail

Following the launch of an exceptional seafood trail, County Louth has even more reasons to be proud, writes Domhnall O’Donoghue 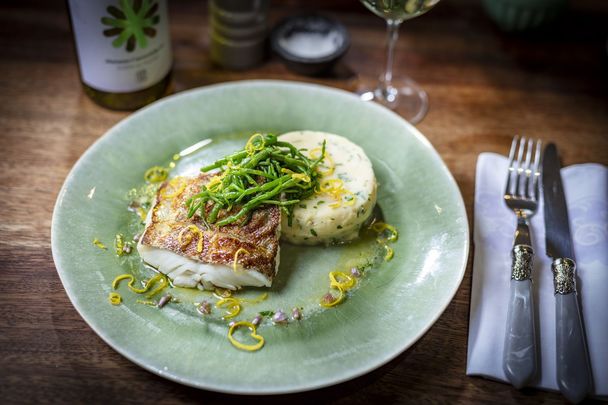 They say good things come in small packages - and Louth, Ireland’s smallest county, is certainly a testament to that. And thanks to the recent launch of the sea louth coastal food trail, this pint-size, Northeastern region is currently showcasing its might to the world with mouth-watering, locally sourced seafood, presented against the backdrop of 70 kilometers of stunning coastal scenery.

Capitalizing on the county’s rich culinary heritage, this interactive trail offers foodies an embarrassment of opportunities to sample the freshest seafood imaginable, straight off the boat and onto the plate - from Carlingford and Cooley Peninsula oysters to lobsters caught in Dundalk Bay and Carlingford Lough.

Colette Moss, Louth County Council’s senior executive officer, tells me that the trail has been designed to take visitors on a journey along the road less traveled, where they will meet local characters and breathe in the salty sea air.

“Our tagline ‘see, eat, admire’ perfectly captures the essence of sea louth - see where our proud seafood producers land their catch, eat fresh local dishes by the coast and admire the spectacular views,” she says.

John Delany, Director of Oriel Sea Salt, adds: “The seafood trail is making people aware of the abundance of producers in this area. It’s not just artisan. It’s an area jumping with enthusiasm and innovation and cooperation between all sectors.”

Seeing as my real passport has been gathering dust over the past 18 months, I’m delighted to pick up my sea louth alternative in Drogheda’s tourist office - one of three locations where the booklet can be collected in the county. This passport maps out the 14 scenic locations on the trail - each viewpoint has an illustrated stamp waiting to be collected from specified shops and outlets along the route. I immediately recall my childhood years, participating in treasure hunts, finding clues and solving problems! The passport is an inventive way to keep youngsters engaged in the trail. I’m told that once I obtain a certain number of stamps, I can take the passport to a tourist office, where an exclusive sea louth memento awaits me!

After a brief visit to Drogheda’s Museum Millmount, which boasts sweeping views of the town - notably, the iconic Boyne Viaduct - I kick off the trail by taking the coast road north. Today, Louth is blessed with summer sunshine, meaning the golden sands and Irish sea glisten on my right, while the verdant, patchwork-quilted landscape impresses along my left. I make a brief stop at Baltray Beach, the location of the MV Irish Trader shipwreck, which ran aground in 1974, before visiting the charming village of Termonfeckin. Here, I call into the Forge Field Farm shop, bustling with customers, to collect the first stamps for my passport. 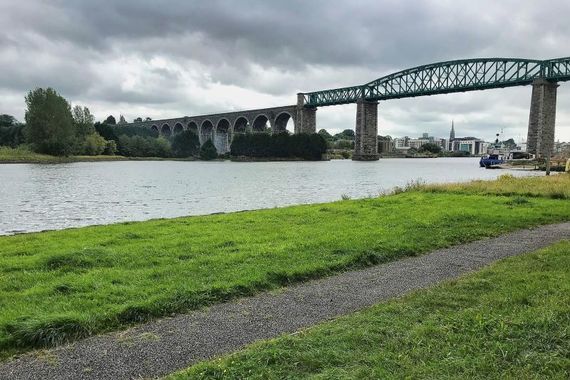 I first sample the delights from Louth’s coastline - delicious breaded scampi - in Smugglers Rest, located in the fishing village of Clogherhead. The pirate-inspired restaurant was recently re-launched by entrepreneurial cousins Damien Kierans and David Bradley, whose aunt and uncle, Noel and Marion Meegan, previously owned the restaurant. Incorporating their experience as organizers of popular music festival, Seafood Rocks, along with their insights into the local area, the talented duo has created a top-notch eatery that pays tribute to the many buccaneers associated with the nearby caves.

“We’ve had to adapt our initial plans for the restaurant on account of the pandemic,” Damien tells me, “but since re-launching in 2019, the support from locals and tourists alike has been incredible.” 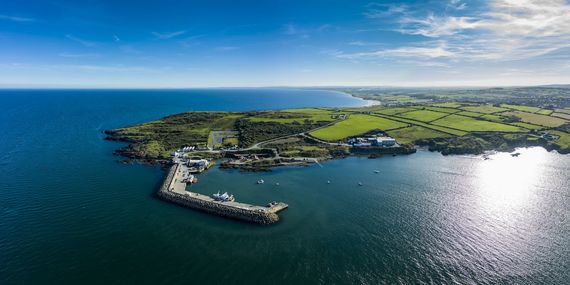 It’s easy to see why Clogherhead has always been successful in attracting tourists. The famous Port Oriel Harbour, busy with fishing trawlers, stands alongside the exquisite headland loop walk. The area is also of international significance as Clogherhead is where the Iapetus Suture - a geological fault caused by the collision of ancient landmasses - reaches Ireland's east coast. If that weren’t enough, Clogherhead is listed as an Area of Outstanding Natural Beauty because it supports rare coastal heathland vegetation.

After collecting my stamps in the Fisherman’s Catch Fish Shop, I venture to another pier, some 14 kilometers north - Salterstown Pier,  a popular spot for sea swimmers, before continuing to Annagasson. At first glance, it appears to be another picturesque, seaside village, but I soon learn from the charismatic Conor O’Neill - the fourth-generation owner of The Glyde Inn - that the area was once a prominent Viking Settlement known as Linn Duchaill and even equaled Dublin in terms of importance. 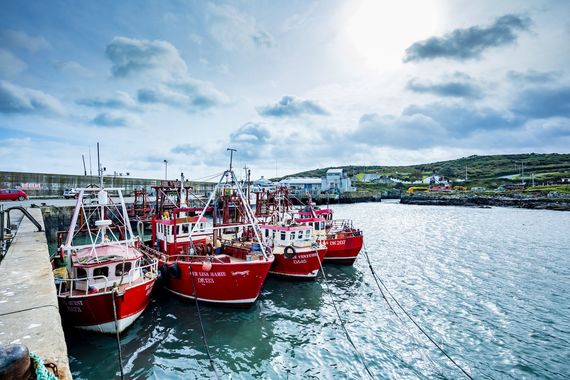 While the drama of the Ninth Century has since made way for serene coastal views, Conor and the award-winning Glyde Inn continue to celebrate this extraordinary Viking legacy with the help of a new virtual-reality film that I experience while devouring their famed Annagassan Razor clams - perfectly prepared in diced tomatoes and onions, balsamic glaze and parsley.

“I’m delighted to see an increase in interest for seafood amongst our customers,” Conor reveals as I sample some of the local drinks they serve here - Listoke 1777 gin and Linn Duachaill pale ale. “During the pandemic, people are looking for ways to be entertained and excited, so I’ve noticed that they’re also being adventurous with their food choices - such as trying our Annagasson Crab Claws or Clogherhead Langoustines.”

It can’t be overstated how stunning the surrounding coastal views are here - and that’s not the talk of the Boyne Whistler whiskey that Conor invites me to taste! Elsewhere in the village, Conor’s cousin, John, oversees the popular bakery while his uncle, Seán, owns the shop, where I receive another stamp for my now well-thumbed passport. 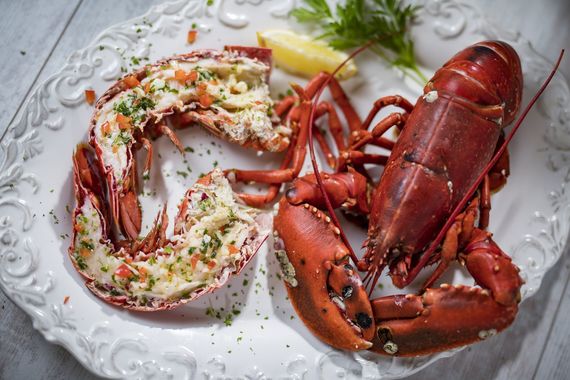 My lodgings for the evening are back in Drogheda - the award-winning Scholars Townhouse. If the stunning, red-bricked Victorian premises were to be graded for its alumni, it would undoubtedly receive top grades seeing as the former school is connected to some of the country’s most influential people. These include Éamonn Ceannt – signatory on the 1916 Irish Proclamation of Independence – and famed economist and diplomat TK Whitaker. However, the school’s most notable connection is former teacher John Philip Holland, who developed the first-ever submarine - possibly inspired by the nearby sea views!

On terra firma, I meet the gregarious Mark McGowan, whose family purchased the boutique hotel 20 years ago. As I make light work of pan-seared salmon with pancetta risotto and puréed peas, he informs me that the culinary scene in Louth is more vibrant than ever.

Mark, recently appointed President of the Restaurants Association of Ireland, argues that “the produce found on our doorstep is second to none.” One taste of my evening meal, and I immediately agree.

The following day, after a breakfast of smoked salmon and scrambled eggs, I return to the trail. Today’s first destination is Ireland’s second-most famous Blackrock, located Northeast of the county. As I rejuvenate my weary, early-morning form along the promenade - eye-catching sculptures on one side, Dundalk Bay and the legendary Cooley Peninsula on the other - I discover that Blackrock claims an abundance of history from tragic shipping accidents to former public baths. 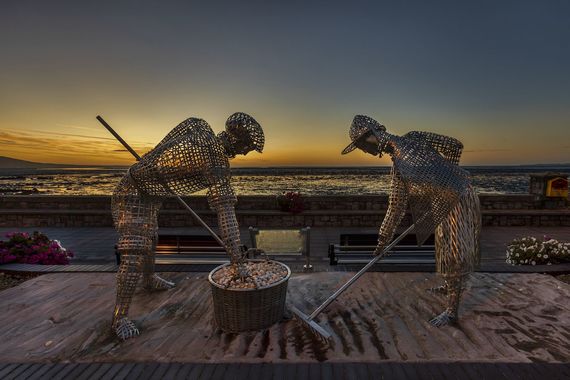 The Cockle Pickers, at Blackrock.

“The people of Louth are the biggest influences on my artwork,” Anna, who hails from nearby Dromiskin, proudly explains. “I’ve a great community of friends from all over Louth who have chronic illnesses or struggle with their mental health. A lot of the same people struggle with their body image and self-confidence. My work is to allow people to feel more positive about these topics.”

After an enlightening conversation with Anna, I briefly visit Gyles Quay situated on the Cooley Peninsula, passing Insta-friendly fishing boats and lobster pots along the way. Here, I receive another stamp, courtesy of the Gyles Quay Caravan Park, before driving to Greenore, one of County Louth’s hidden treasures.

Until 70 seventy years ago, I could have taken the train here, seeing as the village was once served by a railway to facilitate those traveling on the now-defunct ferry service to Holyhead in Wales. Today, there remains a ferry crossing, but the destination is Greencastle in Northern Ireland and is provided by Carlingford Lough Ferry. 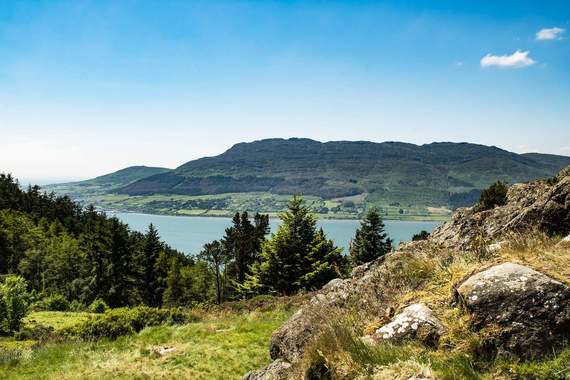 I learn all about the village’s exciting transport history from Brian and Ann Larkin, the cheery husband and wife who own the Greenore Co-op Society, located on Euston Street - surely one of Ireland’s most beautiful streets. Here, you can dress up in Victorian costumes, enjoy tea and sandwiches, visit their miniature railway and maritime museum and even enjoy a play.

“We’ve another new attraction in the area,” Brian tells me, as we say goodbye, “Finn, the dolphin!”

While Finn is making his presence felt in the region, my next stop has long been seen as the county’s crown jewel: the medieval village of Carlingford, nestled at the foot of Slieve Foye Mountain.

For lunch, I enjoy more scampi in the much-loved Carlingford Arms Hotel - although, on this occasion, I opt for a battered coating. Eager to walk off this feast, I ramble about the narrow, cobbled streets and admire the ruins of abbeys and mints, which perfectly contrast with the modern, candy-colored buildings.

Carlingford is renowned for deftly combining fast-paced and slow-paced activities, attracting visitors of all ages and interests. And so, later, I join walkers and cyclists and venture along the scenic Carlingford Lough Greenway - an evenly surfaced, family-friendly amenity that stretches along the shoreline from Carlingford to Omeath. If it weren’t for the fact that my jaws are so tired from all the weekend’s eating, they would surely be dropping to the ground given the spectacular views of the Cooley Peninsula and Carlingford Lough towering over me.

My final stop is the Norman town of Dundalk, the county’s administrative center. It also doubles as the home for international pop band, The Corrs. Fittingly, it’s another set of siblings that provides me with my final meal - locals, Brendan and Vincent Mulligan, co-owners of The Spotted Dog, a scrumptious restaurant located mere meters from the town’s famous square. The quirky name is a tribute to the first recipe Brendan ever attempted; since then, his culinary vocabulary has dramatically expanded, evidenced by my Dunany Crab Tartlet starter followed by the pan-seared scallops served on garden pea and ink-squid risotto.

“We feel a responsibility to support local producers,” Vincent tells me while insisting that I sample their popular truffle fries - I don’t need much convincing. “Brendan and I might be brothers, but the entire food industry in Louth is one big family.”

Brendan adds that Sea Louth is a fantastic initiative, as it allows visitors to meet local people and share their stories and adventures.

“After such a long period of being forced indoors, everyone wants to engage with others once again,” he tells me, adding that the culinary scene in Dundalk is more vibrant than ever.

“We might be known as ‘the Wee County’, but we’re also ‘Louth and Proud’!”

Having now finished the trail - with 14 stamps on each page of my passport to prove it - I, for one, agree that this pride that Brendan mentions is certainly well-founded.