The faces and chases at Ireland’s oldest horse fair

“It's a hard, old life, but they'll all be back again next year.” Incredible photos of the people and animals at Ballinasloe Horse Fair. 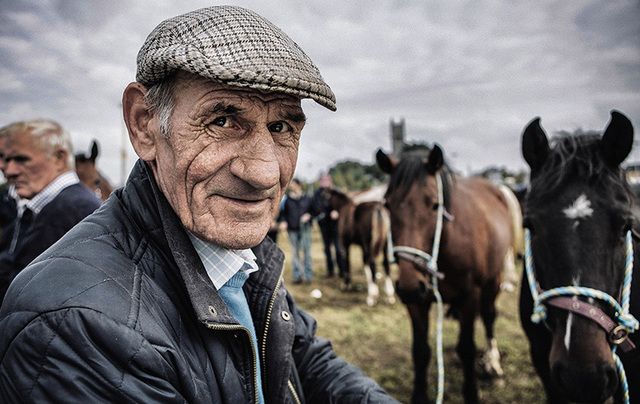 “It's a hard, old life but they'll all be back again next year.” Incredible photos of the people and animals at Ballinasloe Horse Fair. Donal Moloney

Ballinasloe is one of Europe’s oldest and largest horse fairs, attracting up to 100,000 visitors year after year. For Dublin photographer Donal Moloney the “photographic draw of both characters and animals is magnetic.”

The Horse Fair is held every year in Ballinasloe, the second largest town in County Galway, and is regarded as one of the most important social and economic events on the town's calendar. The fair is believed to date back to the 18th century.

Ballinasloe is steeped in equestrian traditions and horse and pony-riding, show-jumping and other activities take place throughout the year. 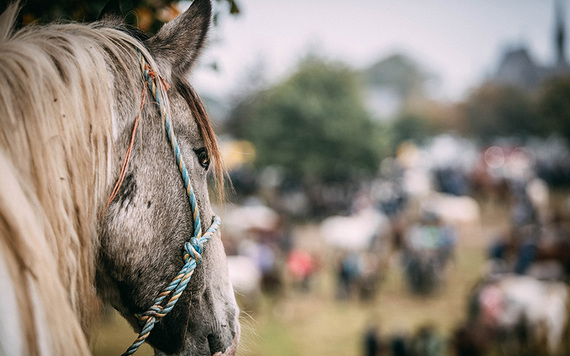 Looking out over the crowds at Ballinsloe Horse Fair.

The Ballinasloe Fair also has a long traditional association with the Irish Travelling Community, who regularly congregates there. Ballinasloe ranks with the Appleby Horse Fair, in Appleby-in-Westmorland in England, in importance for this community. 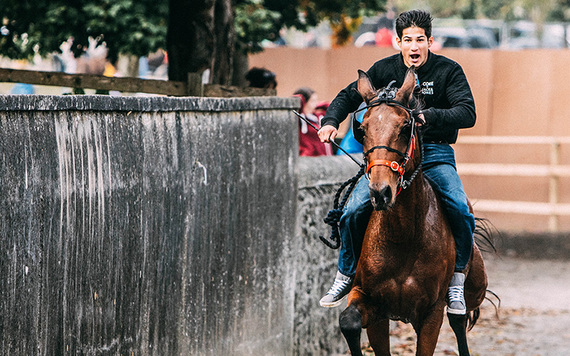 The fair lasts nine days and starts on the first Saturday in October with a parade through the town. The festivities over the next week include a beauty contest (where the Queen of the fair is crowned), tug-of-war competitions, dog shows, artistic and cultural events, singing competitions and fairground attractions as well as the titular horse fair.

“2016 was just the second year I had been to the Ballinasloe Horse Fair. I only travel down for Saturday's activities,” Moloney said. 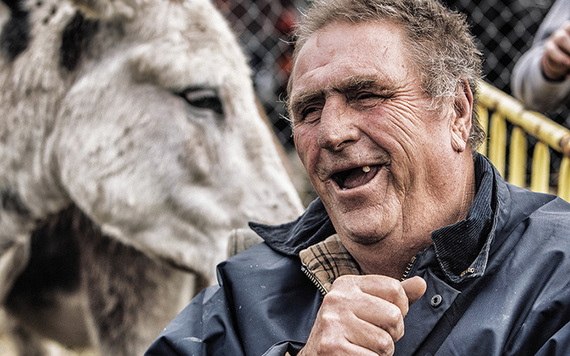 The Horse Fair includes sale-and-purchase, racing and show-jumping and is concentrated on a six-acre site on Society Street – the fair green. Events culminate during the second weekend; the Saturday of which is known as "Country Fair Day." Traditionally, this was the day of the fair with the highest attendance from local rural residents. 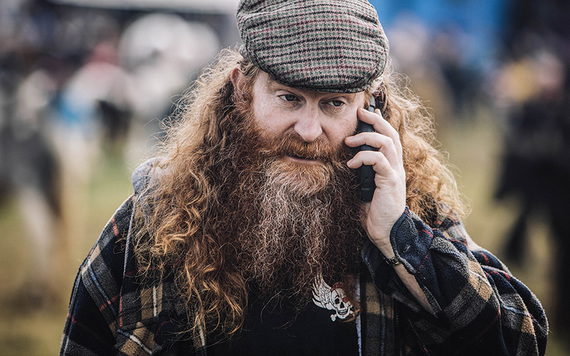 Seriously business going on at the Ballinsloe Horse Fair.

Historically, Ballinasloe served as a meeting point for clansmen from local tribes. Indeed, its name, Ballinasloe, is derived from “Béal Átha na Sluaıghe,” the Irish for "Ford-mouth of the Hostings." While evidence on the date of the fair's origin is scant, the town's traditional role as a meeting place justifies local traditional belief that this is an ancient event. 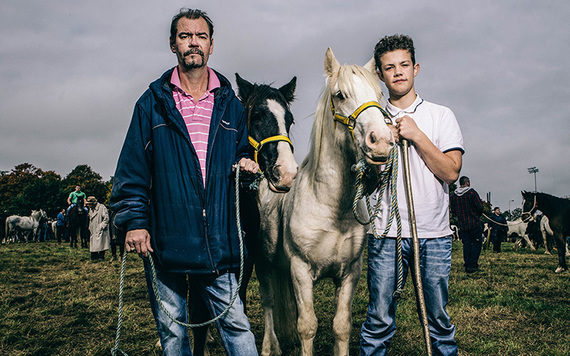 Family business on display at the Ballinsloe Horse Fair.

By the late 18th century the fair was being reported in The London Times as involving the sale of "65,758 sheep, and 6,565 bullocks." By the early 19th century the paper reported Ballinasloe Horse Fair as "the largest of its kind in Europe" (1804) and "the greatest in the British empire" (1816).

Moloney’s photographs capture something of the essence of the traditional old fair, one that means so much to the community involved. However, last year some of his photographs were “slated” by the press and others accused him of “supporting animal cruelty” by taking these photos. 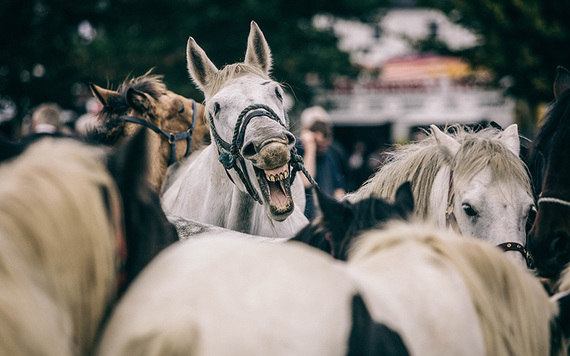 Literally having a laugh at the Ballinsloe Horse Fair.

He told IrishCentral, “Nothing could be further from the truth.

“Whether it's a horse fair or a dilapidated building, I find both photographically fascinating and exciting. I record the event and allow the viewer to make up their own mind. I'm a commercial photographer but shoot such personal projects like this for my own pleasure and for no financial reward.”

The photographer's fascination with the scene and also the “magnet” characters, as he called them, is clear from the intimate and natural shots of his subjects. 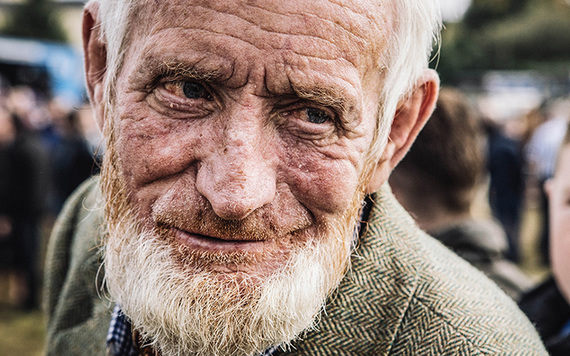 Getting close up with the locals at the Ballinsloe Horse Fair.

He continued, “I enjoy speaking to those who attend and listening to how they manage their daily lives within a culture so far removed from mine. I don't necessarily agree with some of their traits, but I respect them. One also has to remember that the Traveller community only represents a part of this huge community. Most punters are genuine equine lovers, both buying and selling. 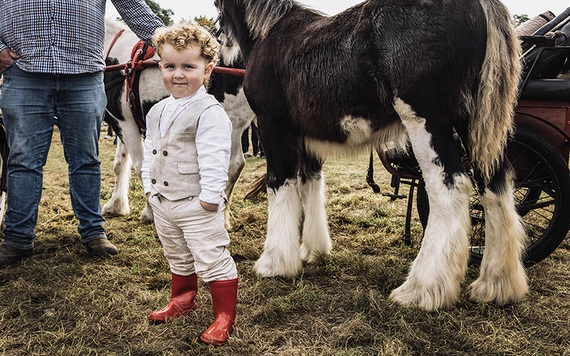 With his best wellies on at the Ballinsloe Horse Fair.

“One farmer from Roscommon (who I also met last year) stood in the green for five days with three horses and sold nothing. He said that sales were way down this year and blamed it on Brexit and the 'pound sterling.' It's a hard, old life but they'll all be back again next year.” 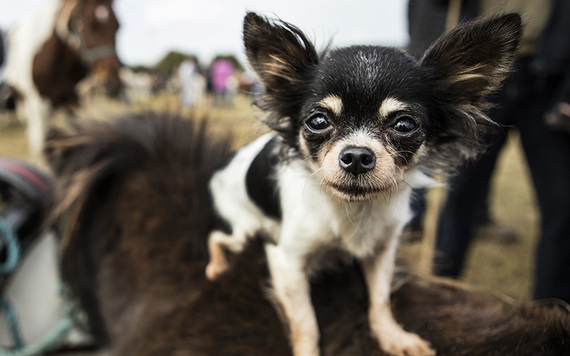 Tough as old boots, standing on top of one the horses at the Ballinsloe Horse Fair.

* Donal Moloney is a professional photographer based in Dublin. Much of his work is photographing people. His work has been displayed throughout the world and has included campaigns for Coca-Cola, Kellogg’s, Bank of Ireland and Vodafone, to name but a few.