Watch this stunning drone footage of a pod of dolphins swimming alongside a boat off Malin Head. 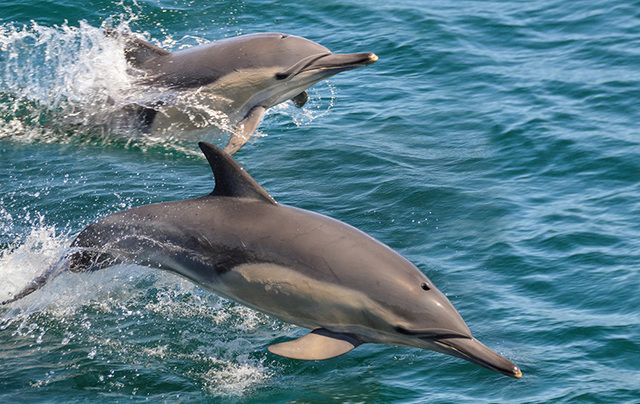 An Irish YouTuber has captured drone footage of a pod of dolphins swimming at Malin Head. iStock

An Irish YouTuber has shared this breathtaking aerial footage of a large pod of dolphins swimming alongside his friend’s boat in Malin Head, County Donegal. Paul McMenamin filmed the scene in 2015 with his drone.

“Myself and some friends were out on a boat towing an inflatable ring, when we were joined by a large pod of dolphins. They stayed with us for a while. I had my drone up at the time and recorded the encounter. We sped the boat up as fast as it would go and they raced us the whole time. It was one of the most unique experiences I've ever had,” he told IrishCentral.

On his YouTube channel, Eye in the Sky, he writes that although you can only see a small number of the dolphins in the footage, there were actually between 40-50 dolphins swimming in the pod.

He revealed that he is currently recording scenic spots off-the-beaten-track around Co. Donegal, which was recently named the “coolest place on the the planet” by National Geographic. He said he also plans to shoot drone footage of all of the Game of Thrones filming locations.