At the center of Ireland riddled with ancient history, castles, ghosts and religious history, there's a wealth to be discovered in County Offaly. 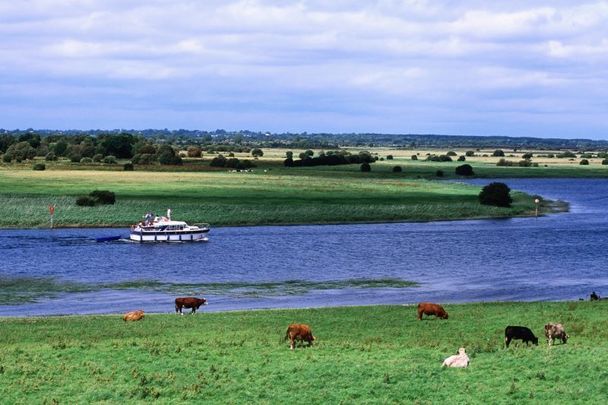 The land-locked county of Offaly is one of the most historic in Ireland.

Middling in size and population, it is often overlooked. The only unique statistic it bears is that it is the furthest county from the sea. But Offaly is one of Ireland’s most traditional counties. It was, after all, the final resting place of High Kings of Ireland.

It is a mostly flat county but, on its southern border, Slieve Bloom mountains strike a dramatic, contrasting pose. The landscape is largely made up of peat bogs, Ireland’s most plentiful and most powerful of natural resources.

The Lough Boora Parklands are a protected area of natural and man-made lakes, wetlands, woodland, and pasture land, and cutaway bogs. Cutaway bogs are expanses of peatland whose commercial value have been exhausted but are now protected and enjoyed as wildlife habitats.

The Parklands include forests, lakes, and pastures blanketed in wildflower in summer. In the late 1970s, an important discovery was made on Lough Boora lands. A Mesolithic site with remnants of ancient campfires and black stone tools – some 1,500 artifacts in total – was discovered in glacial deposits that date from between 6800 and 6500 BC. The findings threw out previous theories, that earliest settlers were in Ireland’s coastal areas only and put midlands of Ireland on map historically. Today, the Mesolithic site is a National Heritage area. 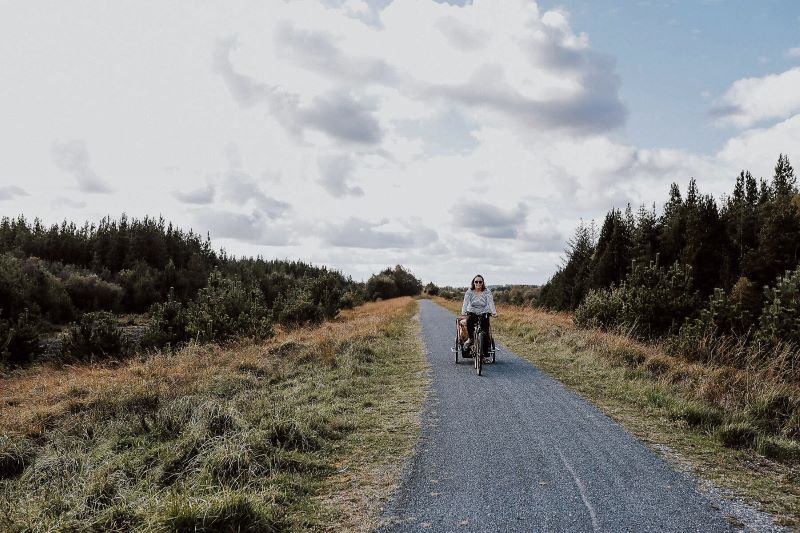 Almost flanking Lough Boora Parklands are Offaly’s two primary towns – Tullamore, its official capital, and Birr. Right in the center of the county, and possibly the very center of the island of Ireland, Tullamore is linked to Dublin by Grand Canal.

On its outskirts is Charleville Castle. Set in Ireland’s oldest oak woods, this magnificent structure is said to be the haunting place of Druids. The grandiose castle was the creation of Earl of Charleville in 1798 and is often cited as Ireland’s most haunted castle.

A frequent spot for paranormal investigators, most persistent ghost story associated with it is that Harriet, youngest daughter of Earl of Charleville, still wanders stone corridors. Harriet, who died tragically in the main staircase of the castle at the age of eight in 1861, has reportedly been heard singing in the night. Some visitors are convinced they have even caught a little girl with blonde curls on camera.

Tullamore is also famous for a different kind of ‘spirit’ altogether. Tullamore DEW is a legendary Irish whiskey that is now a global brand but was originally distilled in the old mill.

Birr is a thriving market town just 23 miles/37 kilometers away. It is dominated by Birr Castle. It was built by Sir Laurence Parsons who took possession of the town in 1620 and it is still owned by the Parsons family, who hold the title The Earl of Rosse. The site was previously home to O’Carrolls.

The castle’s gardens which include two lakes and a waterfall are open to the public. In the middle of the estate sits The Great Telescope, for seventy years the largest telescope on earth. It was created by the third Earl of Rosse in the 1840s. Its walls are 40 feet high and it is 71 feet long. 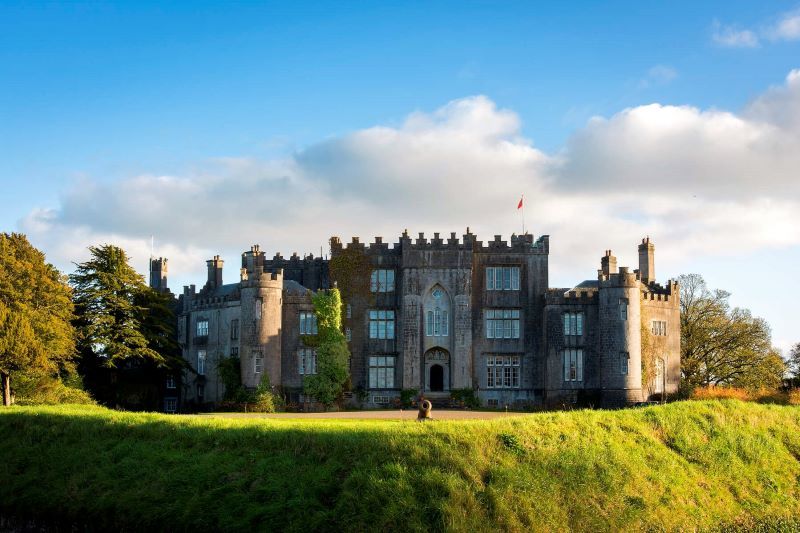 A winding country road leads from Birr to the nearby town of Kinnitty and a gothic castle, originally built by the same O’Carrolls in 350 AD. The original castle was destroyed by Normans in 1209. It was rebuilt in 1630 by William O’Carroll on site of an old Abbey and is still standing today. Down through centuries, Kinnitty Castle has seen many troubled times. Confiscated by English in the fifteenth century, gifted to a Colonel by King Charles II, and sold to Bernards of County Carlow in 1746, it was then burned almost to ground in 1922 by Republican forces before being rebuilt with Government funds.

The current owners, Ryan family, have since transformed Castle into a luxury hotel. The surrounding land is home to a herd of Irish deer who can often be seen darting across lawns in the early morning mist. A 12th-century High Cross still remains in the grounds. 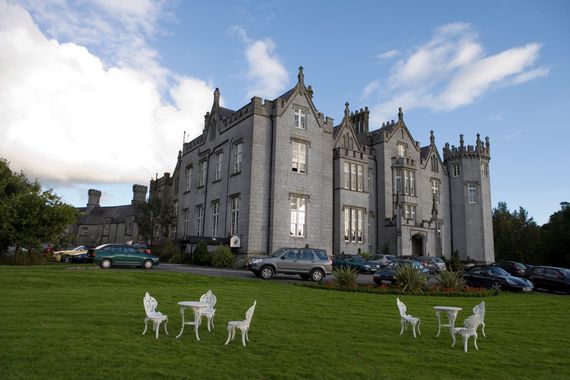 To the north of the county, lies the monastery of Clonmacnoise which means ‘Meadow of Sons of Old’. It dates from the 540s. By the ninth century, it was a famous center of religion visited by scholars from all over Europe. It is believed that many of High Kings of Tara and Connacht are buried here, among it stunningly conserved churches, round towers, and temples of ancient stone. 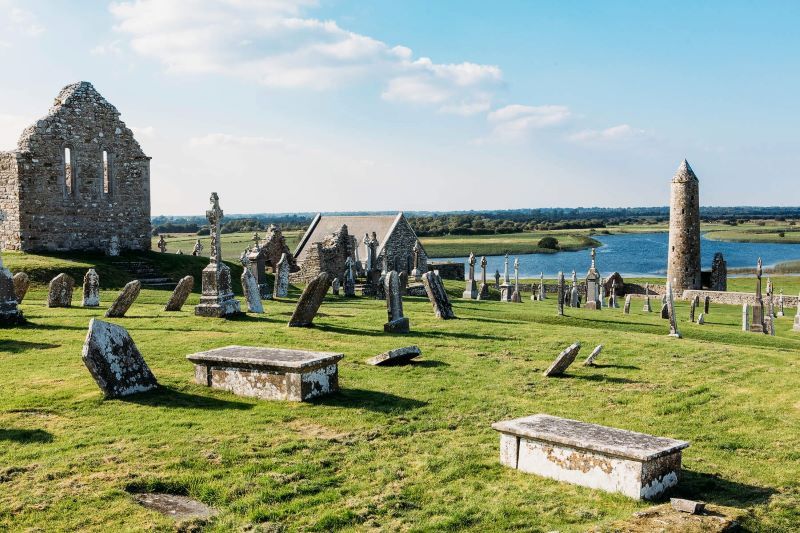 Images of Ireland in the mind’s eye often appear as rolling green hills and wild coastlines. You won’t find them here in County Offaly, but what you will find is an eight thousand-year history, a collection of fine Irish castles, and a diverse natural habitat you’ll be hard-pressed to find elsewhere in the world.