Ragged rocks, unending hills, lush green trees, and the sea ... these are some of the best wild places in Ireland. From the mountain peaks to dramatic windswept coasts of Ireland there's nowhere quite like it to get back to nature. Here are the best wild places to visit in Ireland.

Editor's Note: All non-essential travel to Ireland should be avoided for the time being due to the ongoing pandemic.

It's been said that the "wilderness is healing, a therapy for the soul" and anyone who has spent the times in the wilds of Ireland, taking in the fresh air and lush surrounds can surely attest to this.

Here, we’ve selected our essential top ten wild Irish places, with the first eight being Somerville’s selections from Ireland for his top 50 best wild places in Ireland and Britain:

Home to plentiful supplies of rare flowers, Umbra Dunes is reached by following a natural trail through wooded areas out to the Dunes. The backdrop to the Dunes is a stunning scenery of purple cliffs. 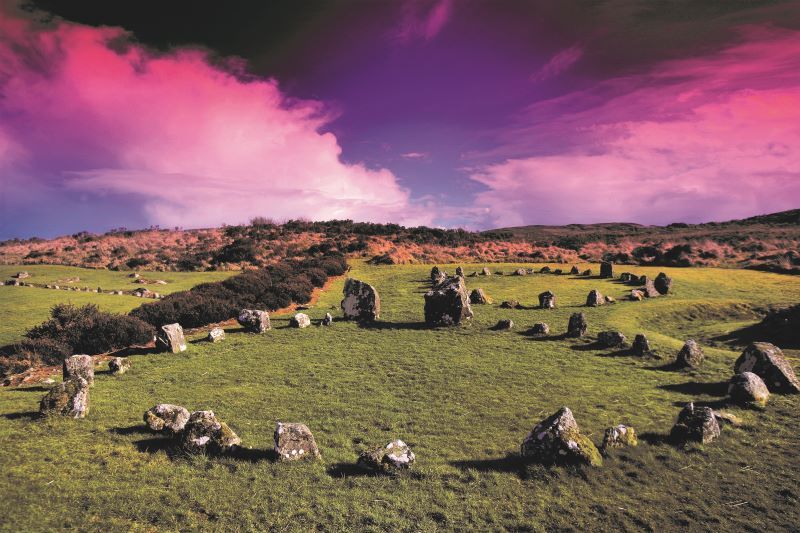 Seven circles of stone, ten rows, and a dozen or so round cairns were positioned here in low-lying bog land in Tyrone during the mid-Bronze Age. They were first discovered by bog-cutters in the 1930s and now are visible, though many more structures could still be beneath layers of the bog. The stone circles are believed to correlate with the summer solstice as well as the cycles of the sun and moon.

This walking trail in Co Tyrone is the perfect spot for a nature enthusiast. With no roads and the aging shepherd's paths fading back into the ground, the walk over the Hills is truly a naturally led one. The Hills form a natural barrier overlooking the lush Glenelly Valley. 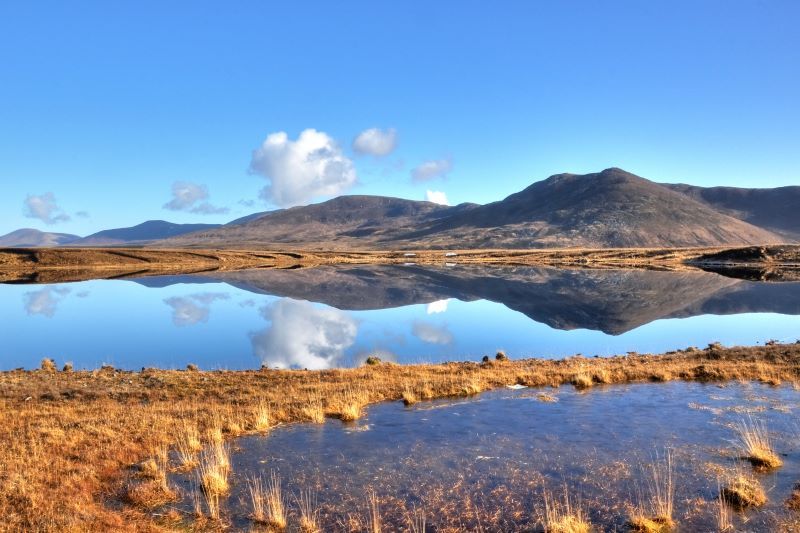 Author Christopher Somerville proclaims “You will never, ever forget the Bangor Trail if you decide to tackle it.” The 30-mile rugged trail through the Nephin Beg Mountains is “the loneliest hill track through the widest extent of blanket bog and the remotest mountain range in Ireland.” 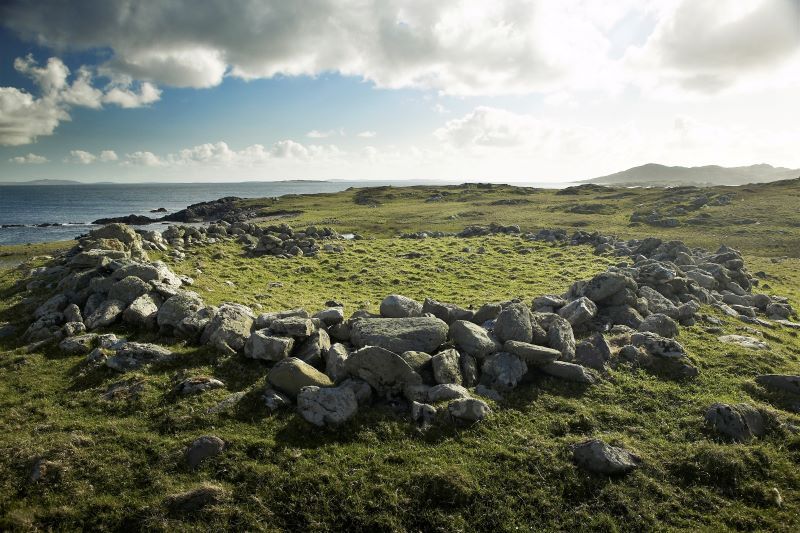 The “lonely and alluring” small slip 6 miles off the coast of Mayo holds “the simple beauty of a tiny, ancient church in ruins” with seemingly untouched markers and offerings around it. The difficult to access Caher Island is the stuff of myths - “feathers and fresh flowers lie in offerings, though you have seen no other boat.” Local people believe that the “sea itself” guards the tiny island and “will rise up against anyone foolish enough to take anything away.” 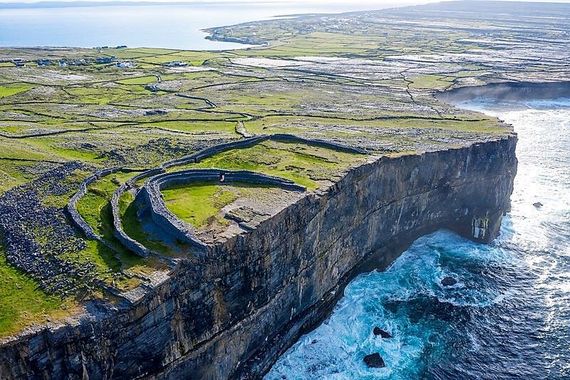 An aerial view of the Aran Islands (Ireland's Content Pool)

Geographically an extension of Co Clare’s Burren district, the Aran Islands are “Irish-speaking islands, remote in the mouth of the bay.” Though the Islands are both physically foreboding and beautiful, the natives of the Islands are welcoming but not forthcoming with strangers. History and nature collide on this chain of three islands off the coast of Galway.

“The Burren is without question the most magical place in County Clare,” writes Somerville. This old seabed that hoisted to the air and then scraped by icebergs comprises 500 square miles “of rounded gray hills and rocky coast on the southern shores of Galway Bay.” The area boasts floral rarities that attract botanists from around the world. 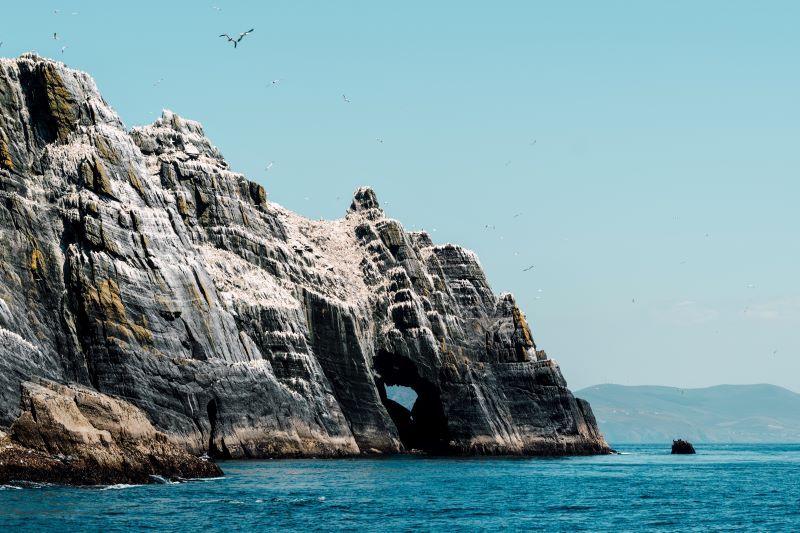 Described as “an unforgettable experience,” Skelling Michael is 9 miles off of the Iveragh Peninsula in Co Kerry. Here, you’ll find an “emotional moment” at the summit of Skellig Michael where a monastery sustained itself for 500 years off of rainwater and fish caught in from the sea. The remains of 1,500-year-old crosses can be found still standing near the remains of the huts and churches the monks built before moving ashore. 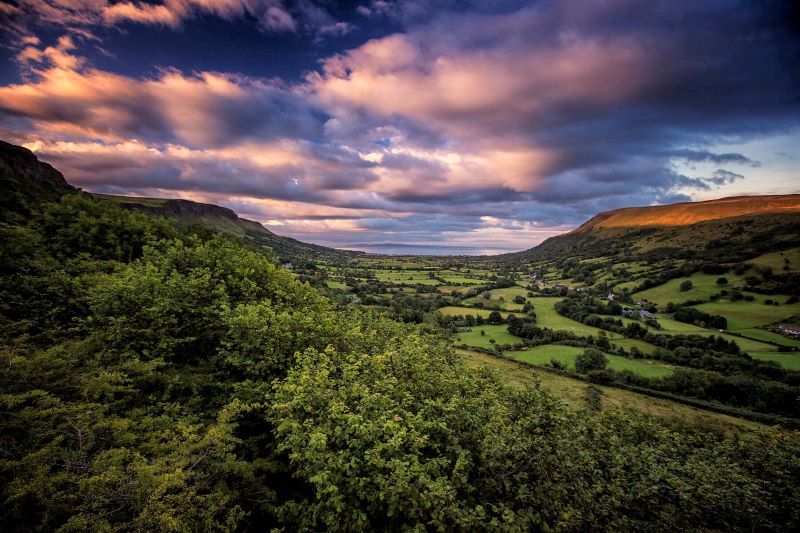 Described as “the most breathtaking piece of coastal scenery in Ireland” by Somerville, Glenariff offers a striking display of beautifully colored cliffs. The Glenariff Forest Park offers four walking tours, with the most dramatic being the Waterfall Trail. Somerville recommends going either early or late in the day to avoid distracting crowds and, if possible after it rains when “there is a magic in the woods.” 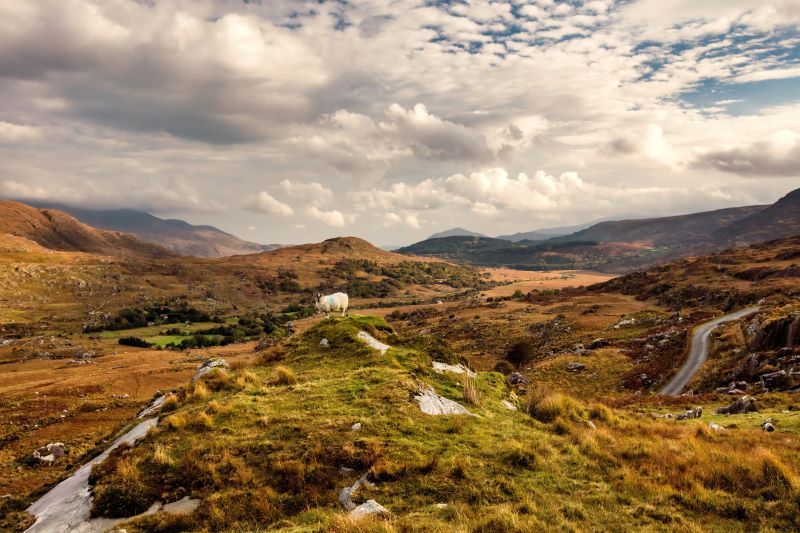 An 11-mile trail that takes you through some of the most untouched and scenic pieces in Co. Kerry, the path originates near the south shore of Muckross Lake and brings you to an overlook to Peakeen Mountain and Knockanaguish. The trail brings you to encounter everything from glens to waterfalls, to ruins of old settlements.

Have you visited any of these wonderful wild places in Ireland before? Let us know about the experience in the comments section, below.