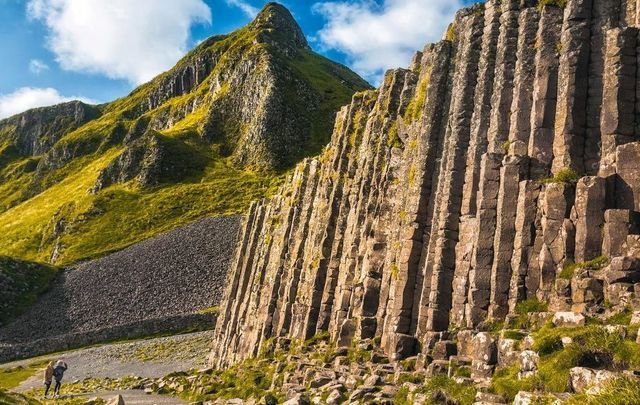 Lonely Planet commends Belfast, the Giant’s Causeway, and the Causeway Coastal Route by naming it as their top travel region for 2018.

The magnifying Causeway Coast in Northern Ireland is finally getting the recognition it deserves, being named as Lonely Planet’s top region to travel in 2018.

Next year, there’s no place that should get preference on your bucket list other than the city of Belfast and the Giant’s Causeway, according to the travel bible, as their writer Louise Bastock enthuses that everyone should take a chance to get up-close and personal with the geology, nature, and ultimate beauty of the north of Ireland.

As well as recognizing the stunning natural beauty of the place, top of their recommendations in this top travel region for 2018 is the city of Belfast itself, which they write of in a way that makes us wish we were strolling through its streets right now.

“Belfast’s transformation over the past two decades has been remarkable,” Lonely Planet writes of Northern Ireland’s largest city.

“A city once patrolled by heavily armed troops and dogged by sectarian violence is now full of hip neighbourhoods that burst with bars, restaurants and venues to suit all tastes. The rusting old docklands are now the vibrant Titanic Quarter, home to fancy apartments and a sensational museum.”

But their praise was not limited to the city itself, encouraging explorers and adventurers to make their way further up the coast and indulge themselves in everything the Causeway Coast - the route along the sea  guiding you up to Co. Antrim’s Giant’s Causeway - has to dish up, from a stroll up to the 18th hole, to a classic Irish whiskey.

Play a round on the Causeway Coastal Route, Lonely Planet's top travel region in 2018.

“Beyond lies the Causeway Coast, whose timeless beauty and high-grade distractions – golf, whiskey and some of the world’s most famous rocks – are more popular now than ever,” they write.

“Stop thinking about it and just do it. It’s got it all,” Bastock proclaims. We need no further recommendation than that!

Of course no visit to Northern Ireland is complete without seeing the Giant's Causeway.

If you need your arm twisted just a little further, however, just remember how a trip to the Causeway Coast region will not only bring you into the land of legend and the home of one of the world’s most significant landmarks (and Irish myths) at the Giant’s Causeway but you can also enter the world of fantasy by visiting any number of the filming locations for HBO’s Game of Thrones. The hit show has used this Northern Ireland region as the backdrop to some of its very best scenes and seeing it in person is the only way to appreciate it fully.

Glenariff along the Causeway Coastal route. Visit the region in 2018!

Within Belfast itself, you can step back in time at the very spot where the famous Titanic was built and learn all about the story of the “Ship of Dreams” and its connections to the city and its people.

More urban adventures await on a Black Taxi Tour through the city, a unique tour to Belfast run by the people who know the place best, taking you into the more recent history with visits to the political murals.

Have you visited Belfast or the Causeway coast recently? What was your favorite attraction or favorite place to stop off and enjoy the culture, food, and drink?