Belfast – a city of the young

Belfast’s authenticity promises to enrich those who visit and offer those who stay the opportunity to be part of a generation on the rise. 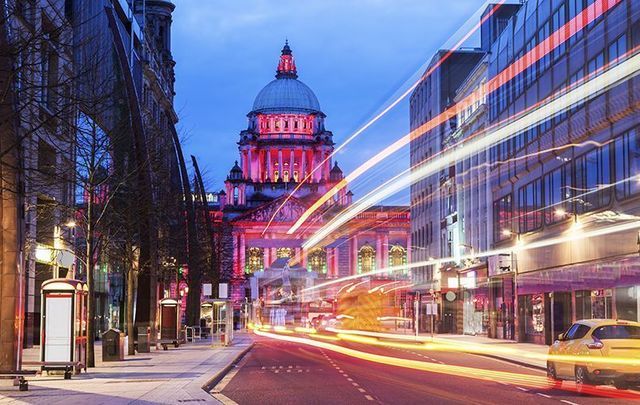 Belfast - a city compact in size but huge in imagination. iStock

Belfast has undergone a cultural and economic renaissance in recent years. Two decades on from the political conflict, the Northern Irish capital has built a global reputation as a city compact in size but huge in imagination.

What is striking about Belfast is the creative energy on its streets. Aside from the proliferating number of cranes in the capital’s skyline- a nod to growing investment- new street art and murals appear at night and groups of cultural tourists can be seen pounding the streets by day. Culture Night, the city’s largest annual cultural event, brings together over 300 free events across 150 locations in Belfast City Centre in a single day.

With award-winning arts centers, a booming film industry and a plethora of pop-up events and festivals, it’s not hard to see why young people are flocking to Belfast. The city has one of the youngest populations in Europe and is attracting increasing numbers of international students and millennial visitors each year, many of whom are drawn by the heritage of Belfast’s Universities and captivated by the beauty of Northern Ireland’s Antrim Coast, now famous for its Game of Thrones cameos.

For the young people choosing to make Belfast home, this environment has a wealth of opportunities to offer. The ceasefire generation are entrepreneurially minded and they are putting themselves in the driving seat to create the city that their parents dreamed of.

The Lord Mayor of Belfast, 28-year-old Nuala McAllister, has taken ‘Global Belfast’ as a theme throughout her term in office, pledging to promote the city as an open, inclusive and welcoming place to live. The Lord Mayor is driving the bid for Belfast to be named as European Capital of Culture in 2023 and her call to action has not gone unheard amongst peers.

2018 will see Belfast play host to ‘Shape Europe’, following a successful bid by the city’s ‘Global Shapers Hub’: a team of young people dedicated to further propelling Belfast onto the world stage. This World Economic Forum conference will see delegates from all over the island of Ireland and Europe descend onto Belfast for four days next summer. What they will experience is a unique marriage of the city’s history and the dynamism of its emergent start-up and technology scene.

A key strand of the ‘Shape Europe’ conference will be an exploration of the conflict resolution approaches used to transcend the Troubles. What was once a sore point for Northern Ireland on the international stage is now a selling point and students from all over the world are eager to pursue a unique and immersive learning experience in the post-conflict city.

What is clear is that Belfast’s appeal will continue to grow. New arrivals to the city will find a capital that has not yet realised its own charm and a people (young and old) who take pride in their welcome. This authenticity promises to enrich those who visit and, for the millennial generation, is an offer of distinct and significant value; an opportunity to be part of something bigger than themselves and join a generation on the rise.