Aer Lingus's new Christmas advert features a twist that is certain to tug at your heartstrings. 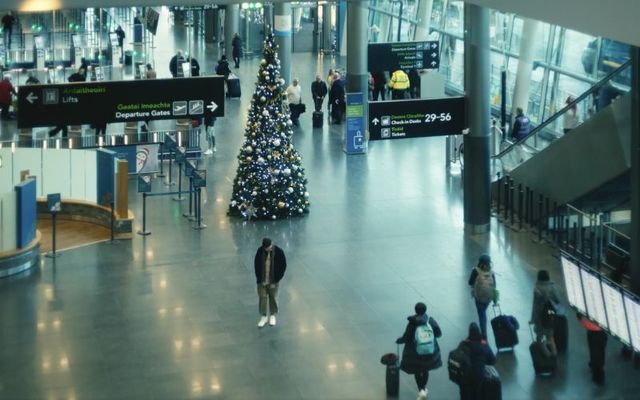 Irish airline Aer Lingus celebrates the joy of loved ones reuniting over the holiday season in a new Christmas commercial that is sure to pull at your heartstrings.

The commercial begins as Ben arrives by himself at his home in Ireland after flying with Aer Lingus from New York and follows him as he gets the house ready for Christmas.

As Ben prepares his house for Christmas, he begins to tick days off on a calendar as he waits for Sadie to come home on December 20, ringing Aer Lingus's customer service to obtain more information about her flight.

Ben arrives at Dublin Airport on the day of Sadie's arrival and impatiently waits in arrivals as travelers make their way home for Christmas.

At this point, the commercial's twist is revealed; Sadie is not a person, but Ben's dog who has been flown home by Aer Lingus staff.

Owner and pet emotionally reunite at arrivals and depart the airport together, making their way home for Christmas.

Merry Christmas and Many Happy Returns from all of us ☺️🎄 #SadiesHome pic.twitter.com/1ce6hYk8jI

The advertisement proved to be a tear-jerker for some viewers, with some social media users stating that it left them with tears in their eyes.

"Oh my word I have a leaky eye after watching this," one Aer Lingus follower wrote on Facebook.