A street in Cork was named best in the world

Oliver Plunkett Street wins coveted UK award exactly 300 years after it was laid out in 1715. 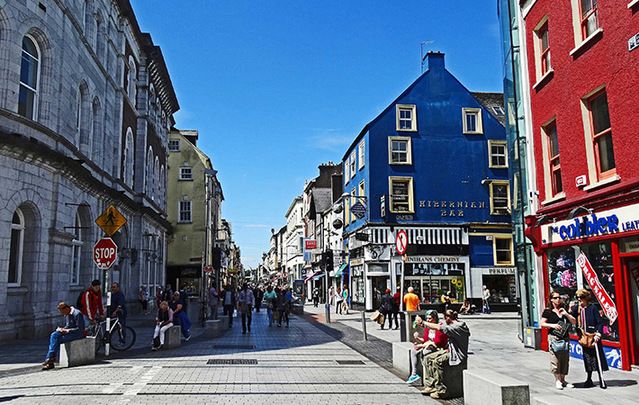 Oliver Plunkett Street wins coveted UK award exactly 300 years after it was laid out in 1715. Wikimedia

Cork’s Oliver Plunkett Street was named as the winner of “The Great Street Award 2016,” ahead of other finalist streets in London and Liverpool, by The Academy of Urbanism in the United Kingdom.

The city center street was one of three finalists, and the only Irish finalist, competing for the title against Cairns Street, Liverpool and Deptford High Street, London. The Great Street Award, which was announced at The Urbanism Awards in London, is particularly special as it is exactly 300 years since Oliver Plunkett Street was originally laid out in 1715.

The Lord Mayor of Cork, Councillor Chris O’Leary, welcomed the award as a “real coup for Oliver Plunkett Street and Cork. The Academy of Urbanism brings together a group of social thinkers and practitioners involved in the social, cultural, economic, political and physical development of villages, towns and cities across the UK, Ireland and Europe. They recognize the most enduring and improved urban environments and we are absolutely thrilled that Oliver Plunkett Street is now listed as their Great Street of 2016.”

Valerie Finnegan Cahill of IKON Hair Design, founding member of the Plunkett Street Quarter said, “We are absolutely delighted that Oliver Plunkett Street has been awarded ‘The Great Street Award 2016.’ We were all so proud of our historic, charismatic, contemporary and busy street.”

“This has been such a wonderful experience, from start to finish and a real collaboration between traders, Cork City Council and the Cork Business Association. This award is an acknowledgment of our Great Street and the people and history behind it,” added Clodagh Daly of John Daly Opticians. “I was so proud to read out the poem, specially commissioned to mark the Academy of Urbanism award, at the event.”

The Plunkett Street Quarter, which comprises local traders on the street, has been instrumental in the Great Street Award process. Formed just two years ago, the group has gathered the traders to promote the street and work together as a collective. The Cork Business Association (CBA) and Cork City Council have also been hugely supportive of the project, and were interviewed by the judges of the Great Street Award 2016 along with traders on the street in August 2015.

Oliver Plunkett Street was judged on several criteria including Leadership & Governance, Local Character, Amenity, Commercial Success & Viability, Environmental Sustainability, Community Health & Wellbeing and Connectivity. Members of the Academy then voted overwhelmingly in favor of Oliver Plunkett Street, basing their opinions on the assessment report carried out by the visiting judges.

Speaking after the adjudication process in August, Geoff Haslam, lead assessor for the Academy of Urbanism said, “It’s fair to say that we have been overwhelmed by Oliver Plunkett Street – if offers everything that we are looking for in a Great Street – and more. We sometimes have to search for the DNA of a street, but Oliver Plunkett Street exudes it; it’s a vibrant living street and community, full of little surprises and it is clearly on an upward trajectory.”

This is the second time in three years that Cork has scooped a major award from the internationally renowned Academy of Urbanism. In 2013, the city won the Great Town Award for urban areas with fewer than 350,000 people.