The New Year is just around the corner, start planning your adventures on the island of Ireland-memories of a lifetime await you in 2022.

In partnership with:
Tourism Ireland Canada 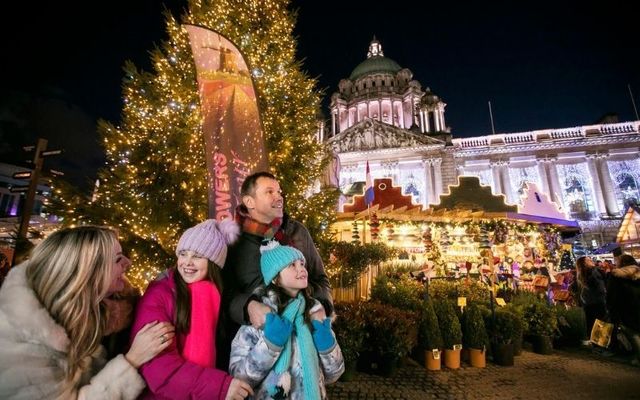 Leap into the New Year: 5 reasons why you need to visit Ireland Tourism Ireland

The year will soon be coming to a close and when jotting down your wish list for 2022, why not finally press the Green Button and book your dream trip to Ireland?

Coming into a new year can be exciting and feel like a turn of a page onto a fresh chapter. When it comes to planning that journey to the island of Ireland, endless possibilities await you in 2022.

We've crafted together a list of all the things you can look forward to while you're daydreaming of the moment you finally look out the plane window and see the green fields and valleys of the Emerald Isle.

Immerse yourself in the Irish music scene

Music is a huge part of Ireland's culture and the Irish have made an impact on a wide variety of genres.

Tuck yourself into a cozy pub in Dublin's Temple Bar and enjoy the sounds and rhythm of traditional Irish music. Try something different and head to Belfast, which was recently awarded UNESCO City of Music, and hop on Music Tour with "Oh Yeah" and take a bus journey through the heart of this rock and roll city.

Be mesmerized by the talent of the musicians performing in the streets of Galway and Cork and walk in the footsteps of legends like Dolores O’Riordan in her hometown of Limerick or Van Morrison in Belfast, Northern Ireland. 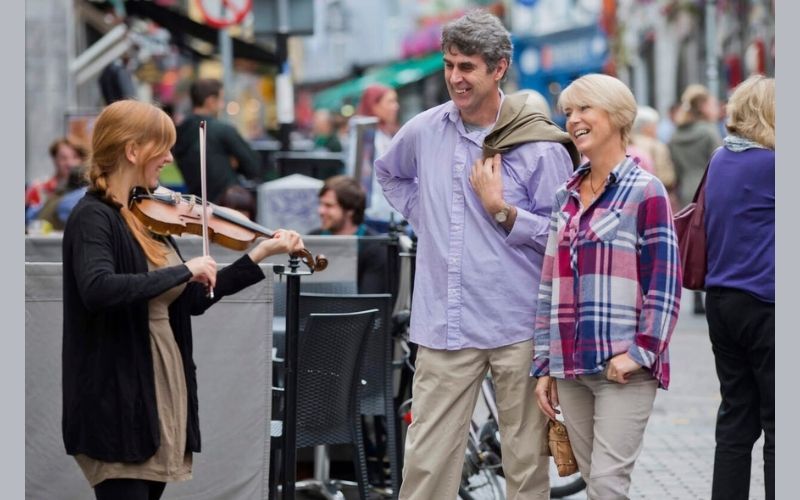 Experience Ireland's nature and scenery in all its glory with a hike in one of these incredible destinations.

Discover the Mourne Mountains in County Down, the birthplace of author CS Lewis and where he found inspiration for the beloved world of Narnia. Choose any of the Mournes’ many weaving trails, and you will be treated to epic scenery, legendary stories, and a sense of pure awe as you roam this vast mountain range.

Take in the view on top of Croagh Patrick, which overlooks Clew Bay in County Mayo and is considered the holiest mountain in Ireland. Its religious significance dates back to the time of the pagans when people are thought to have gathered here to celebrate the beginning of harvest season.

Outside of Dublin city you can visit Howth Head and stroll the stunning Howth Cliff Loop where you will even pass Howth Castle, which traces its history to 1235 and still remains a family home. Finally, enjoy the lakes and fresh air at Glendalough in the Wicklow Mountains, a sweeping expanse that combines unbelievable natural beauty with utter serenity. 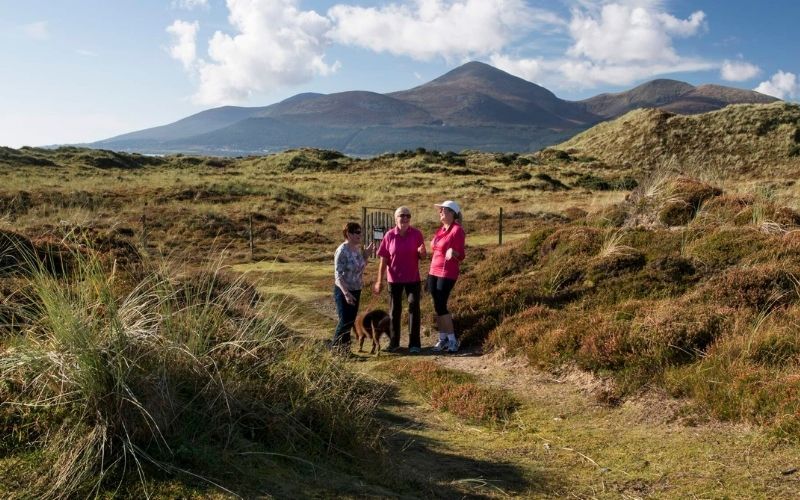 Bright lights of the cities

The cities on the island of Ireland have something for everyone… culture, music, friendly locals, amazing food, shopping, and plenty of history. Spend time exploring Dublin's nooks and crannies by foot, chat with the locals and learn of the city's rich history.

Soak up the magic of Galway city on the Wild Atlantic Way. The spirit of Ireland’s west coast beats through the bustling streets, from mellow old pubs boasting turf and cozy corners, to shops selling Claddagh rings and Aran sweaters. In Belfast city, you will find the home of the Titanic, a dynamic arts scene, incredible musical heritage and great places to eat.

Or check out Waterford, Ireland's oldest city, where the presence of the Vikings is still felt. Take a stroll around the center of Waterford and you will see a host of beautiful architectural showpieces that date from this time. While Reginald’s Tower, the city’s landmark monument, sits at the heart of an area known as The Viking Triangle. 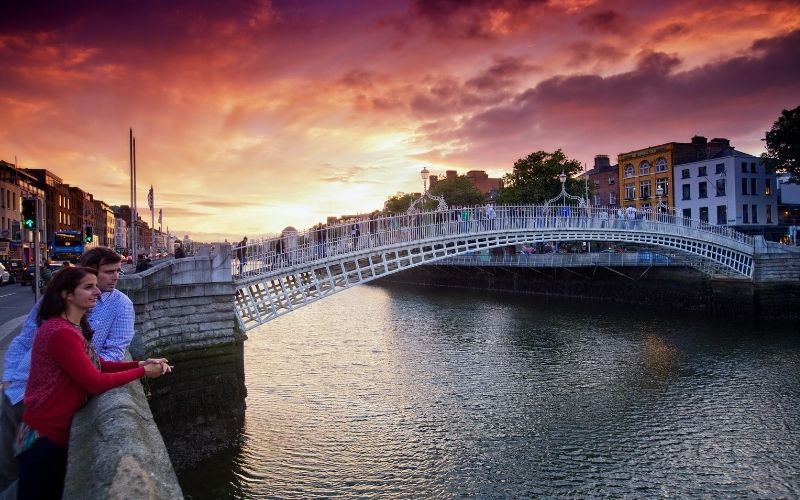 See where your favourite TV and movies were filmed

The island of Ireland has been the location for many famous TV series and films. The Wild Atlantic Way has played host to the likes of Star Wars: The Force Awakens in County Kerry, the magic of Harry Potter on the Cliffs of Moher in Co. Clare and of course The Quiet Man in Connemara.

In Dublin city stand on the grounds of Trinity College where the immensely famous TV series Normal People was filmed, or stroll along the cobblestones streets and be reminded of moments from the Oscar-winning film Once.

Movies like Saving Private Ryan and Brooklyn were both filmed in County Wexford in Ireland’s Ancient East. While in Northern Ireland, the show Derry Girls is filmed in Derry-Londonderry and Game of Thrones® was created in multiple locations including Tollymore Forest Park in Co. Down, The Dark Hedges in Co. Antrim and Pollnagollum Cave in Co. Fermanagh. 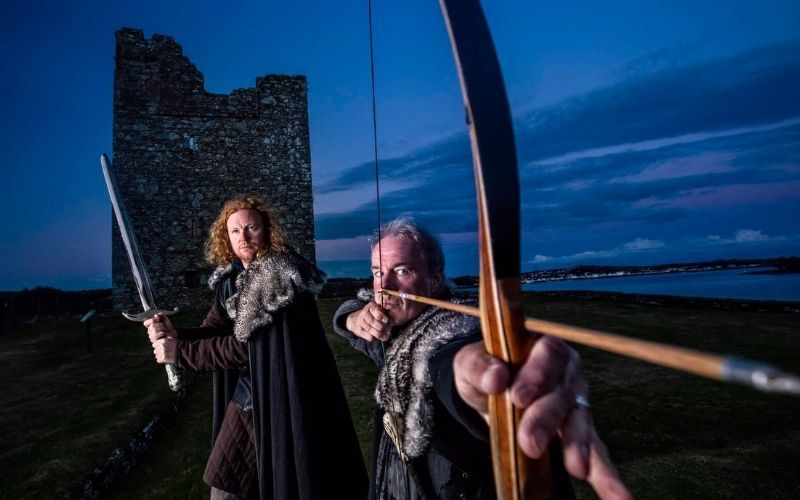 Enjoy the "water of life" at an Irish Whiskey Trail

The island of Ireland is famous for its whiskey and in Irish the word translates to "uisce beatha" meaning "water of life." If you’ve never done a whiskey trail to learn all about the distilling process, 2022 is the perfect time to take it all in.

Some notable favourites in Dublin city include Jameson and Teeling, but quality whiskeys can be discovered all over the island. In Northern Ireland, the Old Bushmills Distillery is the oldest working distillery on the island of Ireland. On the Wild Atlantic Way, Clonakilty and Dingle Distilleries offer tasty whiskey and incredible coastal views.

Finally, Slane Distillery in the Boyne Valley of Ireland’s Ancient East boasts a fine whiskey and the beautiful Slane Castle that can be visited after your distillery tour. 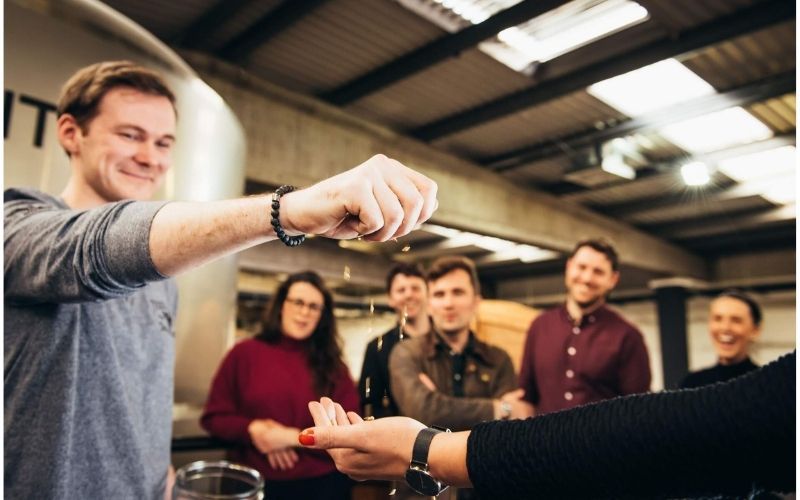 We hope we have inspired you for your visit to the Emerald Isle in 2022. Now, what are you waiting for? Ireland is here waiting for you, so press the Green Button and start planning your trip today!