Ty Kelly revisits his Jewish roots and finds a connection. 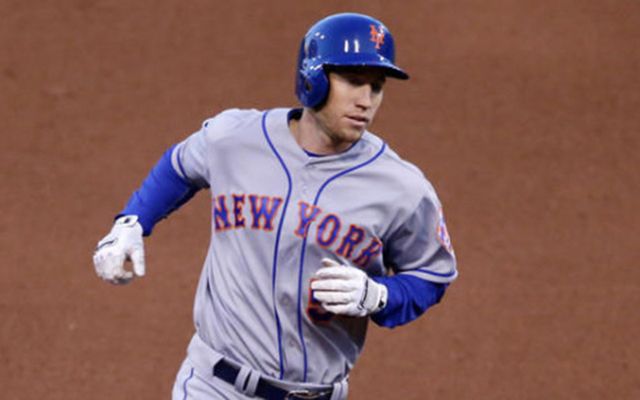 It has often been speculated that the Irish are one of the Ten Lost Tribes of Israel. Apparently, in their wanderings, the Irish learned to “take two and hit to right.”

Baseball has always been in the blood of Irish-Americans. In fact, baseball’s foundation was built by men such as John J. McGraw and Cornelius McGillicuddy, better known as Connie Mack. Both are in the Baseball Hall of Fame.

And, as baseball has become more of an international sport, countries not usually associated with baseball have turned to the United States in search of players to fill their rosters for the World Baseball Classic, which will rev up in South Korea at the beginning of March.

It’s easy for countries with a tradition of baseball—the U.S., Korea, Japan, Canada and the Latin American countries—to fill their roster with homegrown players. Not so with countries with basically no baseball traditions of their own. Ireland, the U.K., South Africa, the Netherlands, and Italy come quickly to mind. Also in this predicament is Israel. Although baseball has been blessed with such Jewish stars as Hall-of-Famers Sandy Koufax and Hank Greenberg, Jews make up less than 1% of major league rosters.

Which brings us to one Tyler Patrick Kelly, a former major league player now on the AAA roster of the New York Mets. Kelly is 28-years-old and was drafted by the Baltimore Orioles in the 13th round in 2009. He made his major-league debut in 2016, appearing in 39 games with the Mets, hitting .241. In the Wild Card playoff game between the Mets and the San Francisco Giants, he had one of only four Mets hits (as a pinch-hitter) off Giants ace Madison Bumgarner.

So, it was with some surprise that Kelly’s name showed up on the roster of Team Israel in the World Baseball Classic. This also caught the attention of the Jewish Baseball News which asked Kelly how it all came about.

Kelly said his family didn’t attend church or synagogue much. “When my mom’s side of the family was over, we were learning about the basic Jewish stuff … and when my dad’s side was over it was all about Christianity and everything. It was a good mix of both.”

The rules for joining a team in the World Baseball Classic are quite liberal. You don’t have to be a citizen of the country you are representing. Having one grandparent who comes from that country makes a player eligible. It was easier for Kelly since his mother Diane is Jewish.

Kelly finds his Catholic-Jewish religious dichotomy quite intriguing. He was moved by a recent visit to Jerusalem’s Western Wall. “That experience was amazing,” he told the Jewish Baseball News. “We were there on Shabbat [the Jewish Sabbath] so there were tons of people out there. Tons of people up at the Wall, praying and singing and dancing…. I don’t think we have anything like that in America, religion-wise. It was almost like being at a sporting event with the people cheering and singing and praying together.”

“I feel like I should do more,” he recently said in an interview with the Associated Press.

“I feel like I need to study as much as I can and stay connected as much as possible,” said Kelly. “I want to have as much depth in this as possible and not just something where I go play baseball for a tournament and it means nothing else.”

And deep down how does he feel about the pull of two religions? “It is a tough question,” he told the Jewish Baseball News, “because at any other point in my life if I was asked that, I would just have said ‘Catholic’ because I went to a Catholic high school and that’s what I studied…. It’s really hard and I haven’t thought of a good answer for this question. I respect all of the religions and it’s hard to make a case – at least to myself – that I should just pick a religion, you know what I mean? I guess my best answer would be, I feel happy that I was able to experience both of the religions the way that I did growing up.”

So, whatever your religion, say a prayer for the Irishman trying to lead Israel to the promised land in the World Baseball Classic.

Dermot McEvoy is the author of the "The 13th Apostle: A Novel of a Dublin Family, Michael Collins, and the Irish Uprising" and "Our Lady of Greenwich Village," now available in paperback from Skyhorse Publishing. He may be reached at dermotmcevoy50@gmail.com. Follow him at www.dermotmcevoy.com. Follow The 13th Apostle on Facebook at https://www.facebook.com/13thApostleMcEvoy/