Sinéad O’Connor says she is "deeply sorry to have blamed anybody" in the wake of teen son Shane O'Connor's tragic death. 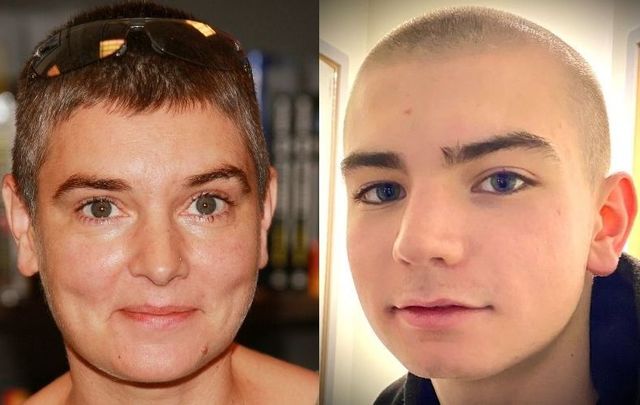 Sinéad O’Connor has been publicly grieving the tragic loss of her son Shane O’Connor, 17, who was found dead on January 7 in Co Wicklow while he was in the care of the Irish State.

On Monday, however, O’Connor took to Twitter to apologize for “lashing out” in the wake of her teenage son’s death, noting that the people behind Tusla, Ireland’s Child and Family Agency, are “human.”

Ok, I’m gonna do the right thing here and apologise for my lashing out. Tusla are working with very limited resources. They loved shane. They are broken hearted. They are human. I am sorry I have upset them. We are a third world country. It’s not their fault.

In a follow-up tweet, O'Connor shared her phone numbers "if anyone from Tusla would like to contact me." O'Connor asked her fans not to use the phone numbers to contact her and requested that any flowers be sent to Shane at Loughlinstown morturary.

"You did your best," O'Connor wrote on Twitter to Tusla. "I am sorry I lashed out."

She continued: "The issue is.. we are a third world country. We have 12 beds in special care for suicidal teenagers."

She added: "Tusla did their best. We all did: and I am deeply sorry to have blamed anyone."

The issue is.. we are a third world country. We have 12 beds in special care for suicidal teenagers. And no resources to save those who can’t manage life. 128 icu beds in the whole
Country. Tusla did their best. We all did: and I am deeply sorry to have blamed anyone.

The apology comes less than a day after O'Connor warned Tusla on Twitter that "a storm is coming that you haven’t rehearsed for." O'Connor deleted that tweet on Monday not long after issuing her apology.

O'Connor also said on Twitter on Monday that her son was Hindu, and his funeral service will be of the Hindu tradition.  She believes the ceremony will be this Thursday, January 14.

Fyi. Shane was Hindu. So the funeral will be just his mother and father. This was also the wish Shane expressed in his suicide notes. If you’re going to send anything to the mortuary at Loughlinstown hospital pls send flowers or Hindu objects. Shane O’Connor.

On Saturday, January 8, O'Connor confirmed that her son died from suicide. His body was found in the Bray area of Co Wicklow on January 7 after going missing while on suicide watch in Tallaght Hospital a day earlier.

My beautiful son, Nevi’im Nesta Ali Shane O’Connor, the very light of my life, decided to end his earthly struggle today and is now with God. May he rest in peace and may no one follow his example. My baby. I love you so much. Please be at peace:

The Irish Examiner reports that "several inquiries" into Shane O'Connor's death are expected to be conducted.