“I don’t know how I will live without you”: Sinéad O’Connor to son, Shane

Sinead O'Connor has shared her heartfelt grief having lost her 17-year-old son, Shane, to suicide. 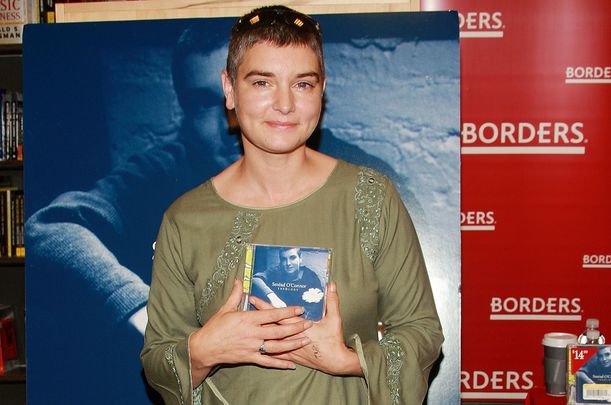 Blaming the State for the fact that Shane, who was on suicide watch at Tallaght hospital, fled before being found near Bray, Sinéad O'Connor took to Twitter in an outpouring of emotion over her loss.

On Sunday night she tweeted "Shaney, babba, stick with me. Wherever you may also be, please stick with me. My baby, I don’t know how I’m going to live without you.”

She also wrote that her son, Shane, "adored" his father, the Irish musician Donal Lunny.

Sadly on Saturday, O'Connor tweeted that Shane had died by suicide, having gone missing from Tallaght Hospital, in Dublin. He was discovered in Shankhill, near Bray.

O'Connor tweeted “the very light of my life, decided to end his earthly struggle today and is now with God”.

She tweeted on Sunday “I would like to thank all care staff at Riverside for the love you gave Shane. You did your best at all times. He loves you for it and so do I. Be at peace.”

She also thanked Shane’s father, Donal Lunny, the famous folk musician who played with bands, such as Planxty and The Bothy Band.

“You did your best too, Donal. And Shane adored you. And I will always remember how sweet you have been to him. You have been a lovely father. I am so sorry for your loss.”

There has been a huge outpouring of support and condolence for O'Connor, Lunney and their family since the sad news broke.

The Pogues singer, Shane MacGowan, wrote on social media "Sinead you have always been there for me and for so many people, you have been a comfort and a soul who is not afraid to feel the pain of the suffering. You have always tried to heal and help. I pray that you can be comforted and find strength, healing and peace in your own sorrow and loss.

"He was a beautiful boy and I loved him. I pray that he can be at peace and also be able to stay connected with you.”

Lead singer of the Waterboys, Mike Scott, tweeted: “Condolences to Sinead O’Connor and Donal Lunny, parents of 17-year-old Shane who it has been announced today has died.”

Imelda May tweeted “May he rest in peace and rise with love. I send my love to you Sinead O’Connor and Donal Lunny on the loss of your beloved son.”

Since Shane's untimely death has been revealed O'Connor also took to Twitter to ask "How has a 17-year-old traumatized young person who was on suicide watch in Tallaght Hospital's Lynn Ward been able to go missing?”

O'Connor, in a series of tweets when on to criticize the Irish health service, the HSE, the child and family agency, Tulsa, and the Irish State.

She wrote "26 hours after my son died in the so called care of the Irish State in the form of Tusla, I have yet to receive any contact from Tusla or their representatives. I was informed by Gardai of my son’s death and later I spoke with the GAL [guardian ad litem]. No contact from Tusla is unacceptable."

O’Connor later posted: “I have now formally identified the remains of my son, Shane. May God forgive the Irish State for I never will.”

She continued "Now tusla want to discuss with me ‘a media release’ no doubt wishing to have me join in their efforts to make this death of my child seem like it wasn’t at the hands of the Irish State [sic].”

The HSE said, in a statement, it “cannot comment on individual cases when to do so might reveal information in relation to identifiable individuals, breaching the ethical requirement on us to observe our duty of confidentiality”.