Legend has it that the Witch's Yew at Blarney Castle is home of the Blarney Witch and some early morning visitors have claimed to have seen dying embers of a fire in her kitchen! 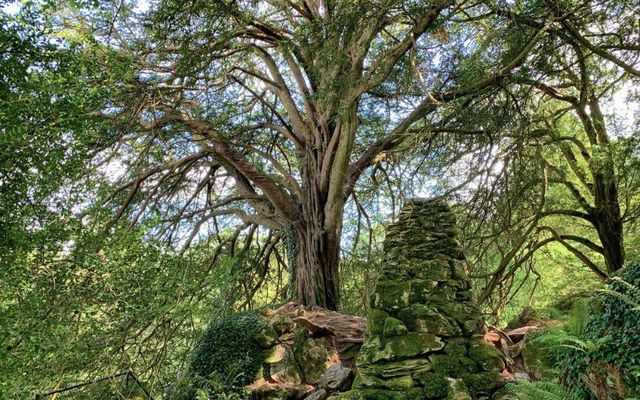 Irish myth and legend believe that the Witch's Yew on the grounds of Blarney Castle is Ireland's most haunted tree.

This Yew Tree, situated in the Rock Close on the grounds of Blarney Castle Estate, has been estimated by experts to be in excess of 600 years old.

According to the Tree Council of Ireland, a folly known as "The Witch’s Kitchen", was built by the Jeffreyes family under the already existing yew tree in the 1750s as part of the famous Rock Close gardens.

Did you know?: The Irish Heritage Tree, founded by IrishCentral, is a program supported by the Tree Council of Ireland that lets you plant your own native tree in Ireland and dedicate it to someone special. Click here to find out more.

Legend has it, the area is the home of the Blarney Witch, who first told mortals of the Blarney Stone’s magic powers i.e. the gift of eloquence. The Witch, imprisoned by day in the Witch Stone, is released after nightfall, only to be banished to the witch stone again at dawn. Some early morning visitors have claimed to have seen dying embers of a fire in her kitchen.

If you're lucky to visit Blarney Castle during your next trip to Ireland, seek out the Witch's Yew (if you're brave enough!) 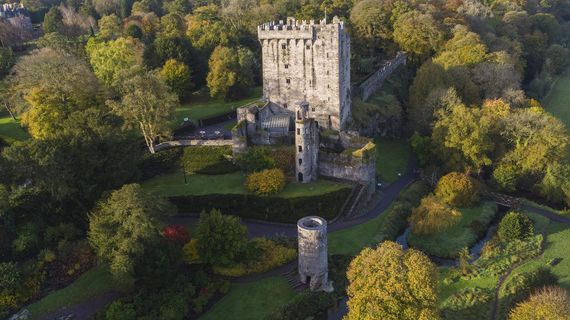 You can find the Witch's Yew, Ireland's most haunted tree, at Blarney Castle in Co. Cork

In 2019 the Witch's Yew Tree at Blarney Castle was voted Ireland's Tree of the Year!

The annual competition organized by the Tree Council of Ireland searches for “the tree with the best story. It doesn't have to be the biggest, or the oldest, or even the prettiest. It needs to have a good story to tell, a strong connection to the community, and maybe even a touch of magic!”

The Witch’s Yew at Blarney Castle beat out four other entrants that year: The Mighty Battle Oak at the Battle of the Boyne Visitor Center in Co Meath; The Farmleigh Sycamore at Farmleigh Estate in Phoenix Park, Co Dublin; the Arbour Hill Sycamore at Arbour Hill in Co Dublin; and The Castletown Sweet Chestnut at Castletown House in Co Kildare.