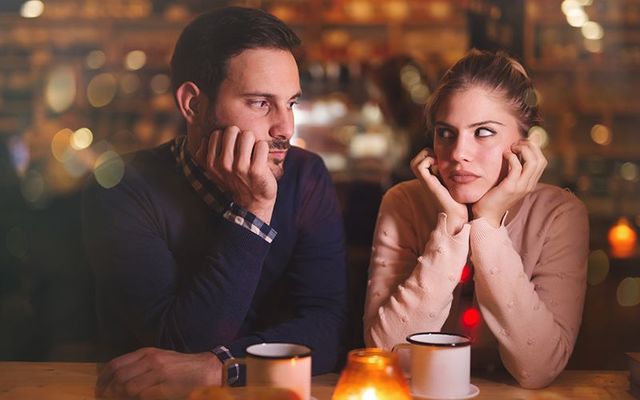 With its roots in Irish folklore, this Irish insult is also used almost as a term of endearment by the Irish. We're a complicated bunch.

Ah, the Irish! A fun-filled, welcoming race with hearts of gold and banter for days. Right? Well, until you cross us. Then woe betide. There’s nothing quite like the sharp tongue of an Irish person to put someone in their place, particularly those Irish who don’t suffer fools lightly.

The full terminology, “amadán dubh”, hails from Irish folklore and refers to the “dark fool” or “dark fairy”. Amadán Dubh is a trickster fairy found in Irish folklore, and is the "bringer of madness and oblivion." It is also said that Amadán Dubh "haunts the hills after sunset playing reed pipes to work his magic."

However, the shortened version of amadán, literally translated to “fool”, is used fairly frequently and can be taken either with a pinch of salt, as a term of endearment or as a fully-fledged insult, depending on the circumstance and the personality of the person issuing the insult.

According to Oxford Reference amadán is "a figure in Irish and Scottish Gaelic folklore who may assume both benevolent and malevolent roles. Amadán Mór, the Great Fool, is the Perceval-like hero of several Irish folk narratives and a sometime leader of the fairy host in narrative and poetry. Amadán na bruidhne, the fool of the fairy mounds or palaces is greatly feared because he may administer the fairy stroke, causing paralysis, crippling, or death; he is most active in June. There does not appear to be a connection between the folk figure and the colloquial use of Amadán in spoken Irish and English."

Generally, Irish people aren’t behind the door when it comes to dishing out the insults when they are deserved of course. So if you’re acting the fool you can expect to hear eejit or gobshite. As for the older generation or those in rural Ireland, you can fully expect them to openly and meaningfully call you an amadán and remind you exactly how you should be behaving. One to add to your list we think!