What are the Irish people’s most cherished summer memories?

Favorites include the smell of cut summer grass and enjoying 99 cones, with the scourge of wasps and midges still causing a shudder. 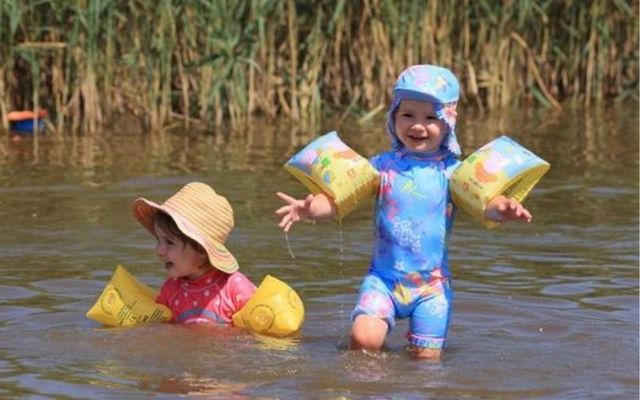 What are the Irish people’s most cherished summer memories? Rolling News

A national survey reveals the nation’s most nostalgic memories of an Irish summer.

With the Irish rediscovering the delights of rural Ireland amid the current staycation boom, a national survey by online lottery company Lottoland, has revealed that classic smells of freshly cut grass, silage, hay and barbecues as well as the ageless appeal of the ‘99’ ice cream cone and the familiar rush to the beach are the favorite summer recollections of the Irish public from the past.

Unsurprisingly, memories such as the dreaded hot summer scourge of wasps, midges in the bog and saving the hay came in towards the bottom of the survey, while summer traditions of heading to GAA championship matches and heading down the country to visit the country cousins score poorer than expected.

Delving into greater detail, the survey of 1,000 people from across the four provinces revealed a tie for the number one spot with almost half of adults claiming their most nostalgic memories of Irish summers revolved around either classic seasonal smells of cut grass, hay or silage, and barbecues, or enjoying that great summer treat of the ‘99’ ice cream cone,

The survey also revealed that approximately 1 in 4 people fondly remembered swimming in a lake, river or the sea, whilst just over 1 in 5 remembered hot and packed car journeys with the family and pets along with young love and flirting back in the day as their most nostalgic memories.

Around the country, Dubliners scored the highest of all the regions for heading down the country to visit the cousins. People from Connacht-Ulster had the most memories for hot summers scourged by wasps and midges.

While Munster folk fondly remembered going to GAA matches and hitting the beach when there was a break in the rain more than anyone else. Leinster came out on top for memories of long summer evenings of playing sport.