On this day: Charlotte Brontë was born in 1816

The famous novelist was born in Yorkshire, England, on this day but did you know Charlotte Bronte had strong Irish links? 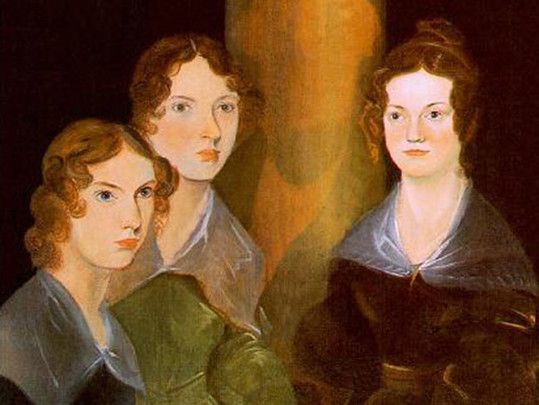 Made a household name by her written works such as "Jane Eyre", Charlotte Brontë "spoke with a strong Irish accent", honeymooned in Ireland and had familial connections to the Emerald Isle.

"Such a wild, iron-bound coast – with such an ocean-view as I had not yet seen – and such battling of waves with rocks as I had ever imagined."

This is how Charlotte Brontë described her visit to Ireland, on her honeymoon, in July of 1854. Her connections with Ireland were twofold. Her husband, Arthur Bell Nicholls, and her father, Patrick Brunty (Prunty), were both Irish. A lifelong friend of Charlotte also noted that she “spoke with a strong Irish accent”.

Patrick Brunty was born in Co. Down in March 1777. His father Hugh Brunty had moved from the south of Ireland to Down where he married Eleanor ‘Alice’ McClory in about 1776 and had ten children, Patrick was the eldest. The family stayed within a small geographic area even as their fortunes improved moving from Lisnacreevy to Ballynaskeagh in the late 1790s.

Patrick had shown an early aptitude and thirst for academic learning and was permitted to pursue these interests rather than working on the family farm, culminating in the opening of his own school at the age of 16. The upheaval of the 1798 rebellion appears to have disrupted his ability to keep his school open and he became a private tutor. Here his continued striving for self-improvement did not go unnoticed and he was encouraged to study Latin and Greek to prepare him for the Church. He entered Cambridge in 1802 at the age of 25. He was one of only two or three Irishmen admitted to Cambridge that year, and he was considerably older and poorer than most of his fellow students.

It is believed that it was here at Cambridge that he altered the spelling of his name to the now-famous Brontë. What is interesting to note is that this variation of the name can also be seen by the mid-nineteenth century among other members of the family, still living in Ireland, and from whom Patrick had deliberately distanced himself. Patrick did not cut ties entirely, he sent copies of Charlotte’s books to his family in Ireland.

Patrick had a difficult relationship with ‘Ireland’ and at turns embraced and distanced himself from his ‘Irishness’. It may be that his objections to Arthur Bell Nicholls as a suitor for his talented and famous daughter were not merely those of a proud father who thinks no one is good enough for his little girl. Arthur Bell Nicholls was close to his family in Ireland holidaying there and eventually returning to live there after Charlotte and her father’s death. Perhaps Patrick feared that Arthur would take Charlotte to Ireland, he could hardly be expected to remain a curate after his marriage.

Arthur who was born near Belfast in 1819, arrived to the Haworth Parsonage in 1845 as curate, having studied at Trinity College, Dublin. He spent the next eight years working diligently alongside Patrick, whose eyesight and general health were failing, before working up sufficient courage to ask for Charlotte’s hand in marriage. He was immediately rejected by an incensed Patrick who wrote vitriolic letters to Charlotte about the presumptive ‘man’. However, the romantic idea of the young man’s long unrequited love won Charlotte’s heart, where genuine feeling on her part was somewhat lacking. They honeymooned in Ireland where Charlotte was pleasantly surprised by the genteel manners of her new Irish relations.

"The other cousin was a pretty lady-like girl with gentle English manners….. I must say I like my new relations."

Charlotte also greatly appreciated the beauty of the Irish countryside during their four-week stay. She spent hours in silent contemplation of the Atlantic coast as her new husband hovered nervously nearby as she walked along the cliff edge. Unfortunately, their happiness was not to last and Charlotte died only a few months later during the early stages of a difficult pregnancy. Her husband stayed at Haworth tending to his father-in-law until Patrick’s death in 1861. Arthur then moved back to Ireland, to the family home, where he can be found in the King’s County Directory in 1890. He lived there until 1906, outliving his famous wife by half a century.

Juliet Barker, The Brontës: A Life in Letters (London: Viking), 1997

* This article was originally published in 2015 in association with Findmypast, it was updated in Apr 2022.