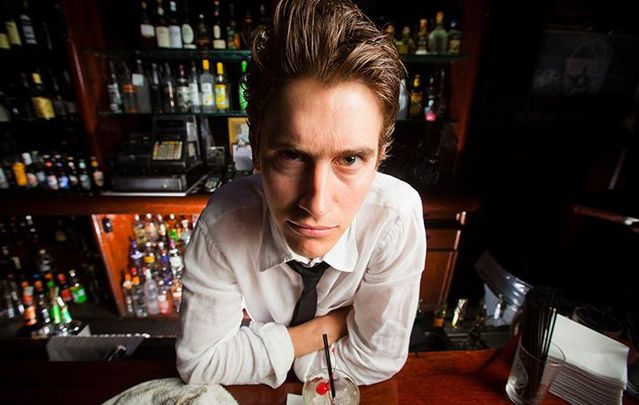 Huh! Facts about the Irish that make you question everything. iStock

We Irish are a mercurial bunch but honestly, some of these tidbits will make most Irish go... "Hmmm!"

Sex equality in the workforce

In 1976 the Irish Government was rapped on the knuckles for failing to comply with the European Economic Community guidelines by implementing the agreed sex equality legislation.

The Irish Government immediately advertised to fill the position of an equal pay enforcement officer. The advertisement offered different salaries for men and women.

“When Irish Eyes are Smiling”

The song “When Irish Eyes are Smiling,” synonymous with Ireland and all things Irish, was written by two Americans, George Graff and Chauncey Olcott, in 1912. There are no records to show that they ever even visited Ireland.

Off with their heads!

The guillotine was used by the Irish 500 years before the French adopted it.

The proof can be found in an old print of a gentleman named Murcod Ballagh using a guillotine near Merton, County Galway on April 1, 1307.

The oldest new part of the good book

The oldest known manuscript of the New Testament of the Holy Bible is housed in the Chester Beatty Library, next to Dublin Castle, in Dublin City Center.

An advertisement in the Irish magazine “Buy and Sell” in February 1999 read “Gravestone, £250, would suit someone with the name Burns.”

Building his own prison

John Coffee built the jail in Dundalk in 1853. Unfortunately, he went bankrupt while doing so and became the first inmate in his own prison.

Ireland is the only country in the world that has a musical instrument – the harp – as their national symbol. The oldest known harp in existence is housed in Trinity College, Dublin. It dates back to at least 1300.

Tuckey’s Cork Remembrance records a poor laboring man who lived in Ovens, County Cork in the early 19th century. He died at the age of 127.

The piece described him as healthy. It said “He walked four months before he died without the help of a stick or crutch, could see without spectacles, retained his senses and appetite to the last, and was followed to the grave by his descendants of the seventh generation.

The word "boycott" originated in Ireland, after the town of Ballinrobe, Co. Mayo started a campaign of isolation against Charles Cunningham Boycott, a land agent who worked for the 3rd Lord Erne. History tells it that in 1880 all local shops refused to serve him, and the boy who delivered his mail was threatened.

The story made newspaper headlines, proving that no one does a good silent treatment like the Irish.

Bog nuts fall from the sky

In 1867 policemen in Dublin took shelter as nuts or berries fell from the sky.

They described the objects that fell as falling “in great quantities and with great force” during a “tremendous rainfall”. They described the berries as going “in the form of a very small orange, about half an inch in diameter, black in color, and when cut across, seem as if made of some hard dark brown wood. They also possess a slight aromatic odor.”

One observer at the time believes the objects were  “hazelnuts, preserved in a bog for centuries”.

However, how they ended up falling from the sky was never explained.