A guide to the pronunciation, meaning, and alternatives to the most popular Irish girl names. 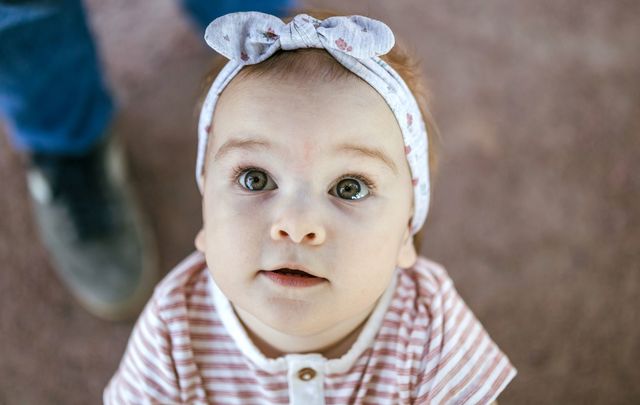 Are you looking for cool Irish names for your baby? Check these out. Getty Images

Are you looking for unique Irish baby names? Here’s a rundown of some traditional Irish names and their meanings.

For more than a hundred years the name Liam has remained popular in the United States. In Ireland, Irish names remain relatively popular. I think everyone I know has at least one Aoife, Ciara, Siobhan, or Niamh in their lives! However, for our American cousins, it’s often the pronunciation or spelling of the names that put people off. Hello! Way too many vowels!

Our team at IrishCentral hears your struggles so we’ve put together a guide to the pronunciation, meaning, and alternatives to the most popular Irish girl names:

Here are the top traditional Irish names for baby girls:

History: Derived from the Anglo-Norman name Jehane and Jehanne, it is another form of the English name Joan. The name Siobhan was introduced to Ireland by the Anglo-Normans in the Middle Ages.

The Scottish Gaelic form of the name is Siubhan (which is usually anglicized, Judith).

History: Known as the greatest woman warrior in the world, Aoife was the mother of Cuchulainn’s (read the legend) only son, Connlach. Aoife Dearg (“Red Aoife") was a daughter of a king of Connacht who had her marriage arranged by St. Patrick himself.

History: St. Ciara was a distinguished seventh-century figure who established a monastery at Kilkeary in County Tipperary.

History: It is the Irish feminine version of the given name derived from Irish caomh meaning "dear or noble", from the same root as the masculine name Caoimhín (Kevin).

As of 2014, it was ranked the 19th most popular name among female births in Ireland.

History: In Irish mythology, Niamh is the daughter of the god of the sea, Manannán mac Lir and one of the queens of Tír na nÓg, the land of eternal youth. She was the lover of the poet-hero Oisín.

Neave is an unrelated English surname cognate to the word nephew.

History: This name has only been used since the 1920s and has strong patriotic overtones.

What’s your favorite Irish baby name? Let us know in the comment section below!