The six counties of Northern Ireland are mostly written in Latin and have been transcribed into English and colorfully mapped out below. 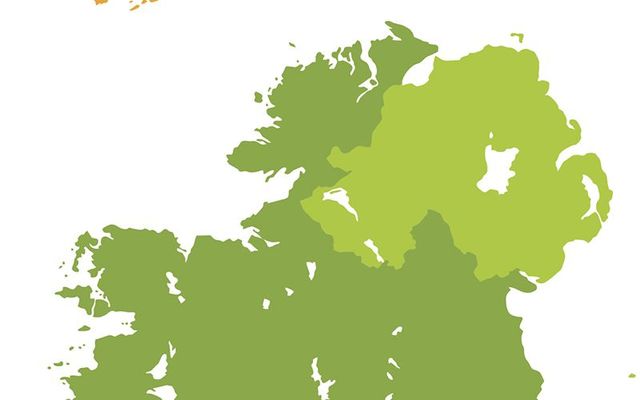 On Stride Financial have researched the long-forgotten mottoes of Northern Ireland's counties and celebrated them in this brilliantly illustrated map.

Have you ever wondered what the motto on your county's crest means?

Well, a team at "On Stride Financial" have researched the long-forgotten mottoes of Northern Ireland's counties and celebrated them in this brilliantly illustrated map.

The six counties of Northern Ireland are mostly written in Latin and have been transcribed into English and colorfully mapped out below.

Following the Anglo-Norman invasion of Ireland, the English administration created counties as the major subdivisions of an Irish province.

Though the present-day counties of Northern Ireland were planned in the early 16th century, some had already existed in one form or another beforehand although their boundaries would be adjusted.

Administrators created fearsome county mottoes to grace their coats of arms to delineate the artificial boundaries.

Today, these mottoes are mostly hushed-up in favor of county slogans – the more modern, publicity department-generated captions you see on “Welcome To…” signs.

County slogans are designed to entice tourists, whereas mottoes were often fear-inducing statements designed to warn outsiders of a region’s ferocious might and superiority!

But now we can revisit these important historical meanings and add a little modernity to them.

Coat of Arms for counties Armagh and Down. Images: Wikipedia

“Wisdom and prudence” are the guiding of Co Tyrone’s “Consilio et Prudentia” motto whereas Londonderry turns directly to God with “Auxilium a Domino” which means “Help comes from the Lord.”

Coat of Arms for Tyrone and Londonderry. Images: Wikipedia

However, the coat of arms for Co Derry which is different to the one used in the illustration reads, "Vita, Veritas, Victoria" which translates into "life, truth, victory."

The only non-Latin motto in Northern Ireland is Co Fermanagh, whose motto – “Feor Magh Eanagh” – is what the ancient Irish used to call the region.

It translates as “country of the lakes.”

What do you think about this new illustration and its translations?
Let us know in the comment section below.