The unsung Irish-American media pioneer was hired in New York City on September 4, 1833, by Benjamin Day, the publisher of the New York Sun. 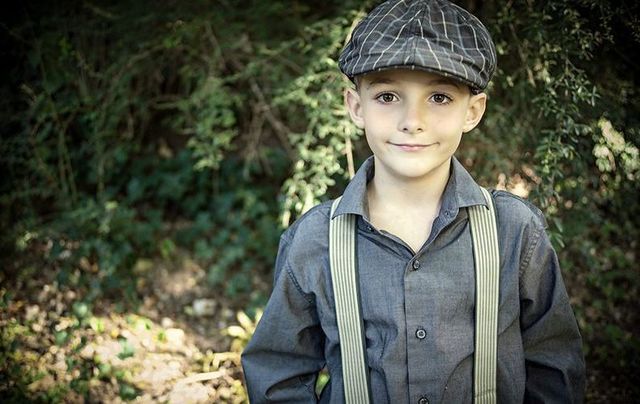 Each September we celebrate National Newspaper Carrier Day - a holiday in honor of America's first paperboy, ten-year-old Barney Flaherty, as well as every newspaper carrier today.

The unsung Irish-American media pioneer was hired in New York City on September 4, 1833, by Benjamin Day, the publisher of the New York Sun.

The Museum of the City of New York released the following photo from their extensive archives in September 2012, captioned: "Today in 1833, a 10-year-old boy named Barney Flaherty became the first newsboy after responding to an ad in the New York Sun. Newsboys became a prominent fixture in New York City life well into the 20th century. This fellow below was photographed ca. 1890 by Jacob Riis."

His only job requirement was to show Day that he was able to throw a newspaper into the bushes.

Flaherty was an entrepreneur as well because newsboys were not newspaper employees - instead, they were free agents who bought their papers at a discount, unable to return unsold copies.

It made for a very rugged life, as a sole means of support for many thousands of homeless children.

It's no surprise that these newsies would attract the attention of photographer and prominent social reformer Jacob Riis. Riis was a "muckraking" journalist and social documentary photographer who used his journalistic, photographic and writing skills to help the impoverished in New York City.

New York City's newsboys mounted several strikes; the Newsboys Strike of 1899 forced a change in the way leading papers compensated their streetwise sales agents. The strike was given the "all-singing, all-dancing" treatment in the Disney production "Newsies" on Broadway, in an area where Barney Flaherty may have once plied his trade.