Seared into her soul - how her Irish ancestors made her write

How author Linda Hughs familial love of storytelling and her Irish ancestor's incredible tale of immigration have influenced and shaped her writing. 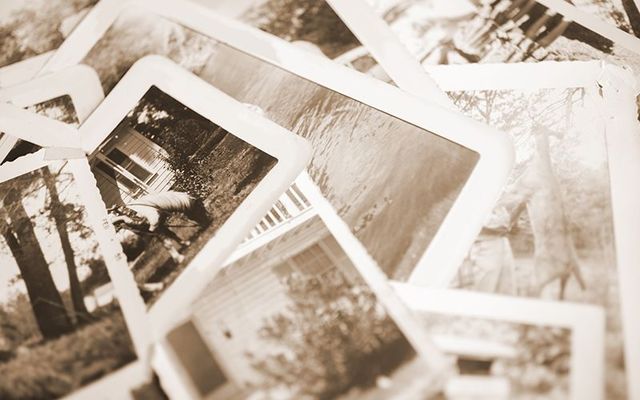 Always with us! How this author's Irish ancestors shaped her writing. Getty

I’ve always felt the presence of my Irish ancestors in my bones, my blood, and, yes, my soul. Do you feel it, too?

How could I not? My mother’s maiden name was Sullivan, and our family tree is full of names like O’Brien, McIntire, Finnerty, McKenna, McVay, Gallagher, and Cunningham. Sunday dinner at our house was a traditional Irish seanchí (storyteller) time. We took the words of mythologist Joseph Campbell to heart: “If you’re going to have a story, have a big story, or none at all.”

So I grew up with a lot of tall tales about our family history. In recent years, ancestry websites have given me the opportunity to do research to find out how much of it is true. What I’ve discovered is even more compelling than the tales. It isn’t that anyone was lying about our family; they simply didn’t have all the facts. Those facts are astounding and make me suspect that most of us, maybe all of us, have fascinating hidden histories buried deep within us.

Read more: I always knew I was an O'Sullivan at heart - Discovering my ancestry

Having been groomed as a storyteller myself, I’ve used my Irish ancestors’ stories to write a trilogy of novels that incorporate my Irish history, as well as other treasures I unearthed in doing research on the Irish in my part of the United States, the northern Great Lakes state of Michigan. We hear a lot about Irish immigrants in our country’s eastern cities, but less about them spreading out into the hinterlands.

In the mid to late 1800s, many Irishmen immigrated to Michigan to work as lumberjacks in the booming timber trade. Men from other countries and poor American families were amongst them, so it was an eclectic crew. It was grueling work, but they were housed and fed comparatively well, to keep them strong for cutting down and transporting giant trees. Few were married. Unless a wife served as a cook for the crew, there was no place for her. So when a man wanted to settle down with a family, it was time to find another job. They lived in mobile camps called shantytowns; thus, they were called shanty boys. Their camps usually consisted of log bunkhouses and a lodge that they built themselves, and tents. More about the history of logging in Michigan can be found at Hartwick Pines State Park.

Timber was big business with Victorian-era construction going on throughout the country. Michigan had plenty of trees – at first. When one forest was depleted, the crew would be moved to a new one. Therefore, lumberjacks lived a nomadic life.

When he became too old to work, he might commit himself to an insane asylum, as such institutions were called, that housed not only people with mental difficulties but the poor, as well. A list of names of residents for the Northern Michigan Insane Asylum in the early 1900s in Traverse City includes lots of Irish monikers amongst 2,000 inhabitants. During that era, such an institution was relatively good to its residents, with a prevailing philosophy that work was beautiful. They were a self-sufficient entity and many residents were deemed fit to roam the grounds and do farm work for the food that fed everyone there. So, the life of a retired Irish lumberjack may not have been all bad, even though he would have had to carve out an existence away from his homeland and without a family of his own.

Not all outcomes of immigration were that dreary. One branch of my family tree finds an Irish ancestor, Patrick S. Sullivan, who settled in Wisconsin, not far from Michigan. I've found the document where he officially took off the "O" from his name, which had been O'Sullivan. It appears that he was making an effort to Americanize himself.

Patrick either simply took or was granted land by the government, in exchange for taming the wild frontier. After surviving Indian raids in the early 1800s, by the mid-1800s his line had established a successful dairy farm and large family in the southwestern part of the state.

Research reveals that my Irish ancestors came from all over Ireland, and I find it fascinating that those who may have had political and religious differences in their homeland came here and married. My own parents, both of Irish heritage, married even though my Mom was Roman Catholic and my Dad was Church of Christ. Back then, in the 1940s, they weren’t allowed to marry in the Catholic church because my dad had been divorced. So, they met in the middle and became Episcopalian. That is the kind of thing that happened repeatedly throughout the history of this country.

I have visited Ireland many times and will be back. It feels like home. My ancestors undoubtedly left under difficult circumstances, to say the least, and I will be eternally grateful to them for their sacrifices that gave me the life I have today. I always feel surrounded by their love, but I feel it especially when I am in our homeland.

Therefore, writing my novels about Irish heritage felt like a way to honor their memories. “Secrets of the Asylum,” “Secrets of the Island,” and “Secrets of the Summer” follow a fictional Sullivan family through the years as they unravel family mysteries. It all leads back to a lumberjack waiting for his Irish lass to join him, but fate leads them astray. After discovering their sacrifices, descendants learn to appreciate what has been passed on to them. More than money and opportunity, the stories of family and everlasting love are the gifts to be treasured.

Ireland is in their bones, and they won’t ever forget it.

I'd be pleased to have you visit my website for more information: www.lindahughes.com.