A history of mashed potatoes… and it's not Irish

Some people have gone as far as to say that mashed potatoes are just "Irish guacamole" because Irish people eat them with everything. 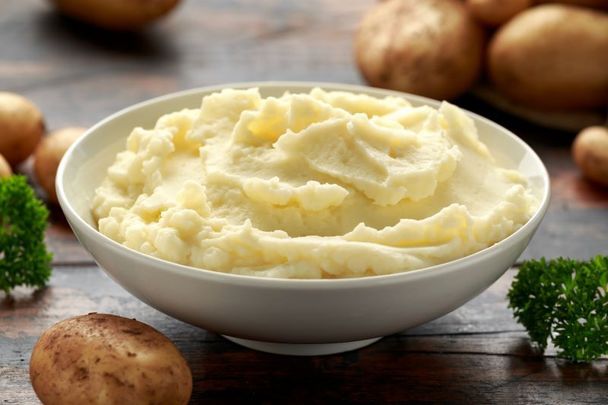 How do you take your spuds? Getty Images

Mashed potatoes are a staple food in almost every Irish household, but the side dish has a long and storied history that has little to do with Ireland.

Imported from South America in the 16th century, potatoes initially failed to take off in Europe as a delicacy.

In France, potatoes were so unappetizing that the French Government passed a law banning them as a food source for humans in 1748.

Instead, potatoes were reserved for animal feed in France, while some people believed that they actually caused leprosy.

Ironically, it was a Frenchman who was one of the first people to discover one of the tastiest variations of the potato, a dish that would become increasingly popular over the course of three centuries.

Antoine-Augustin Parmentier, a French military pharmacist who served in the Seven Years War between Britain and France, was captured by Prussian soldiers and forced to live on a diet of potatoes while imprisoned.

Forced to eat potatoes or starve to death, Parmentier soon discovered that potatoes weren't the leprosy-inducing animal feed that French people believed them to be.

The imprisoned pharmacist actually discovered that potatoes were a delicious food source and began experimenting with different variations of the tuber.

Following his release from prison, Parmentier returned to France and began to tell his countrymen about the wonders of the potato. He demonstrated different ways to cook them, including mashing them, and began to call on the French Government to lift its ban.

Parmentier began a series of publicity stunts in his campaign to lift the ban on potatoes, hosting high-profile dinners where different variations of the potato, including mashed potatoes, featured prominently.

The French Government was eventually forced to lift its ban on potatoes in 1772.

English author Hannah Glasse told her readers to boil potatoes, put them in a saucepan and mash them well with milk, butter, and salt in "The Art of Cookery, her 18th-century recipe book.

Across the Atlantic Ocean, meanwhile, American woman Mary Randolph included a recipe for mash potatoes in "The Virginia Housewife."

In Ireland, where potatoes were already popular due to their high nutrient content, the mashed potato took off.

Irish people began to mash their potatoes too, often with kale or cabbage in a traditional Irish recipe known as Colcannon.

The mashed potato has remained an incredibly popular dish in Ireland for more than 200 years and is still found on most dinner tables throughout the country.

Some people have gone as far as to say that mashed potatoes are just "Irish guacamole" because Irish people eat them with everything.

The dish has proved similarly popular in dozens of countries around the globe and is served in fast-food restaurants and five-star restaurants alike.

Not bad for a food that was once thought to cause leprosy.