Ever felt you have ‘lost’ time? You could have encountered fairies

There is a man from County Kerry who suspects he was lured by a fairy from a family picnic and taken to an unlikely place. 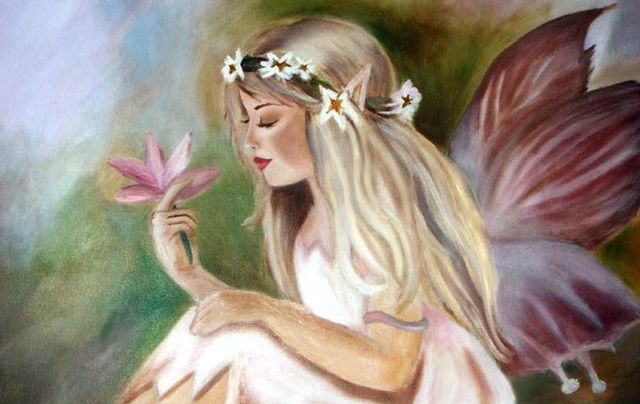 Fairy magic: Could fairies be responsible for that feeling of losing time / zoning out? Elfwood.com / Collective Commons

Come away, O Human child, to the waters... There is a man from County Kerry who suspects he was lured by a fairy from a family picnic and taken to an unlikely place. He ‘lost’ time during the encounter, but that wasn’t the most frightening part of his story

One man knows this feeling all too well. Danny, from County Kerry, recently shared his childhood story and to this day, still wonders how he survived the experience at all.

The tale of water fairy

This is a story which my father has told me about my childhood. I was too young to remember any of the details so I will be relying on my father’s veracity, yet he isn’t a man prone to fantasy.

The incident occurred when I was a young child… possibly around six years of age. I was a blonde, curly haired, boy who wasn’t one for wandering.

We were on a family picnic at a large park. The park was kind of in the country, but not too far from town. There were various areas of trees and bushes, as well as many ponds of green-tinged water. There were other families about, but they were doing their own things away from us.

At some point, I had gone for a wander to play and my parents paid me little attention until they noticed I had been gone for a while. Despite this, they were not too worried, we were in the country and it wasn’t a very populated area.

After a while, my father noticed I had been gone for some time and decided to go look for me. He wandered about the park and didn’t see me with any of the other children. He walked round and round without finding any trace of me.

Read more: Do you have a fairy in your family?

Apparently, he was starting to get a little worried, yet he was sure I was still there somewhere… he told me he was thinking that I was just hiding from him.

He walked to the edge of one of the ponds and listened, to hear if he could find me. While he listened, he looked down at the water and noticed an odd bright green plant a short distance under the water. The plant appeared strange to him and something about it piqued his curiosity.

For a reason he can’t explain, he got down on his knees, reached into the water and grasped the bright green plant.

He pulled the plant out and as it started to emerge, he realized it wasn’t a plant, it was my hair which he had grasped.

He lifted me into the air and I just looked at him calmly, then he put me on the grass, and I sat down peacefully. He stared at me in shock and asked me what happened. In my childish language, I told him that I was playing with some other children. They told me to follow them into the water and I was playing with them there, under the water.

The weirdest thing about this story is that I was sitting on the bottom of the pond for several minutes. I wasn’t hurt in any way and when I emerged, I was calm and acted as though nothing traumatic had happened.

Danny’s encounter is certainly unique. Who can say how long he sat on the bottom of the pond ‘playing’ with his new friends, but it was certainly longer than any 6-year-old, or adult, could do comfortably, or without serious consequence?

Where most people encountering fairy report feeling anything from a tinge of unease to a sense of terror, Danny felt entirely calm and playful throughout. And why not? Clearly, the fairy he encountered were benevolent, not only during their underwater game but also after his Father arrived and took him away.

It is a long-held belief that fairies seek out and delight in the curiosity and exuberance found in the company of Human children. In fact, it was this very notion which inspired Scottish author J.M. Barrie when writing his 1911 novel ‘Peter Pan and Wendy’.

“It is frightfully difficult to know much about the fairies, and almost the only thing for certain is that there are fairies wherever there are children.” ― J.M. Barrie

I suspect the water fairy enjoyed their game with Danny, and who knows, perhaps they are still waiting for him to return to the pond.

Read more: My mission to chronicle the Fairy of Irelan

Have you experienced an encounter with a Faerie of Ireland?

Perhaps you know someone else who has, or have an old story of Irish Faerie rattling around the family?

Drop by www.faerieofireland.com and share your story with Kitty.