Do you have a fairy in your family?

Every family has one, a fairy. You can probably think of one in your own family. 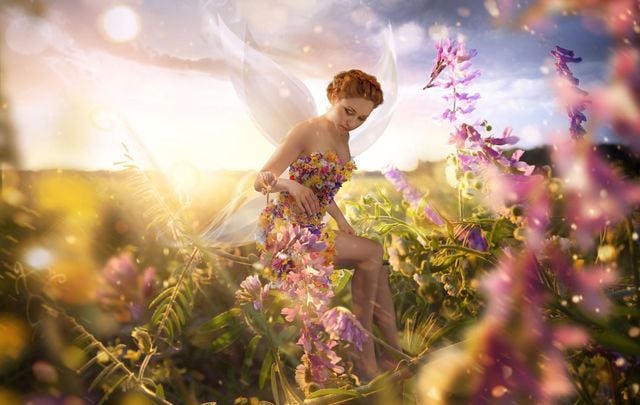 Do you know a fairy? Getty

Every family has one, a fairy. You can probably think of one in your own family.

The oddball, the one who marches to a different drum, is cut from a different cloth, who seems away with the … well anyway, you know what I mean.

There is a family from County Roscommon with one, only she’s different in a way you might not expect.

The tale of my fairy cousin

I have an Aunty who believes her daughter, my cousin, was fathered by a fairy.

The story goes, when she was sixteen Aunty disappeared for a week and when she got back home, she was pregnant.

Mam says my grandparents were livid and told everyone outside the family that she went over to England with a pal on a shopping trip and was "taken advantage of" by an English scoundrel but Aunty tells a different story.

She says she remembers it well. It was broad daylight on the day of the summer solstice and she was walking home from the bus stop with two bags of groceries when she heard some music coming from a nearby ringed fort.

She says she was smart enough not to go near the music on account of the good people but remembers stopping on the road just to listen.

Next thing she knows, she’s walking in the front door a week later and sick as a parrot.

The whole pregnancy was woeful and she was sent to the hospital a handful of times in a dire state. Anyway, my cousin was born early but perfect, and so she has always been.

If it were me, I’d probably be pissed with everyone thinking me Da was a faerie, but it doesn’t bother my cousin at all. She just laughs.

Is it possible that half-fairies walk among us? Stories such as this are not as uncommon as you might imagine. Accounts of people being ‘seduced’ by fairies are as old as the hills and may have some merit.

Sure we’re all different, but some are more different than others. Have you ever known someone who always has a twinkle in their eye, like they know something no-one else knows?

Ever had a musician, painter, singer, writer, sculptor or storyteller whose work moved you to silence, tears or revelation?

There is no doubt there are some among us who are touched with the rare ability to inspire others, during their own lifetime or long after they have passed. You can probably think of a few yourself: John F. Kennedy, Luke Kelly, WB Yeats, Stephen Foster, Grace O’Malley, Oscar Wilde, Michael Collins or John Lennon.

“I believe in everything until it's disproved. So I believe in fairies, the myths, dragons. It all exists, even if it's in your mind”

You might expect people would rush to claim fairy parentage but sadly most would shun the notion. As more of us are drawn toward bulging cities of concrete and steel, so our connection to, and understanding of, the natural world and its faerie inhabitants is drifting away.

So it is, we cannot blame our author from Roscommon for choosing not to provide their family name. Claiming a fairy in the family may leave them open to unwanted attention or worse, ridicule. And who would seek that?

Well, the good news is, there is a safe place you can go to share stories of suspected fairy in your family.

Read more: Top Irish legends and myths to tell your kids at storytime

Drop by www.faerieofireland.com to read more contemporary accounts of encounters, sightings and unexplained experiences concerning Faerie of Irish Faerie Folklore and while you’re there, share your own story with Kitty.