In this footage from 1968, reporter Brian Cleeve meets Michael Cleary, a man who has spent fifty years making and maintaining the roads of Tipperary. 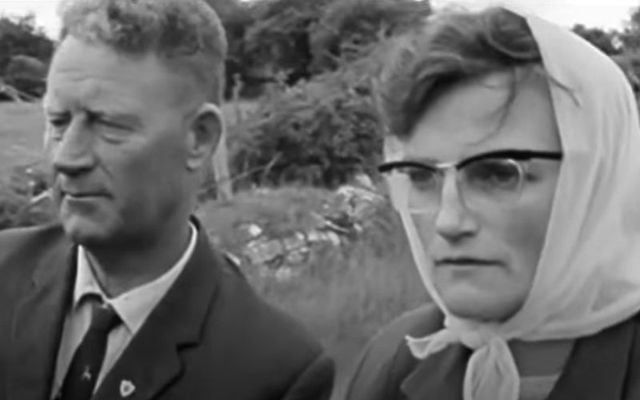 This archive clip from South Tipperary in 1968 looks at the life of one man who has spent fifty years maintaining the roads and how things are changing for the next generation.

The episode titled ‘Rural Portrait: King of the Road’ was first broadcast on 23 December 1968. In the series reporter Brian Cleeve examines the lives of ordinary county people and meets three men - a road worker a vicar, and a factory worker.

In the short clip, we meet Michael Cleary, a man who has spent his life working on the roads of Tipperary.  As the county has over 1,500 miles of roads he is never short of work though Michael notes that, "A lot of machinery has taken the place of the horse and cart."

Michael lives with his wife and children in the countryside near Cahir. Their eldest son Denis is a student at the technical school and has an interest in becoming a carpenter when he leaves school.

"In a way, Michael Cleary is a lost generation - caught between two cultures and not sharing much of either. The old culture died with his grandfather, the new culture belongs to his son and his son's generation, or it can belong to them because they will have the education, the money, and the chances," says Cleeve.

The Cleary family goes to Cahir every Saturday morning on their pony named Bobby, where Michael’s wife [unnamed] does most of her shopping for the week ahead.

The episode ends with Cleeve noting that the world is rapidly changing and by the time Michael reaches retirement age, much of his work will be carried out by machinery and it is certain his sons will not be doing the same work that he is doing.

"Whatever work they have, they will be very lucky if they are as half as happy and contented in theirs, as their father has been in his 50 years of work making the roads of South Tipperary."