Irish woman Josephine Heffernan lived a remarkably traveled life, spending time in South East Asia, the Philippines, and Hawaii, as well as joining the US Army. 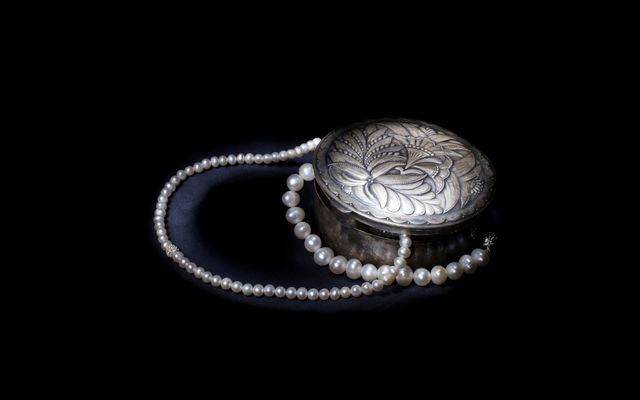 The bracelet of Josephine Heffernan returns to Bray after almost a century in France.

Ever lost something you truly treasured and believed it would never find its way back to you? We’re sure that one Irish nurse named Josephine Heffernan felt exactly the same about a bracelet she lost in France almost a century ago. While she may no longer be living to see its return, her family has now graciously accepted it back on her behalf, closing a 15-year worldwide search for its World War I owner.

Irish nurse Josephine Heffernan emigrated to the US in 1906, joined the army in 1910, and was deployed to US base in Rimaucourt, France, during World War I in 1918. It was at some point during her time working at this base in northeastern France that Heffernan lost the bracelet that would spark a search for its owner decades later.

After years of research and the involvement of a documentary maker, Heffernan’s roots were finally found and the trinket returned to her remaining family in Bray, Co. Wicklow, where she is now buried.

The World War I bracelet of Josephine Heffernan. Image: RTÉ.

Inscribed with the name Josephine Heffernan, the bracelet was discovered by an eight-year-old boy as he played in a school yard 15 years ago.

Bringing the obviously old piece of jewelry to his teacher Estelle Lefeuvre, she promised him that she would help discover who it belonged to and ensure it was returned to whomever this Josephine Heffernan may be.

It wasn’t until she retired some years later, however, that Lefeuvre began on her search, initially thinking that the person it belonged to must have been American.

Knowing that the US base at Rimacourt was an army hospital, it was initially presumed that Heffernan was an army nurse but no further details of her could be found.

As her search continued, Lefeuvre was joined by international nurse historian Marjorie DesRosier and documentary-maker Hélène Lam Trong who were both also fascinated with discovering the true identity of this mysterious World War 1 nurse.

"I was fascinated by the idea of finding out who this woman was. It was a gamble to see if we could find her, but the gamble paid off," said Lam Trong.

Finally, a death certificate was located and the Irish nationality of Heffernan was discovered, causing her fans - Lefeuvre, DesRosier, and Lam Trong - to reach out to the Bray Cualann Historical Society to find out more information on her life.

It appears that the Irish nurse lived a regular jet-setter lifestyle during her time as an army nurse, living and working in South East Asia, the Philippines, and Hawaii, periods of her life she documented in photo albums before retiring and returning to Bray in 1943.

Unfortunately, she died in 1962 and is now buried in St Peter's Church in Bray, with an American flag being draped over her coffin during her funeral. Lefeuvre recently traveled to Ireland none the less, determined to see the bracelet safely back in the family's hands.

"I never knew Josephine but through my research I feel I know her like a friend. After all these years of trying to find her, coming to Bray with the bracelet is like bringing her home," she said.

The World War I bracelet’s remarkable journey will now be told in a French documentary set to air next week.

Ever thought a precious possession was lost forever only to have it return suddenly? Hopefully, you didn't have to wait a century for it to find its way back.