The number of Irish-born soldiers who died in World War I while serving the United States army is actually three times higher than previous estimates. 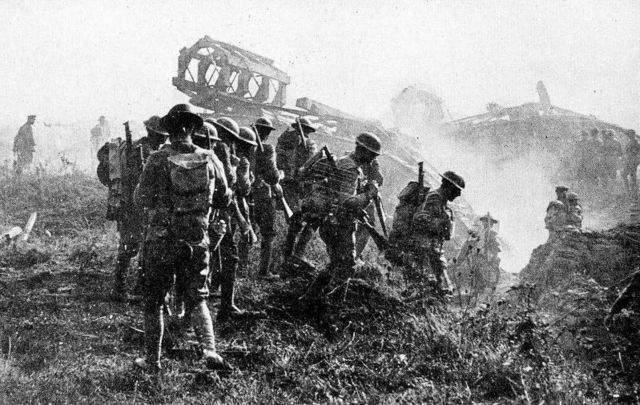 The number of Irish-born soldiers who died in World War I while serving the United States army is actually three times higher than previous estimates, claimed one genealogist.

Megan Smolenyak, the genealogist who traced Barack Obama's roots to Moneygall, Co Offaly, wrote in the April - May 2015 issue of IrishCentral's sister publication Irish America magazine that previous research "significantly" understated the real losses of Irishmen in the Great War.

"Many more Irish-born were killed serving the American military than previously thought. The true figure may be 900 or 1,000, but it's likely somewhere in this neighborhood," Smolenyak said.

Previously, experts have turned to America's army registration data to investigate the losses. However, the bulk of US military personnel records from 1912 to 1960 were destroyed by a fire in 1973.

After Smolenyak came across a New Jersey database focused on WWI soldiers, she discovered that 69 Irish-born individuals from New Jersey had died during the conflict. As 3,427 from NJ had died altogether, Smolenyak used basic arithmetic to conclude that about two percent were Irish nationals. She then applied a similar method to New York focusing on births, deaths, and enlistment records, using census records, military abstracts and ancestry websites. She eventually estimated that 976 Irish nationals died fighting for the US.

"In spite of these measurement complications, I believe that 976 is a fair reckoning for men of Irish birth who gave their lives in service to the USA in the World War," she wrote in Irish America Magazine.

She says the biggest difference between the new numbers and older estimates is that she had the benefit of "hard casualty data.”

"These figures are more reflective and I've shared these figures and my thought process with the idea of provoking conversation," she told the Irish Independent.

"I found 69 Irish-born men in the New Jersey database, but when I searched the Irish National War Memorial Roll of Honour, I could only find one of them included, so adding the other 68 would be an easy starting point – and that's just one single American state," she said.

"I'd love to see more local efforts like Longford at War to profile individual soldiers. Of all those I researched, this was the only website that acknowledged soldiers by his home county."

Smolenyak, whose Irish American grandfather served during the war, said she has always been "unnaturally obsessed" with the historical links between Ireland and the United States.