"Descendant" follows descendants of slaves brought to the US on the Clotilda as they attempt to reclaim and preserve their history. The voyage was financed by Irish slave owner Timothy Meagher. 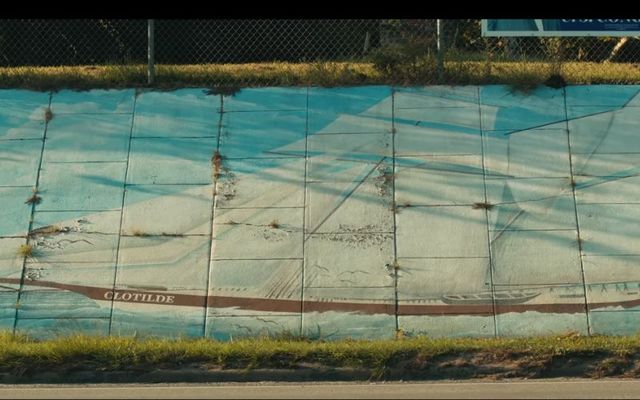 A new Netflix documentary follows the descendants of survivors of the last recorded vessel to bring slaves to the US, also focusing on the role of Irish-American slave owner Timothy Meagher in the affair.

"Descendant" follows activists in the black community of Africatown in Mobile, Alabama as they attempt to reclaim and preserve their history.

Many of the residents in Africatown are descendants of the survivors of the Clotilda, a schooner that brought African slaves to Alabama in 1860, decades after international slave trade had been outlawed. The ship sailed from Mobile on a trip funded by Timothy Meagher, the son of Irish parents.

Filmmaker Margaret Brown explores the means by which African-American history was buried, starting with Meagher and Clotilda captain William Foster's efforts to burn and submerge the vessel in the Mobile River - a deliberate attempt to hide the evidence of their crime.

Meagher's attempts to hide the evidence resulted in the story of the Clotilda and the 110 slaves it brought to the US being shrouded in secrecy and doubt for over a century.

The ship's story was subsequently passed down orally from generation to generation until its remains were discovered mostly intact in 2019.

In one scene in the new documentary, residents of Africatown gather shortly after the ship's discovery to meet with Mobile officials and various organizations involved in the search. National Geographic archaeologist Dr Fredrik Hiebert poignantly presents those gathered with an artist's depiction of their ancestor's voyage across the Atlantic, showing naked black bodies huddled and crowded below deck as they travel toward a life of enslavement.

Dr. Hiebert described the Clotilda as "one of the great untold stories of American history". The revelation of the illustration has an evidently traumatizing effect on the Africatown residents who had gathered to see it.

Brown, who is the descendant of slave owners on her father's side, told the Guardian that she tracked down Meagher's descendants to give them an opportunity to speak about their culpability in the incident.

The Meagher family, which remains a powerful and influential family in Mobile, refused to appear in the documentary, something which disappointed Brown.

"I don’t think I would have made the film if I had known that’s where I’d be two years in. I’m in a position that I wouldn’t have chosen. But I also knew at a certain point no one else can make this film. I have the connections. I already have the trust of the community. No one else is doing this. I really believe in their fight," Brown told the Guardian.

The Meagher family finally broke their silence on the issue last week, stating that what Timothy Meagher did "had consequences that have impacted generations of people".

"Our family has been silent for too long on this matter. However, we are hopeful that we — the current generation of the Meaher family — can start a new chapter," the family said in a statement to AP.

"Our goal is to listen and learn, and our hope is that these conversations can help guide the actions our family takes as we work to be better partners in the community."

The Meagher family has also started to meet with Africatown residents following the release of the documentary, the statement added.

Brown said she didn't see herself as the documentary's director because it "wasn't her story to tell".

Brown acknowledged that she had "several blind spots" because she is a "blond-haired, blue-eyed woman" and recruited her friend Essie Chambers - the daughter of black civil rights activists - to help cover those blind spots.

She has also collaborated with executive producers such as Barack and Michelle Obama and Ahmir “Questlove” Thompson, who is a descendant of a Clotilda survivor.