On This Day: Pro-slavery advocate John Mitchel is born in Derry

John Mitchel was one of the most extreme pro-slavery advocates of the American Civil War. 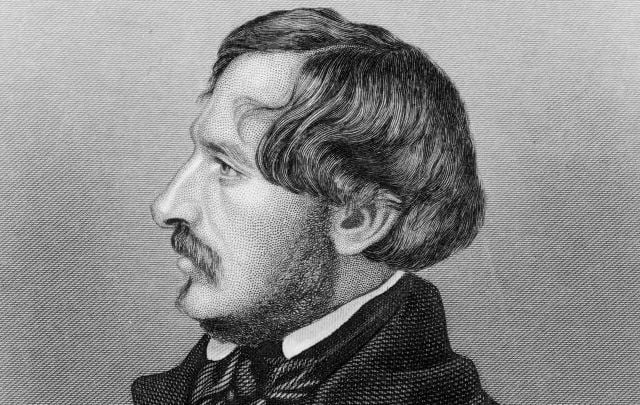 Celebrated as an Irish rebel hero John Mitchel was one of the most extreme pro-slavery advocates of the American Civil War. Getty Images

John Mitchel was born on November 3, 1815 in Derry. Though often memorialized as a hero in both the US and Ireland, it is time Irish and Irish Americans disavow the pro-slavery advocate.

Throughout Ireland, there are streets, squares, statues, and football clubs dedicated to John Mitchel, an Irish revolutionary of the mid-19th Century famous for his newspaper “The United Irishman” and his book “Jail Journal” about his love for Irish freedom and his insistence on the common bond between all Irish, Catholic, Protestant, and Dissenter.

Mitchel, a Presbyterian, was a giant of the Young Ireland movement and a close confidant of Thomas Francis Meagher, the Irish American hero.

The British feared Mitchel’s pen, and in a show trial, convicted him of sedition and treason. Transported to Tasmania, he escaped from the penal colony in 1853 and eventually found his way to America. He settled in New York and later moved to Knoxville, Tennessee.

He has been revered as a leading revolutionary in Ireland, a man whose defiance of British rule, especially during the Famine era, has rightly been held up as an example of patriotism and commitment to equality and justice.

To this day he survives among the greats in the pantheon of Irish Americans and Irish heroes. His name is all over Ireland.

A significant number of Gaelic Athletic Association clubs are named in his honor, including Newry Mitchel’s football club in his home town, John Mitchel's Claudy, Castlebar Mitchel’s GAA, John Mitchel's Glenullin, John Mitchel's Liverpool, and others both north and south of the border, as well as several in England and Australia.

A statue to Mitchel was also erected by the people of Newry and is located at John Mitchel Place, an extension of Newry's main street, Hill Street.

Mitchel Park in Dungiven, Northern Ireland is named after him as is Mitchel County, Iowa, in the United States.

Fort Mitchell on Spike Island in Cork Harbour is also named in his honor. There are Mitchel Streets throughout Ireland.

Yet, as journalist Patsy McGarry cogently argued in a September 2017 column for The Irish Times, all the monuments and football clubs and streets are commemorating one of the most extreme pro-slavery advocates of the American Civil War. 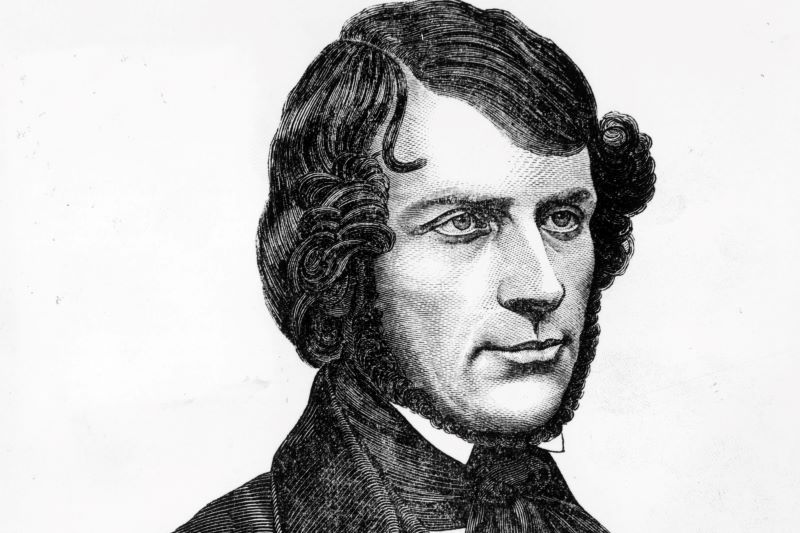 Mitchel had an unforgivable passion for slavery calling blacks "an innately inferior people" and stating, “We deny that it is a crime, or a wrong, or even a peccadillo to hold slaves, to buy slaves, to keep slaves to their work by flogging or other needful correction. We wish we had a good plantation well-stocked with healthy negroes in Alabama.”

In letters, he stated that he wanted to make the people of the US "proud and fond of [slavery] as a national institution, and advocate its extension by re-opening the trade in Negroes." He claimed that slavery was inherently moral and "good in itself" and stated that he "promotes it for its own sake."

In 1857 in Knoxville, Tennessee, he founded a new paper, the Southern Citizen, to promote "the value and virtue of slavery, both for negroes and white men." He called for the reopening of the African slave trade and encouraged the spread of slavery into the American West.

Mitchel feuded with Jefferson Davis, whom he regarded as too moderate. He described Abraham Lincoln as "... an ignoramus and a boor; not an apostle at all; no grand reformer, not so much as an abolitionist, except by accident – a man of very small account in every way.” He lost two sons fighting for the confederacy. When it came to supporting slavery he was all in.

As the excellent McGarry article points out, in Mitchel's view the “peculiar gentleness of demeanor and quiet courtesy” of the south in the US could be attributed to slavery, while he felt the southern custom of speaking gently to servants and slaves created “a softness of manner and tone which, in educated people, being united with dignity, and self-possession, gives me the ideal of a well-bred person.”

His Young Ireland colleagues such as Meagher violently disagreed with him. The plain fact is that one of Ireland’s most revered freedom fighters was rabidly pro-slavery.

McGarry poses the question: are we right to honor Mitchel? The answer seems clear, a resounding 'No.' It is time he was held accountable for his advocacy of slavery. Time to strike him from the list of Irish American heroes. Time to rename the streets, take down the statues. What good John Mitchel did was surely overshadowed by his desire to keep and expand slavery and keep fellow human beings in bondage. Even by Civil War standards, his vicious advocacy of slavery stands out.