Find out the origin of the Irish family name Moloney, its famous members, and other interesting facts. 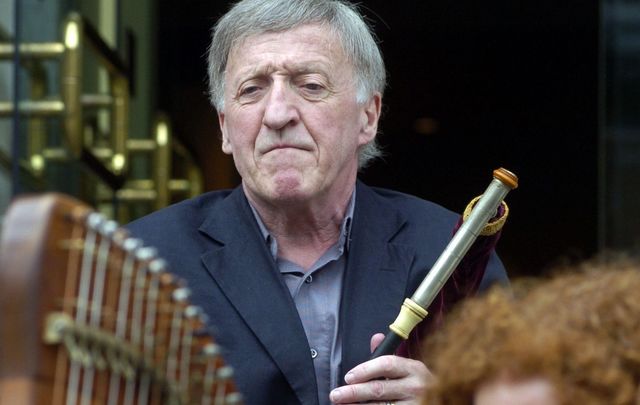 Everything you need to know about the Irish surname Moloney - its meaning, origins, interesting facts, and famous people with the last name Moloney.

Moloney is derived from the Gaelic O Maoldhomnaigh, meaning a descendant or a servant of the church.

The name is often spelled Maloney but the O'Moloney (or O'Maloney) form of the name is only rarely found. The family was originally associated with the area around Tulla, County Clare but is now commonly found in Limerick and Tipperary.

Read more: The official top 20 Irish surnames - is yours one of them?

The North Tipperary name Maloughney has also been transformed to Moloney in some cases. A notable member of the Moloney family is Martin Moloney (1847-1929) who was born in Thurles, County Tipperary. While he was still a baby, his parents were forced to emigrate from their famine-stricken Ireland, leaving their children behind in the care of relatives. It was 1854 before his parents could bring their children to the U.S. to live.

Martin developed a keen interest in chemistry and invented and patented a gas burner for use in street lighting. On the strength of this invention, he established the Moloney Manufacturing and Lighting Company. His burner quickly became a success and he obtained many prestigious and large contracts for lighting. Among these were the Centennial Exposition, and the streets of Philadelphia, Pittsburgh and Jersey. This success allowed Martin to form the Pennsylvania Globe Gas Light Company, from which, by means of acquisitions and expansion, he formed the Philadelphia Electric Company. This success in turn led him to become a factor in the Electric Company of America. He was also an early investor in Standard Oil, the Pennsylvania Railroad, and held many other interests.

He spent a large part of his wealth on the Catholic church. He built five churches in the U.S. and generously contributed to the church in France and Italy. He paid for the restoration of St. John Lateran in Rome. Among his other endowments were chemistry laboratories, homes for the aged and the Maloney Clinic in the University of Pennsylvania. In 1903, Pope Leo XIII made him a Papal Marquis.

Another religious member of the clan was Belinda Moloney (1781-1865) who was born in Clare and became a Presentation nun. Her order sent her and two colleagues to Newfoundland, Canada to develop schools. She and her companions were the first nuns to reach Newfoundland where she continued working with children for the rest of her life.

Moloneys of a different philosophy were those who joined the army of King James II, who was the champion of the Irish Catholics in the war against King William of Orange. Prominent among those was Captain Daniel Moloney whose estates in County Clare were confiscated in 1703 because of his support of James.

In the American Revolutionary Army, there were 97 Maloneys, including Lieutenant Thomas Maloney of Lancaster County, Pennsylvania Militia and Captain Maloney of the Privateer Buckram in Massachusetts Naval Service. In modern Ireland, perhaps the most famous holder of the name is Paddy Moloney, leader of the traditional music group, The Chieftains.

Read more: What do the names of Ireland's counties mean?